CHESTERFIELD COUNTY, Va. (WTVR) – Did you see police with guns along the side of Interstate 95 this morning? A bus transporting prison inmates from Sussex I and Sussex II State Prisons broke down along Interstate 95 North just after 6:00 a.m. Monday.

Local and state police were called to the scene  as a security precaution, according to Larry Traylor, Director of Communications for the Virginia Department of Corrections.

Traylor said the inmates were transferred to a second bus “without incident.” CBS 6 photojournalist Andy Pederson counted 22 inmates unloaded off the broken bus.

Citing security policy, Traylor would not say where the inmates were being transferred.

The exit to eastbound Route 10 (Exit 61 A) on Interstate 95 North was closed for a short time during the transfer. 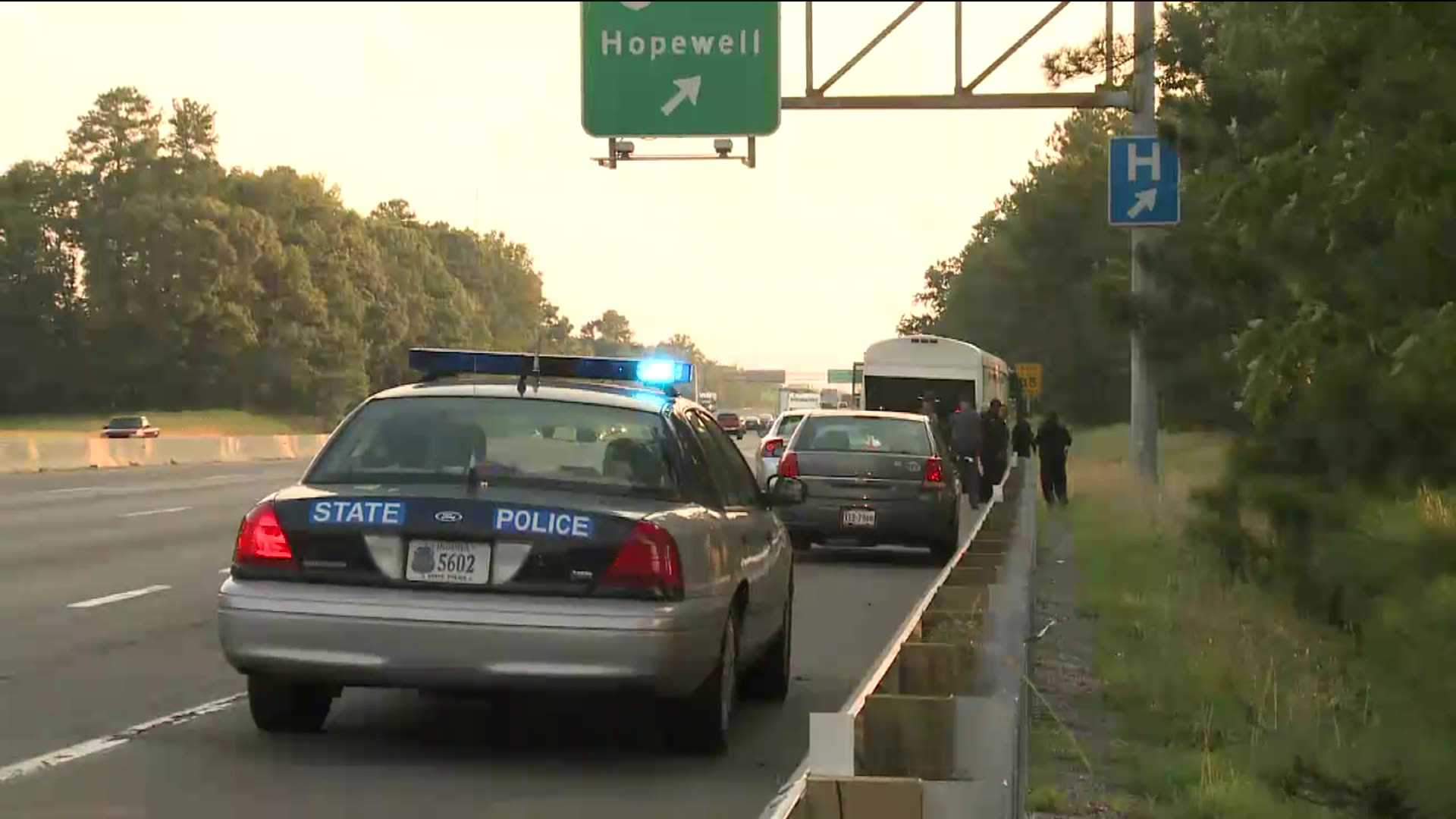