A press release from Capt. James Mellon said that Henrico 911 had a rush of calls, reporting wires and trees down. They received more than 150 calls for service in over an hour.

Capt. Mellon said that service calls were prioritized to meet the demand.

There were several incidents involving life-threatening injuries said Mellon. Two citizens were injured when a tree came through the house. One injury was treated on scene and the other was transported to the hospital with non life threatening injuries.

There were over 20 reports of trees into houses were received. There were two reports of roofs that had blown off buildings, with no injuries reported.

Cpt. Mellon said that Henrico seems to have been hit the hardest by this storm that pounded through the area.

He said they continue to respond to the reports of wires and trees down. He also said that Henrico Fire Department cautions all citizens to stay away from downed lines.

Lines may not seem energized but can become energized as Dominion Power attempts to restore service.

Stay at least 30 feet away from any downed lines.

Dominion Virginia Power estimated about 93,000 Henrico customers without power at 4:30 this afternoon and 145,584 total in the Greater Richmond area. 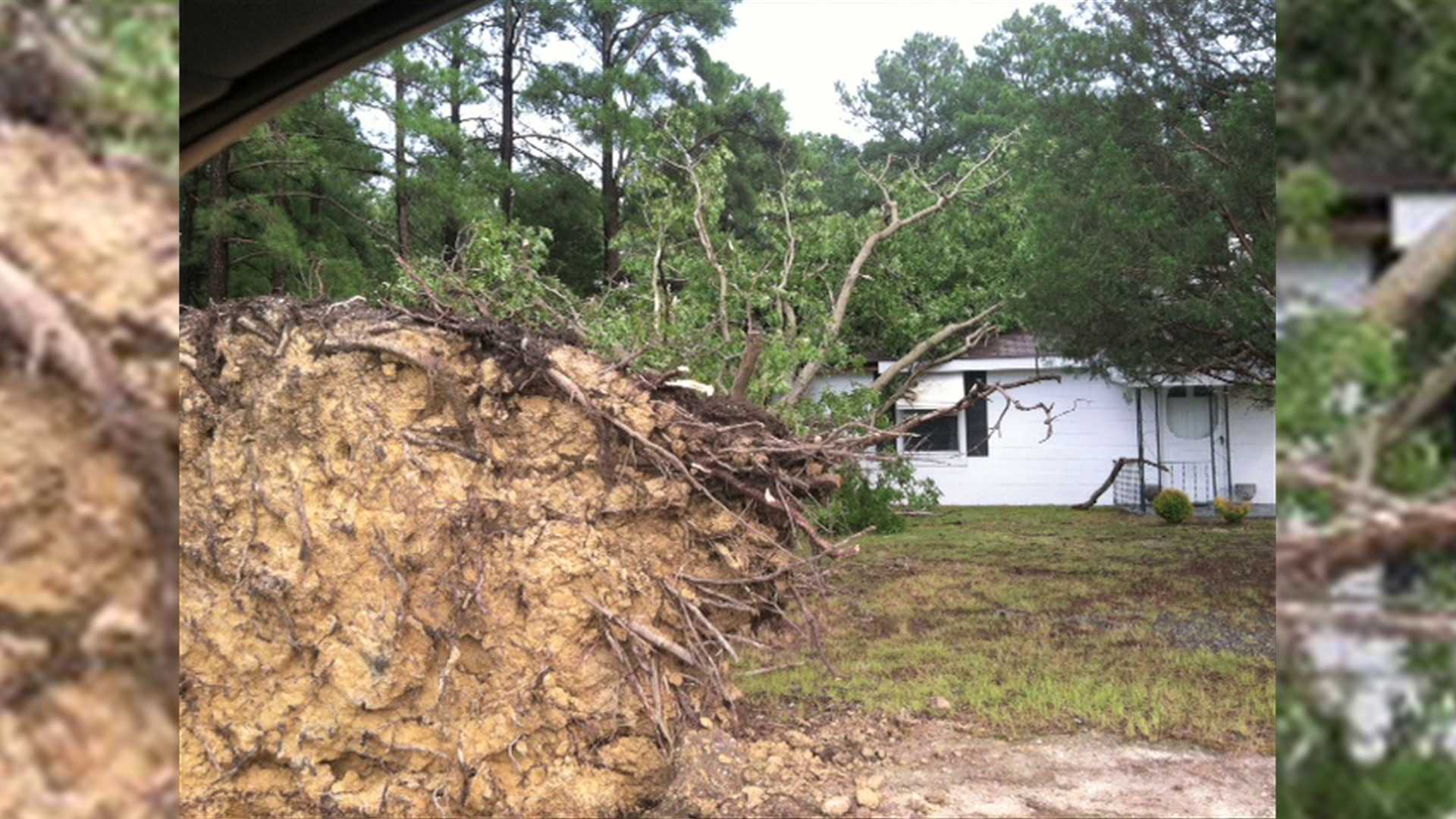