Man jumps off I-295 bridge to avoid accident

PRINCE GEORGE COUNTY, Va. (WTVR) – A man is recovering in the hospital after jumping off a bridge to avoid an accident.

It happened just before 2 a.m. Sunday morning on Interstate 295, near mile marker 13.

Brad Owens, Director of Prince George County Fire & EMS, tells CBS 6 the man’s vehicle was broken down on the side of the road. He was standing outside his vehicle when another accident happened, so he jumped off a bridge over the Appomattox River in order to avoid the crash.

The male victim fell 100 feet down a ravine. Technical rescue crews were called in to lift the man to safety. Rescue crews say he suffered extensive back injuries. He was transported to the hospital where he is listed in stable condition.

One of the other drivers involved in the crash was also taken to the hospital.

The cause of the crash is still under investigation. 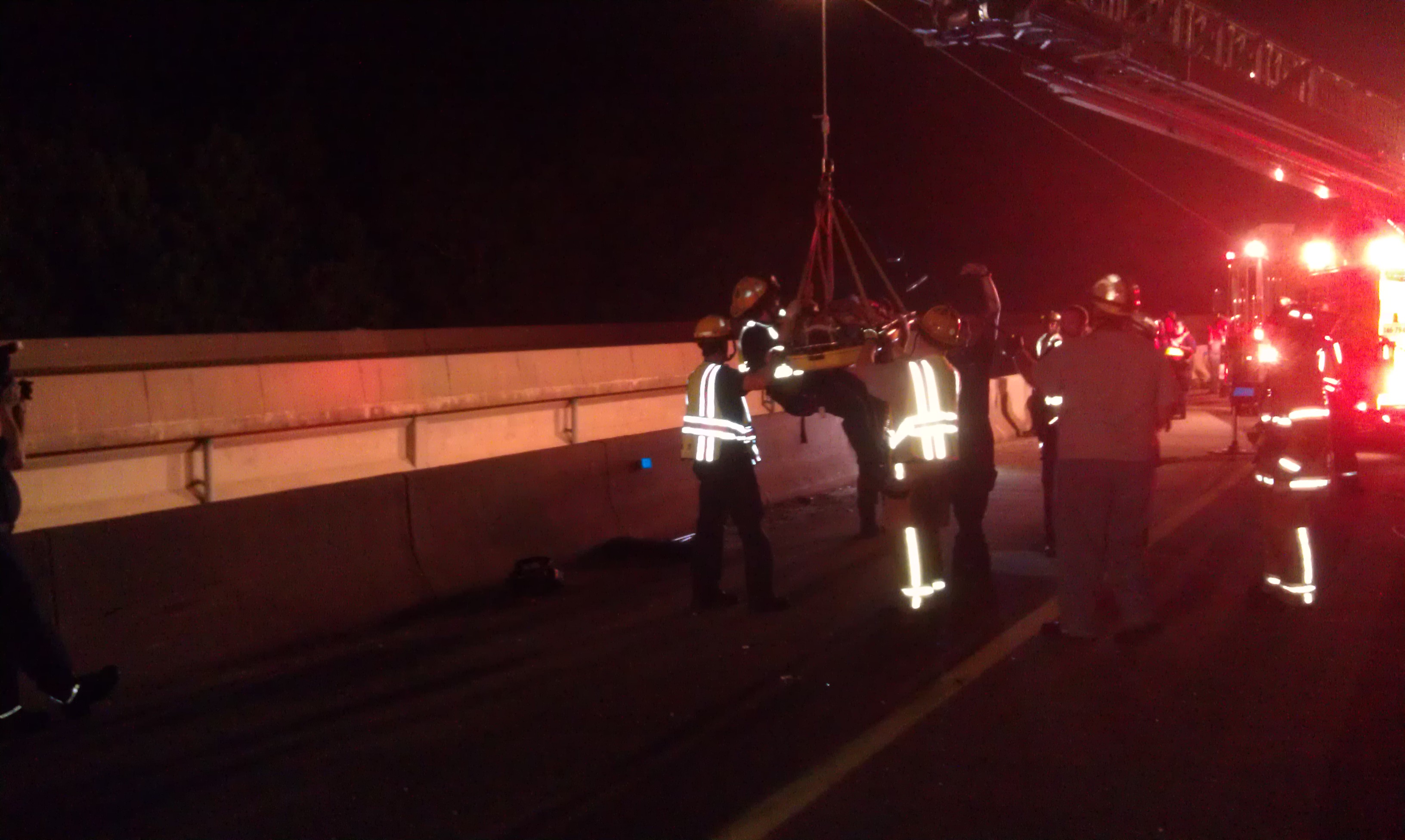 If you see breaking news, shoot a photo or video and send it to CBS 6. You can also upload photos to our Facebook page or email pics@wtvr.com from your phone.