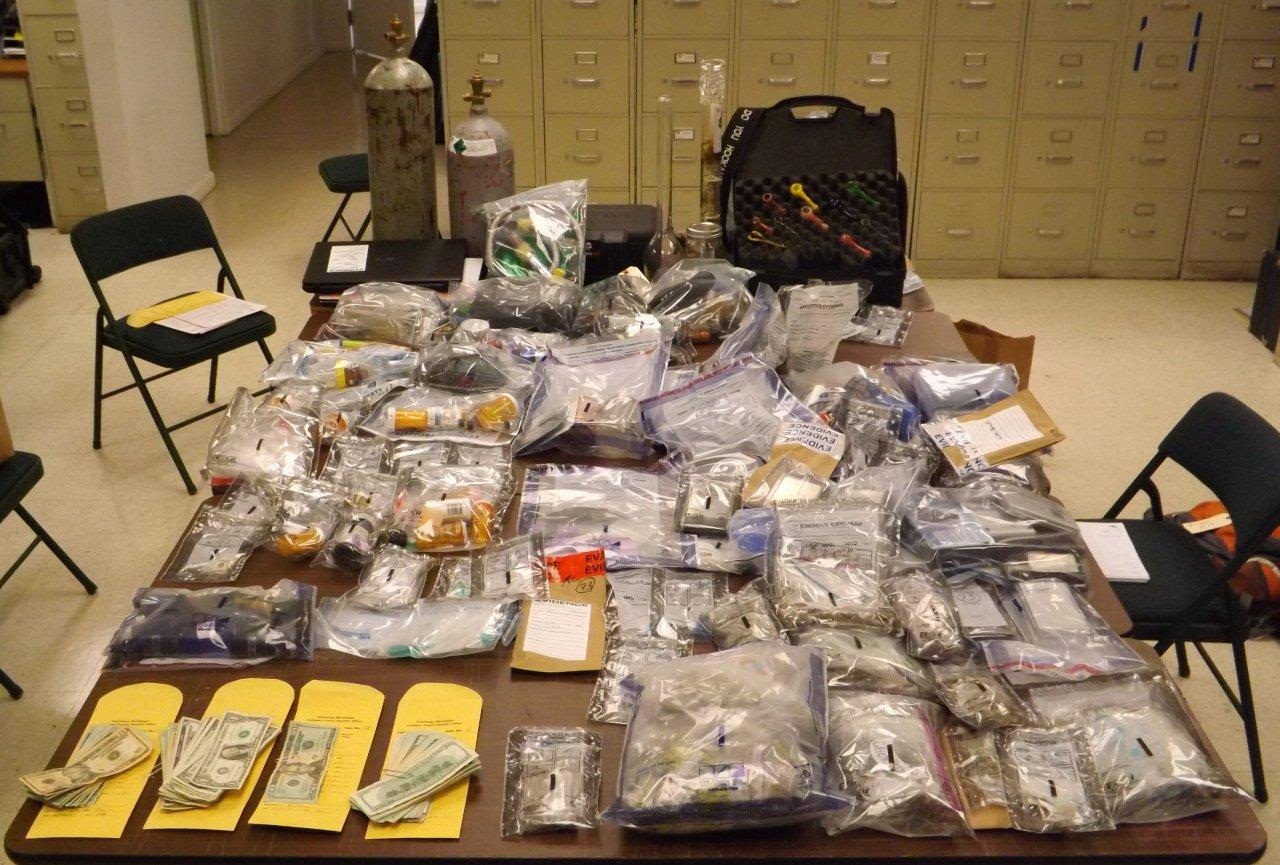 UPDATED: Ravers respond to weekend drug raid. A search warrant shows that an undercover officer entered the premises and was offered Ketamine and LSD for sale. Read more here.

CULPEPER, Va. (WTVR)–A rave advertised on the internet and Facebook attracted thousands—and resulted in the seizure of heaps of drugs and loads of cash.

The rave, called Camp Glow, was a large outdoor music festival with lasers, bands and a stage, as well as overnight camping.

Things darkened quickly for the ravers though, once Culpeper County Sheriff’s Office raided early Sunday morning with more than 20 state and local law enforcement officers. Officials said  they obtained a search warrant based on earlier observations.

The record scratched and the music stopped for good once the police were inside.

Officials said they learned about the two-day rave on its first night, Friday, June 15. Deputies claimed that complaints of noise violations tipped them off to the party. They also mentioned in the press release that the rave was advertising online and on Facebook.

The rave was hosted on the 24000 block of Somerville Rd., a rural area near Commonwealth Park in the southern end of Culpeper County. Thousands from around the East coast were in attendance, at least said officials.

Google maps shows that organizers might have selected a not-so-secluded location. Coffeewood Corrections Center is only 4.6 miles away, by road. The proximity between the two locations looks to be less than two miles. Certainly loud music and bright lights could carry through the night.

The Sheriff’s Office made the following arrests:

Additional arrests are expected resulting from this ongoing investigation.

Anyone with information about this rave is encouraged to contact the Culpeper County Sheriff’s Office Criminal Investigations Division at 540-727-3400.

CBS 6 is looking further into this story and will have a report on CBS 6 News. Anyone who attended and wishes to speak to WTVR is encouraged to email the station at newstips@wtvr.com