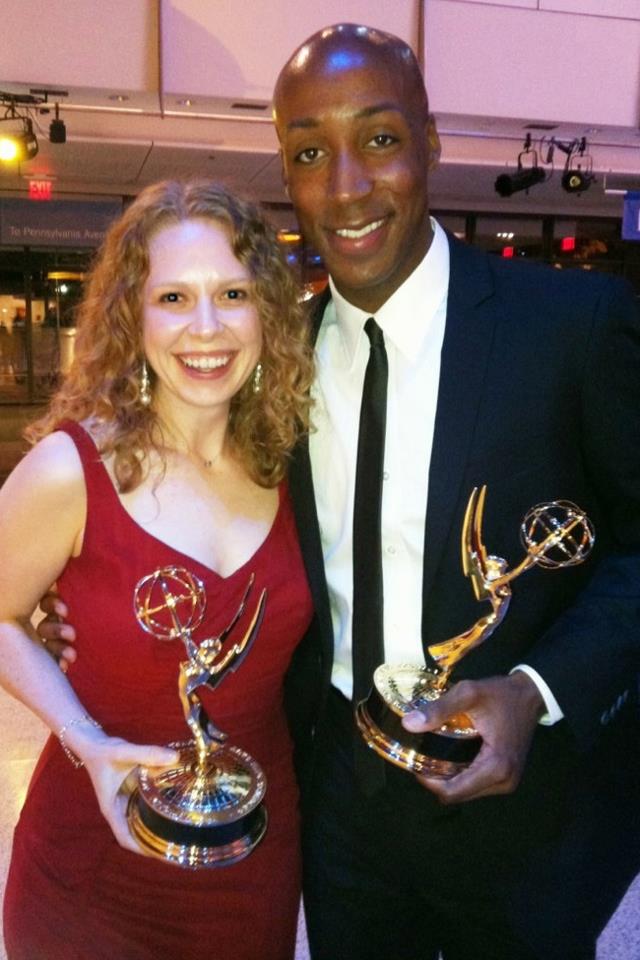 RICHMOND, Va. (WTVR) – The South’s First Television Station, CBS 6 WTVR-TV, was honored with 12 Emmy Awards at the Newseum in Washington D.C. this past Saturday.

The list of Emmy awards reflects a diverse focus in coverage from the CBS 6 News team; spanning a range of story topics that delved into crime, culture, history, property investigations, politics and weather.

WTVR’s 12 Emmy Awards were the most awards received by any television station in the region.

CBS 6 is proud of these achievements as we believe they reflect the station’s dedication to our community.

The list of winners, with links to the video archive of each story,  is below.  To view all the Regional Emmy winners, click this link: PDF OF WINNERS.

“A Life Like Yours”
Sam Brock, Reporter
Ama Arthur-Asmah, Photojournalist

CBS 6 Winter Weather Outlook: Before, During And After The Storm
Zach Daniel, Chief Meteorologist

The Weather Of 2011: A Year To Remember
Zach Daniel

Depend on CBS 6 News and WTVR.com for the most complete, in-depth coverage of local news in Central Virginia.