DOSWELL, Va. (WTVR) – Kings Dominion might be a great place for an 11-year-old to have a birthday party, but you might not choose the amusement park as the site for a 90-year-old’s celebration.

But that’s exactly where George Keeney is spending his 90th birthday.

Keeney, who works the front gate at Kings Dominion, received a surprise this morning when he showed up to work. His co-workers decorated his booth in honor of the big 9-0. 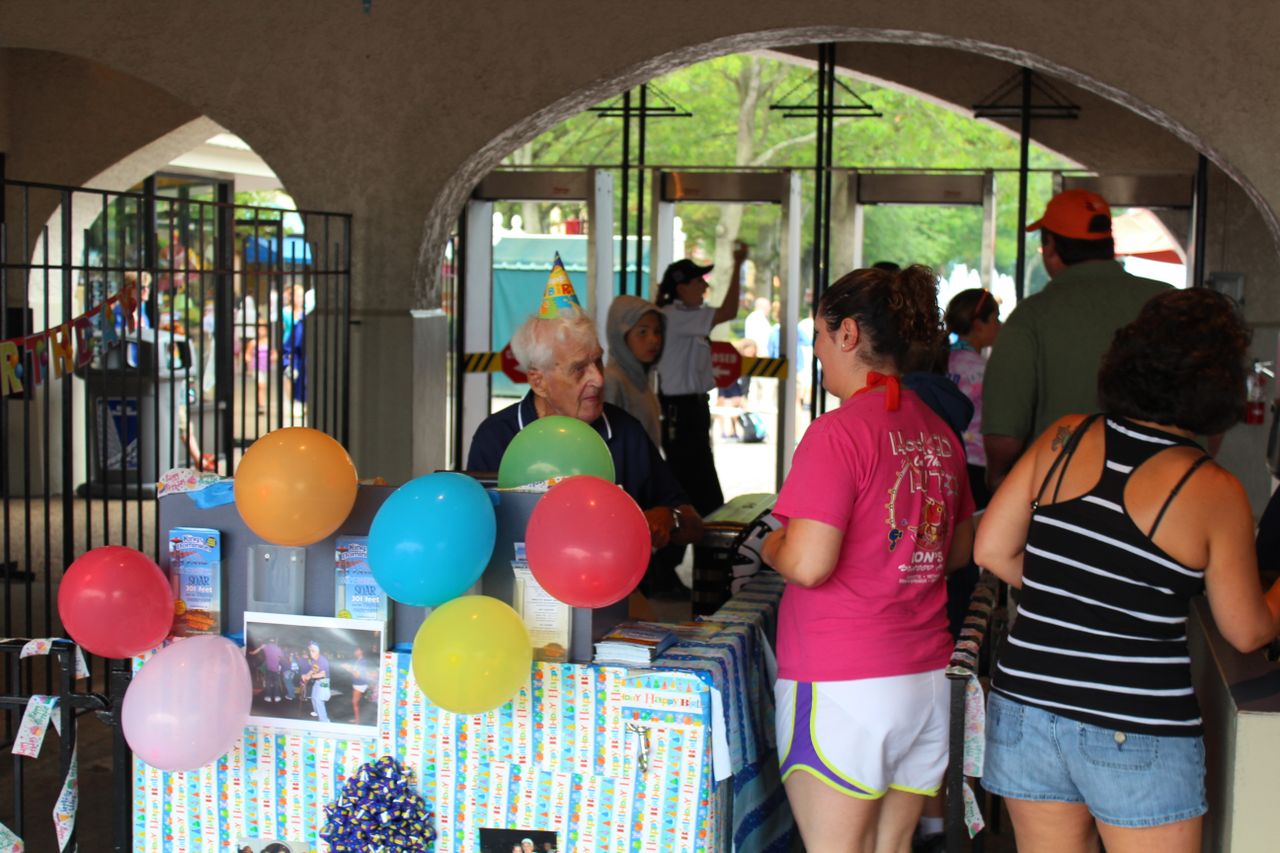 “They went all out,” Keeney said of the surprise. “I got a good crew working with me!”

The Ashland native has worked for Kings Dominion for 15 years.

“He’s my inspiration. To be 90 years old, come to work everyday and do what he does is remarkable,” said Keeney’s boss, Brenda Boxley. “You can’t use age as an excuse because George proves that age has nothing to do with it.”

Keeney said he’s glad he made it to 90 and that he’s the first one in the family to do so.

I wonder if he’ll ride the Grizzly 90 times to celebrate the milestone?