Unconfirmed tornado touches down in Hampton 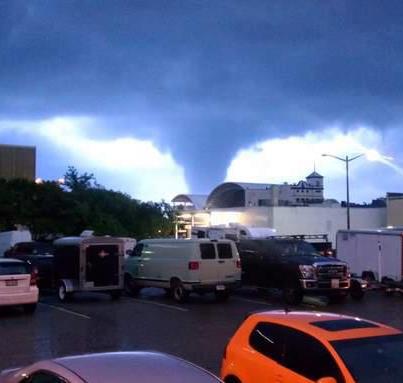 “Based on the video, I feel safe in saying it was a tornado,” National Weather Service meteorologist James Foster told the newspaper.

Pictures posted to Facebook show damage at the Black Beard Festival in Hampton.

Dominion Virginia Power reported 5,200 customers in Hampton Roads are without power at this hour.

There have been no reported deaths nor injuries.