(CNN) - A Washington think tank celebrated Prince Harry on Monday night for his humanitarian efforts, with the British royal deflecting the praise by offering his own salute to wounded war veterans.

Harry was among the guests of honor at the event marking the 50th anniversary of the Atlantic Council, which describes itself as a "nonpartisan institution devoted to promoting transatlantic cooperation and international security."

The grandson of Queen Elizabeth II arrived around 6:15 p.m. at the Washington Ritz-Carlton in a black tux, with photographers yelling his name and a few girls shrieking as he walked inside.

Third in line to the British throne, Harry is a captain and Apache helicopter pilot in Britain's Army Air Corps. Powell, himself a longtime soldier and one-time U.S. Joint Chiefs chairman, was quick to point that out. He also joked that thanks to the 27-year-old royal, "We have a record number of young, single women attending (the Atlantic Council awards dinner) this year.

More seriously, Powell cheered Harry -- like his brother, William -- for embracing "the noble traditions of service to his country and to his fellow human beings." He singled out their work with veterans through Help for Heroes, Walking with the Wounded and other such programs.

"The loving effort that Princess Diana made to teach her sons the importance of serving others has touched (their) hearts and souls," said Powell. "They have acted together in support of veterans' charities ... and the impact of (that) work is already very, very significant."

Harry then took the stage, admitting it was a "truly humbling and a little terrifying" to follow Powell and that he did not "feel that I have done nearly enough to deserve" the award. Still, he said he'd accept it "on behalf of my brother, William, our foundation (and) all those guys on both sides of the Atlantic who work so tirelessly to support our veterans." 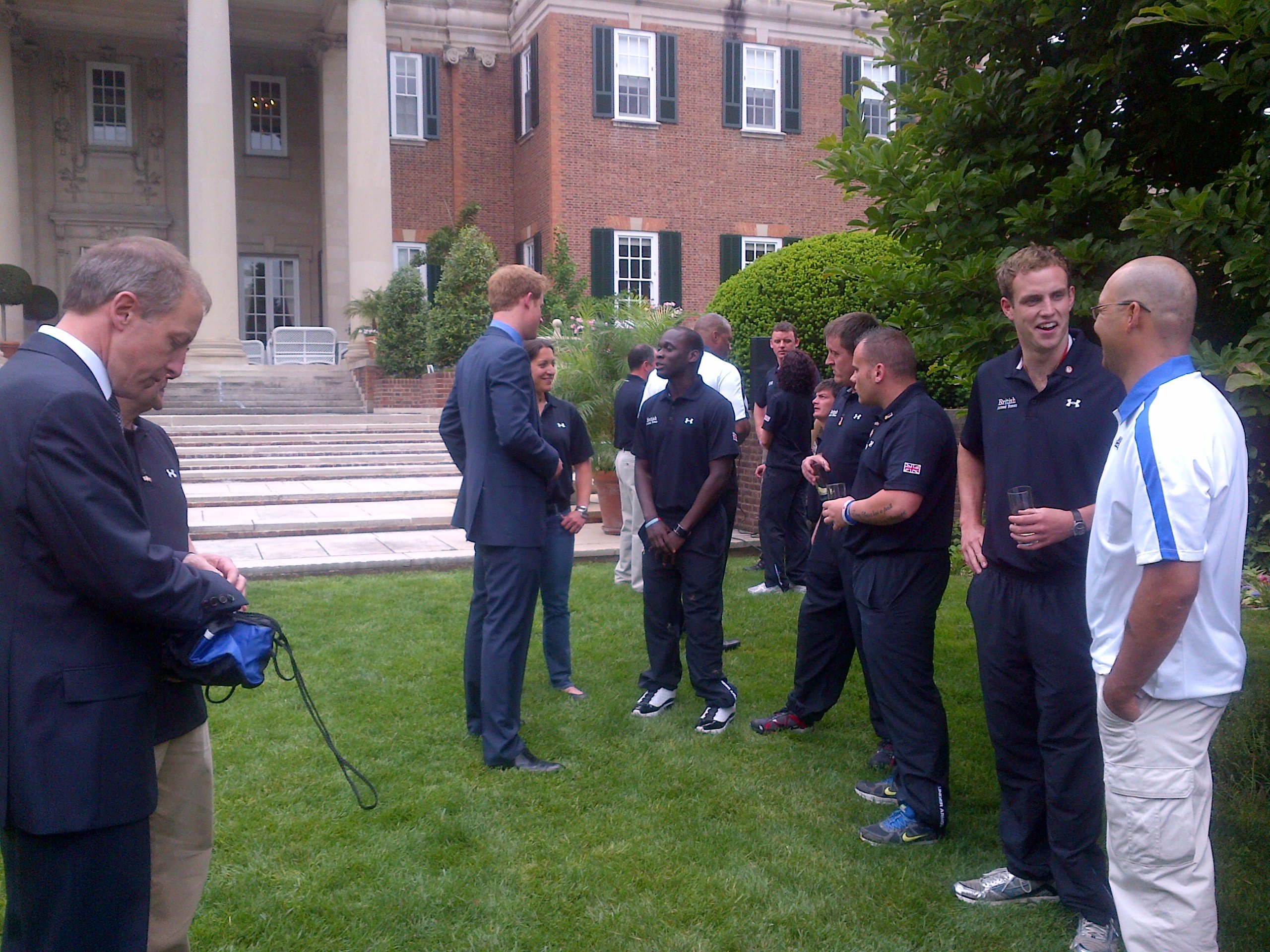 He paid special tribute to troops who have been scarred in one way or another while serving their nations, stressing the importance of giving them supporting well after they leave the battlefield.

"They have paid a terrible price to keep us safe and free," Harry said. "The very least we owe them is to make sure that they and their brave families have everything they need through their darkest days -- and, in time, regain the hope and confidence to flourish again.

"For these selfless people, it (is) after the guns have fallen silent (and) the din of battle quieted that the real fight begins -- a fight that may last for the rest of their lives."

Hours before the event, the prince met with injured soldiers at an event at the British Embassy in Washington. It is his first trip to the capital, although not to the United States. He went to the deserts of Arizona and California last year to take part in helicopter training.

And it comes after William and his new wife, Catherine, the Duchess of Cambridge, were met with huge and enthusiastic crowds during their visit last year to the United States and Canada.

Others honored by the organization, which runs programs focused on security, cooperation, economics, the environment and which centers on the Middle East, Africa and Asia, were Unilever CEO Paul Polman and violinist Anne-Sophie Mutter.