NEW KENT COUNTY, Va. (WTVR) – Authorities said Thursday that several people have been arrested in connection with a string of break-ins in New Kent County.

In fact, the New Kent County Sheriff’s Office said the scope of their investigation is expanding to include break-ins in King William, King and Queen, James City, Gloucester and West Point.

This started when the sheriff’s office received a call around 1 p.m. Wednesday about a suspicious situation on Stage Road.

The caller told dispatchers that several men approached their home. When the homeowner confronted them, the men said they were looking for someone the homeowner had never heard of.

As a result, the homeowner called police with a description of the vehicle and occupants.

A deputy spotted the vehicle, which was being driven by 21-year-old Luke Forbes, of 778 Providence Rd. in Center Cross. The deputy said he was driving with a suspended/revoked license.

Official said Forbes dropped the other occupants off in the area, so deputies conducted a search.

The deputies discovered that two homes had been forcibly entered and that property had been taken. One home was in the 4500 block of Good Hope Road and another was on Mountain Laurel Road.

After an extended ground search, which included members of the Virginia State Police, their canine unit and a helicopter, officials figured out that the two other suspects had likely been picked up and were not in the area.

Warrants were also obtained for another man who was picked up by West Point Police.

Thirty-one-year-old Joseph Pitts, of of 21 Street in West Point, was turned over to the New Kent Sheriff’s Office at about 11:15 p. m.

Additionally, the New Kent County Sherriff’s Office said they found numerous items from a number of other burglaries. Accordingly, the men will likely face additional charges. 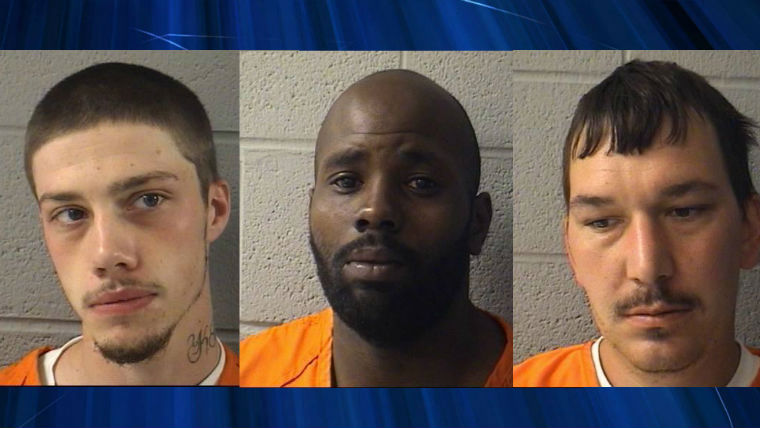