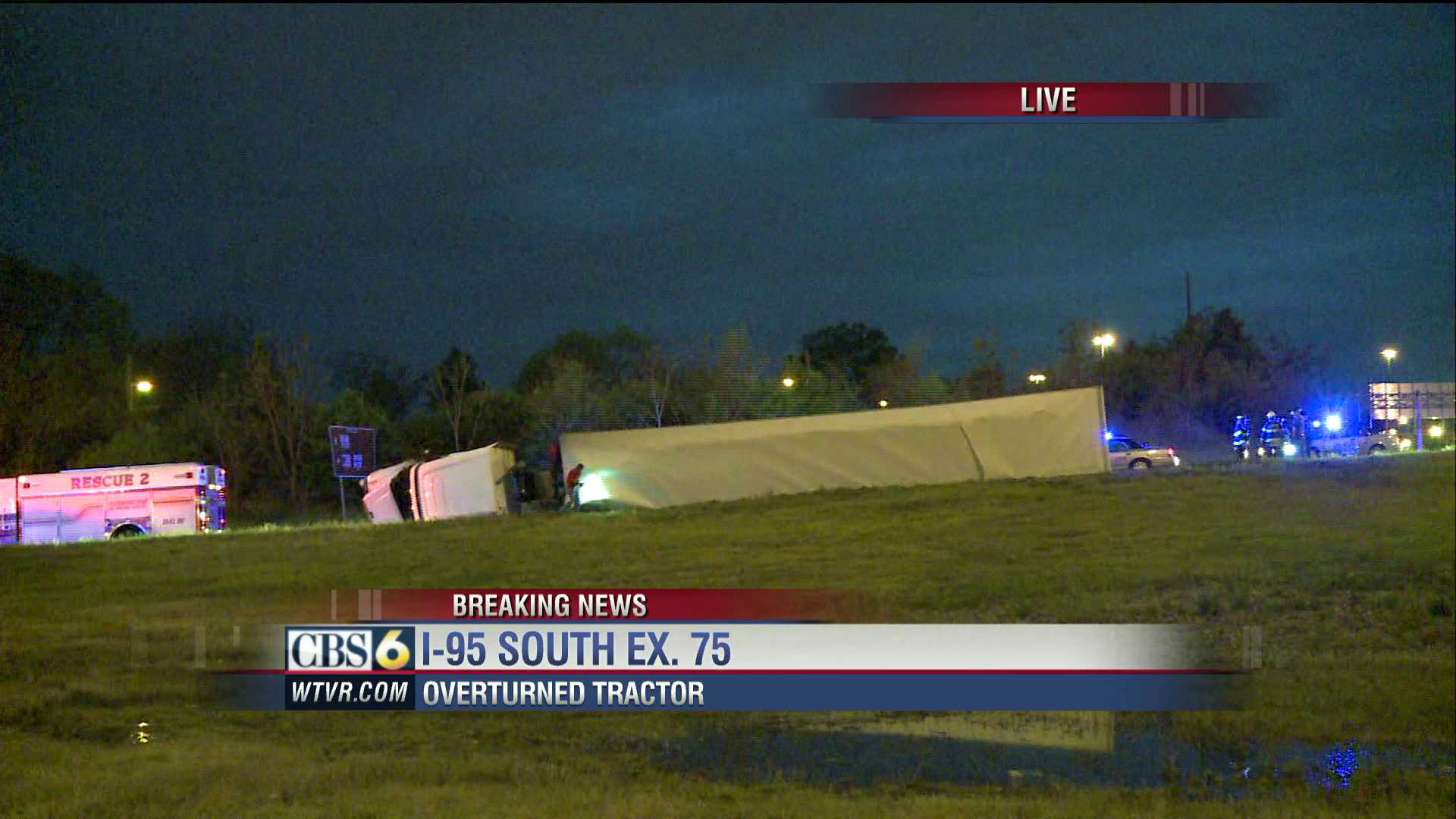 UPDATE: Virginia State Police report the ramp reopened just before 12:30 p.m. this afternoon. The driver of the tractor trailer, Raye Cabos of La Cruz, NM, was charged with reckless driving. Officials say speed was a factor in the accident. Cruz was wearing her seat belt.

Sgt. Molnar said a tractor trailer carrying hay overturned shortly after 5:30 a.m. Monday. The driver was taken to the hospital with non-life threatening injures. The crash remains under investigation.

The on-ramp to I-64 east is open, only the exit ramp to 3rd Street is closed, Sgt. Molnar said.