RICHMOND, Va. (WTVR) - Eleven children were taken to the hospital with minor injuries after a Chesterfield County school bus, a "small" GRTC bus, a tractor trailer and a car were involved in an accident on Interstate 64 east just east of the Shockoe  Valley Bridge Monday morning, according to Virginia State Police spokesman Sgt. Thomas Molnar.

“Always be mindful of the traffic around you. You should be aware of your following distance and remember it takes some vehicles longer to stop than others," Sgt. Molnar said.

The bus was taking students from Manchester Middle School to the Math Science Innovation Center, according to a statement from Chesterfield Schools Spokesman Shawn Smith.

Smith said the school system contacted all parents of students involved in the accident. He said the uninjured students returns to school and that their visit to the Math Science Innovation Center would be rescheduled.

Molnar said police charged the driver of the 18-wheeler was following too closely. 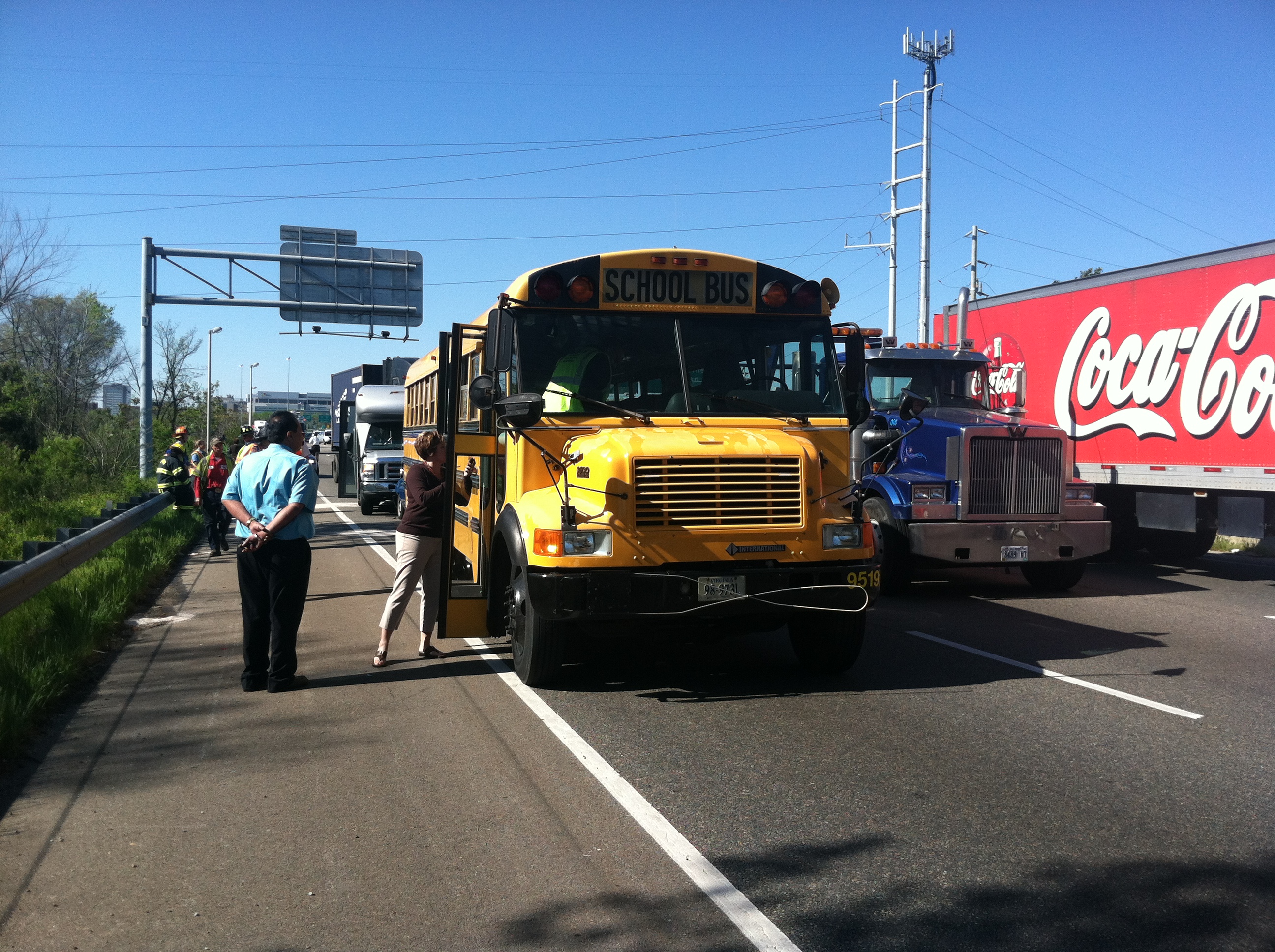