POWHATAN COUNTY, Va. (WTVR) - Three people were killed Monday morning in an accident that involved five trucks and a car on Route 60 near Bell Road in Powhatan.

Police said when the dump truck crossed into oncoming traffic, it struck a logging truck head-on. The collision caused the log truck to overturn and catch fire, police said. The driver and a passenger in the log truck and the driver of the dump truck died at the scene, Virginia State Police spokesman Sgt. Thomas Molnar said.

Another dump truck and two other log trucks were also involved in the accident that occurred just after 5:00 a..m. Monday.

James Dabney, who drove one of the logging trucks, told CBS 6 photojournalist Andy Pederson what he saw.

Both sludge and timber spilled onto the road. Police said that portion of Route 60 will be closed most of the day for clean-up.

The names of the victims have not yet been released pending positive identification and family notification.

In addition to the three deaths, police said one person was air-lifted to the hospital with what are considered life-threatening injuries. Two other people involved in the accident suffered what police called "minor" injuries. 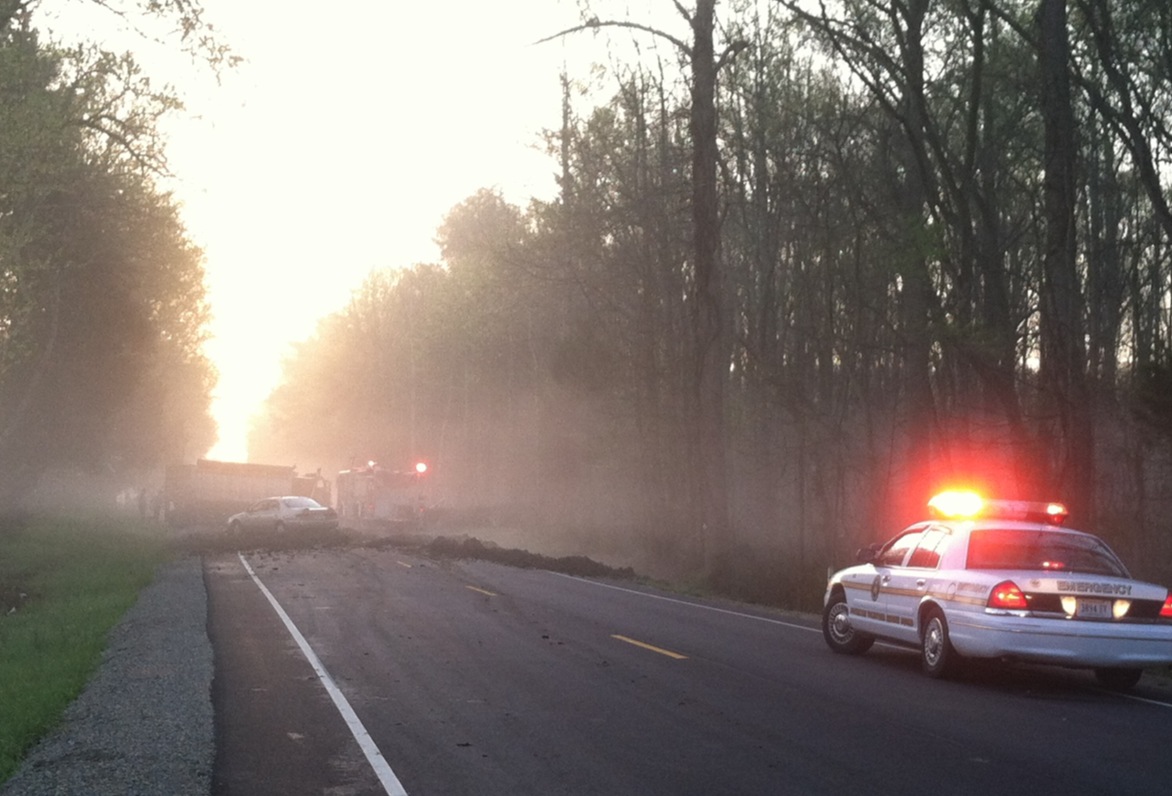 This is a developing story. Refresh this page and watch CBS 6 for updates.