Official: Washington Monument may be sinking

WASHINGTON (CNN) – The Washington Monument, which is slated for repairs after it was damaged in an earthquake last year, appears to be sinking, according to preliminary data collected by the National Geodetic Survey.

NGS surveyors and the National Park Service are investigating whether the August 23, 2011, earthquake caused the 555-foot stone obelisk to sink or shift.

“Our initial observations show a difference of around 2 millimeters at several of the survey markers in the vicinity of the monument,” Chief Geodetic Surveyor Dave Doyle told CNN.

The monument, the tallest structure in the nation’s capital, has been closed since the 5.8-magnitude quake struck the mid-Atlantic region near Richmond, Virginia.

The earthquake may be responsible for the monument to have sunk 1 millimeter, while the other millimeter may be a result of normal settling, according to Doyle.

“It will still take some time to apply the proper corrections for atmospheric conditions… to this data and perform a full analysis once the entire survey is completed — hopefully by the end of next week,” Doyle said.

The National Geodetic Survey is expanding the scope of its study to determine whether other national monuments are slipping back into the swampland upon which the nation’s capital was built.

“The survey plans are being expanded to include observations around the tidal basin to the Jefferson Memorial and Lincoln Memorial, as well as other areas along the National Mall, including the Smithsonian Institution’s Castle building, the U.S. Capitol, and eastward to Union Station,” an NGS statement said.

Experts are still trying to figure out the best way to address damage found both inside and along the exterior of the Washington Monument, including whether an outside scaffold will be needed. Last fall, structural engineers documenting the impact of the earthquake used a system of ropes and slings to scale all four faces of the structure from top to bottom.

David Rubenstein, co-founder of the investment firm The Carlyle Group, has donated $7.5 million toward the repair project.

With Rubenstein’s donation and congressional funds that were approved in December, Deputy Interior Secretary David Hayes said in January there was enough money to begin the repairs. The project should start this summer or early fall, and should take about a year, Hayes said. 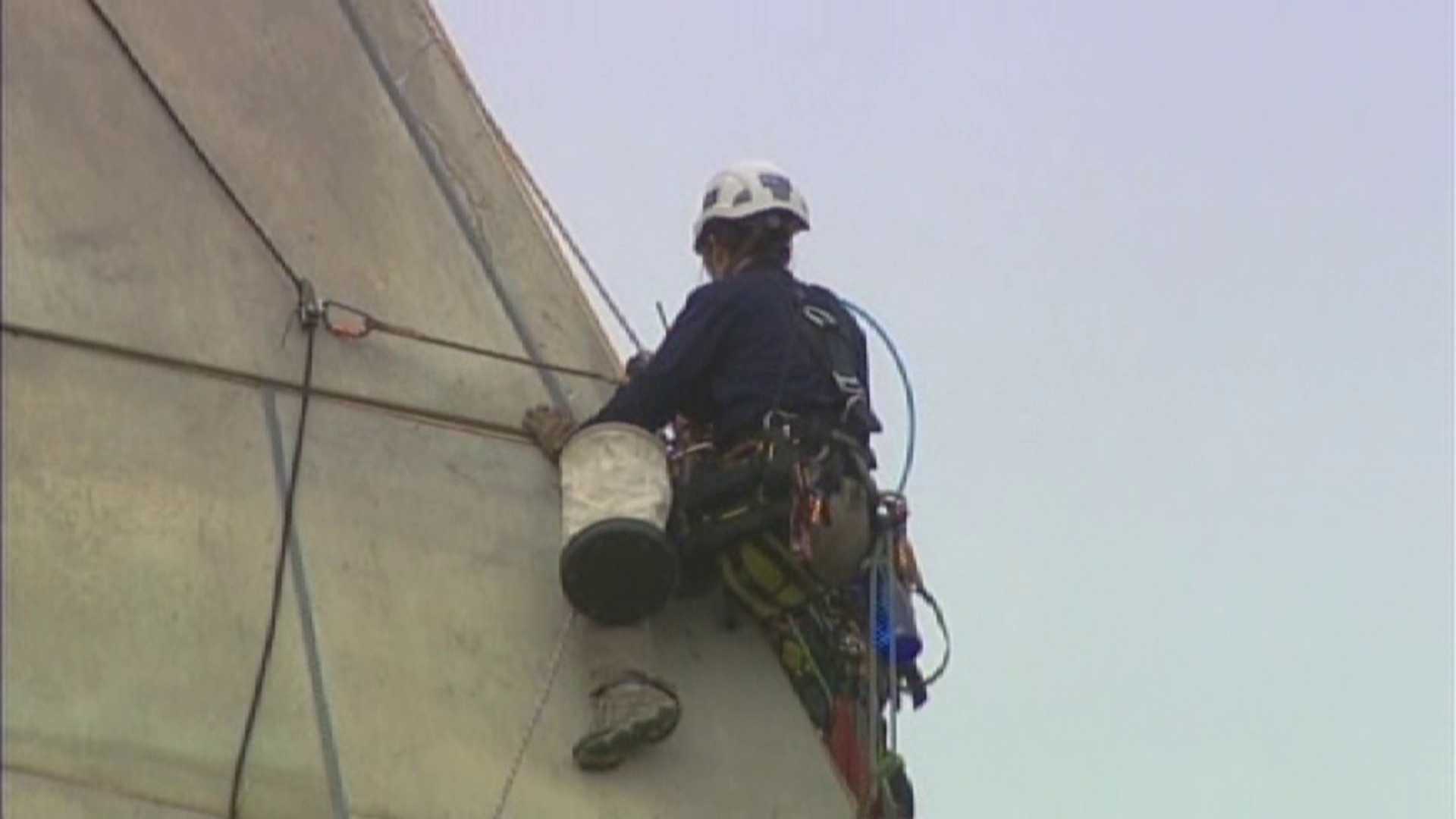