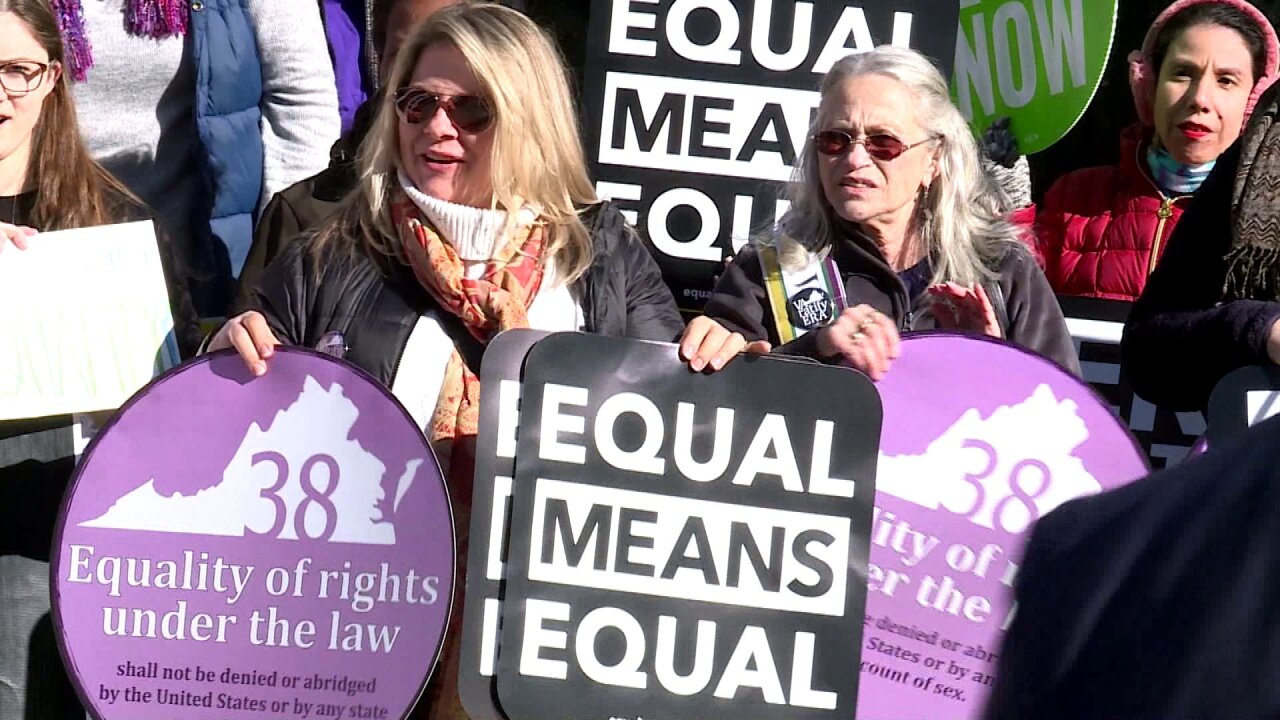 RICHMOND, Va. -- The Trump administration has asked a judge to throw out a lawsuit filed by three Democratic state attorneys general seeking to force the U.S. archivist to recognize Virginia’s vote to ratify the Equal Rights Amendment and adopt it in the U.S. Constitution.

Virginia became the 38th and final state needed to make the ERA part of the Constitution in January.

Attorney General Mark Herring sued David Ferriero, the archivist of the United States, after the National Archives and Record Administration said Ferriero would “take no action” to certify the adoption of the ERA.

The Trump administration asked the court to dismiss the lawsuit, arguing that the ratification is not an issue to be decided by the courts.

“Donald Trump is telling the women of America that, after 231 years, they should just sit down and wait even longer for equal treatment under the Constitution. It’s wrong, it’s offensive, and it’s shameful,” said Attorney General Herring.

“If the Trump Administration opposes a Constitutional guarantee of equality for women then they should just say so rather than hiding behind process and trying to throw the issue into Mitch McConnell’s hands. No matter what schemes the Trump Administration may concoct to try to stand in the way of progress, this movement has shown time and again that it will not be deterred and it will not be defeated,” he added.

Herring and his partners in Nevada and Illinois anticipates filing briefs in the coming weeks opposing the Trump Administration’s efforts to kill the ERA.