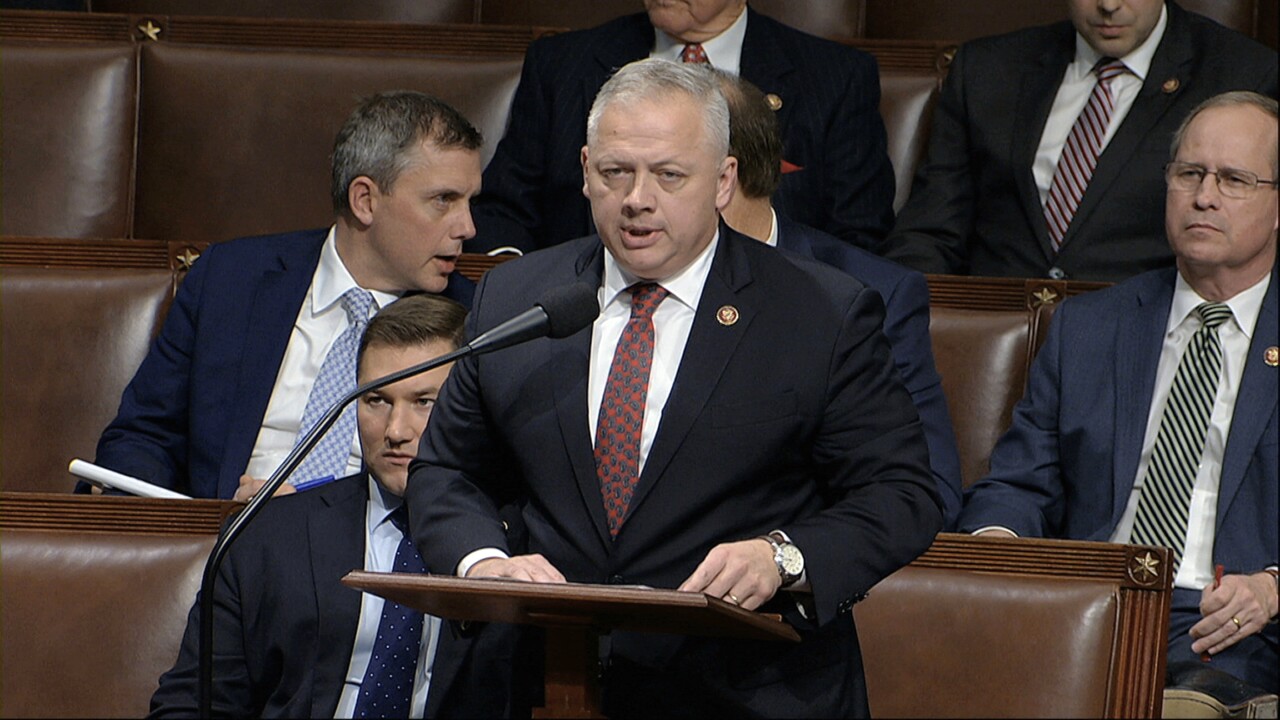 AP
Rep. Denver Riggleman, R-Va., speaks as the House of Representatives debates the articles of impeachment against President Donald Trump at the Capitol in Washington, Wednesday, Dec. 18, 2019. (House Television via AP)

LYNCHBURG, Va. -- A freshman Virginia GOP congressman who angered social conservatives in his district when he officiated a gay wedding has lost his party’s nomination.

U.S. Rep. Denver Riggleman lost a GOP convention Saturday that was done via drive-thru because of the coronavirus pandemic.

He was defeated by Bob Good, a former official in the athletics department at Liberty University.

While the convention ended at 7 p.m., the vote tally was not announced until after 1 a.m. Sunday.

His campaign manager tells the AP that Good won 58% of the vote.

Riggleman alleged voting irregularities shortly before the results were announced and said his campaign was “evaluating all our options.”