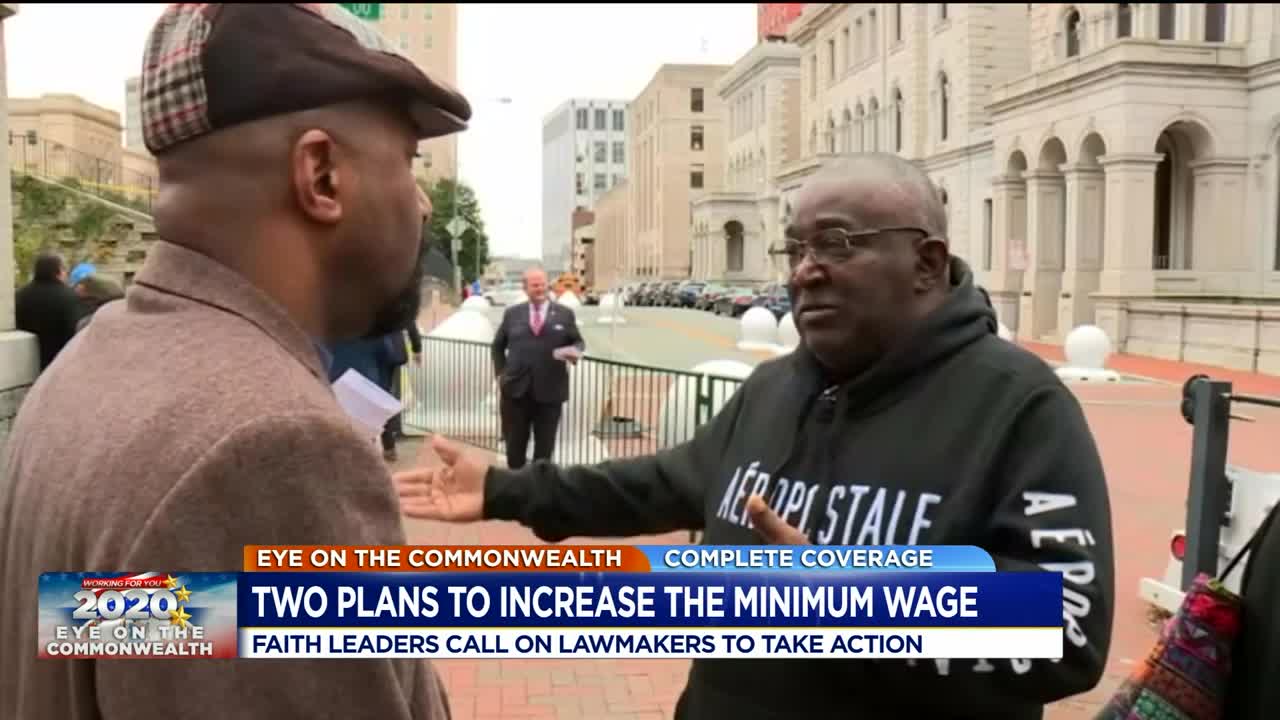 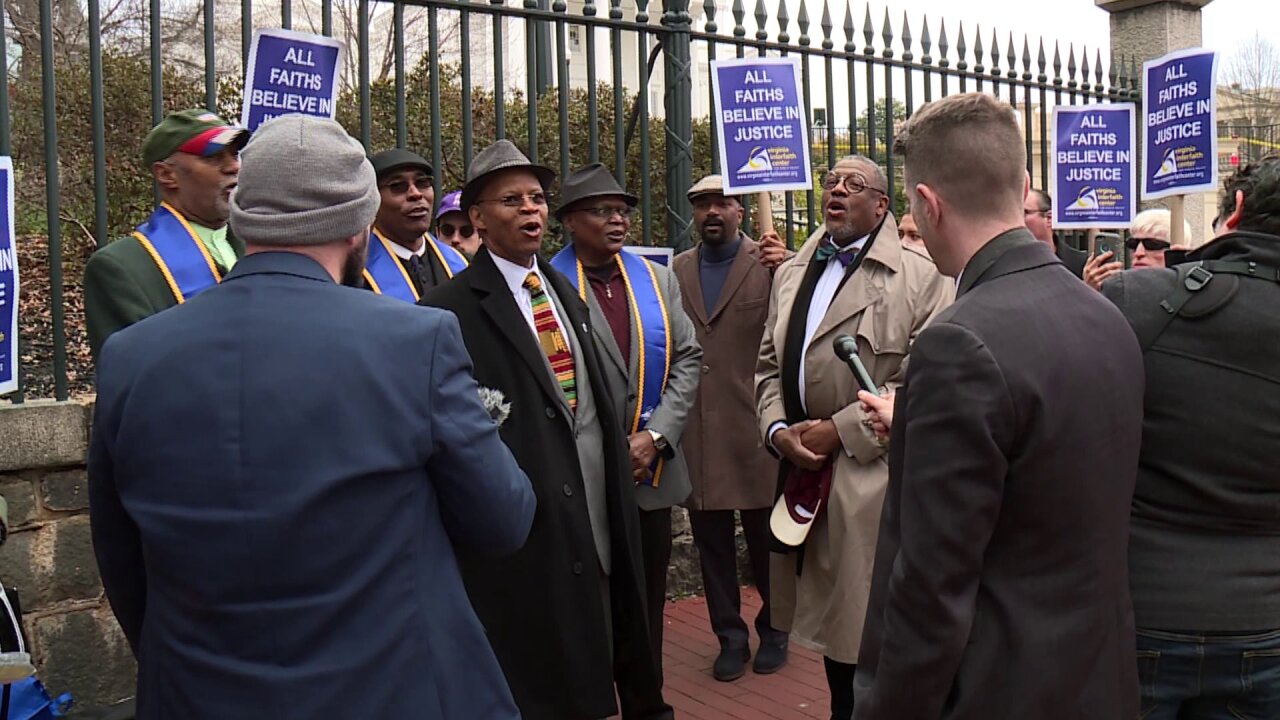 RICHMOND, Va. -- Faith leaders from across Virginia gathered below the State Capitol Wedneday to greet lawmakers and urge them to take a more immediate approach to increasing the minimum wage.

Two proposals to increase Virginia’s minimum wage from $7.25 per hour, which has not changed since 2009, remain viable as the final weeks of the 2020 session close in.

“The scripture calls for us to treat people fairly, and for justice to roll down like a mighty stream,” said Dr. Keith Jones with Shiloh Baptist Church in Norfolk. “So, we’re here to pray about that and that all the persons whom we have elected will hear that call as well.”

Both the Senate and House of Delegates passed different versions of a minimum wage increase before crossover day. While both increase the current minimum wage gradually over the next few years, the approaches differ.

The House of Delegates version (HB 395) would bump Virginia’s minimum wage to $10 per hour in July and boost the number annually until it reaches $15 per hour statewide in 2025.

A source said the House Democrats stand behind this bill because it is the more progressive and appropriate method to help Virginia families.

Senators who introduced these changes said the amendments take into account the economic disparity between the different regions of the Commonwealth. The bill also exempts some part-time and young workers.

Faith leaders at the Capitol Wednesday support HB 395 because it brings Virginia closer to a livable minimum wage at a swifter rate.

“We do not want a gradual approach to the minimum wage,” said Rev. Dr. Leo Whitaker of the Mt. Hermon Baptist Temple. “We want to make sure that the people of the Commonwealth of Virginia will have an opportunity to be treated all across the Commonwealth the same.”

“At the end of the day, you're almost creating a caste system where people can’t get very far from where they started,” said Dr. Elijah Burke with the Baptist General Convention of Virginia. “We want to encourage our legislators to do a living wage across the board.”

“We just can't impose a Fairfax minimum wage in all Virginia. It’s going to kill business. What works in Fairfax doesn’t work all over the state,” said Sen. Mark Obenshain (R-Rockingham). “It's ironic that now we're talking about different wage levels in different parts of the state. I mean it just goes to prove that the market regulates wages, and $15 per hour is going to be devastating for people in Southwest Virginia we’re trying to help.”

Charles Carter grew up in Farmville and said his family lived in poverty most of his life. Carter estimates that 80 percent the people he knows in Richmond, where he now lives, survive on income close to the minimum wage.

“What happened to the days, where everybody cared about each other,” Carter said. “So many people over the state of Virginia they have absolutely nothing.”

Carter said he’s seen poverty and wishes more politicians truly understood what it’s like for those in it.

“We're the ones who put them there to do a job because that job is to take care of the people of Virginia. Not to wheel and deal,” Carter said.

The minimum wage issue will likely end in a conference committee, where select lawmakers from the House and Senate iron out the final details. That work must be completed by early March.