Trump, reading from handwritten notes, says he asked Sondland for 'nothing'

President Donald Trump is insisting Wednesday that he wanted "nothing" from Ukraine and declared that impeachment hearings should be brought to an end. 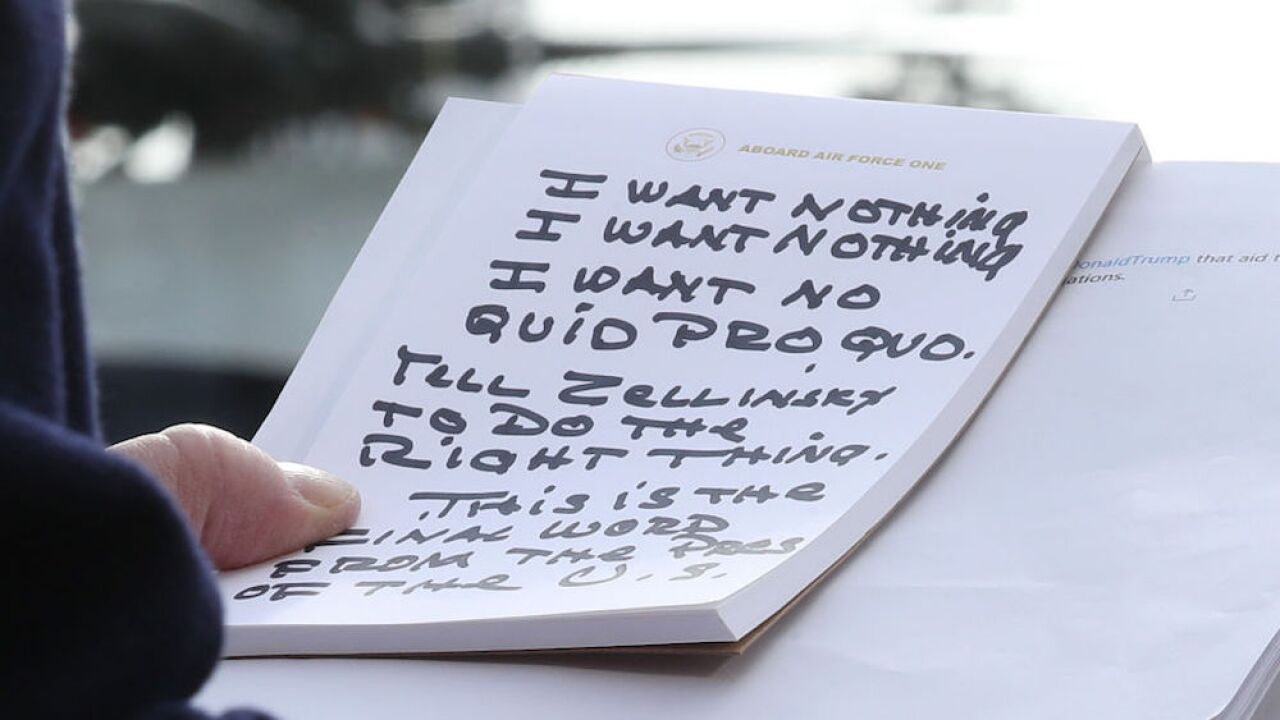 President Donald Trump is insisting Wednesday that he wanted "nothing" from Ukraine and declared that impeachment hearings should be brought to an end.

The president read from handwritten notes when speaking to reporters on the White House lawn nearly an hour later than his scheduled departure for Texas.

Trump addressed the ongoing testimony from Gordon Sondland, ambassador to the European Union, who linked the president to a decision to withhold military aid from Ukraine in exchange for an investigation into a political rival.

But he only highlighted specific, helpful parts from Sondland's remarks, saying "it is the final word" that he did not demand a quid pro quo.

Trump, who claimed that means "it's all over" for the impeachment proceedings, did not take questions from reporters.

During his testimony before the House Intelligence Committee Wednesday, Sondland testified that Trump's personal lawyer, Rudy Giuliani directed a quid pro quo that Ukraine announce an investigation into Joe Biden's son or not be invited to the White House.

Sondland also testified that Giuliani was "expressing the desires" of Trump, and that his staff was aware that Trump had placed great importance on the investigations.

Sondland's testimony comes just weeks after he dramatically changed a written statement to Congress to say that he did recognize that President Donald Trump offered a clear quid pro quo to Ukraine. Sondland now says President Donald Trump directed the Ukrainians to open an investigation into Hunter Biden, or else Ukranian President Volodymyr Zelensky would not receive a meeting with Trump and the Ukrainians would not receive key military aide.