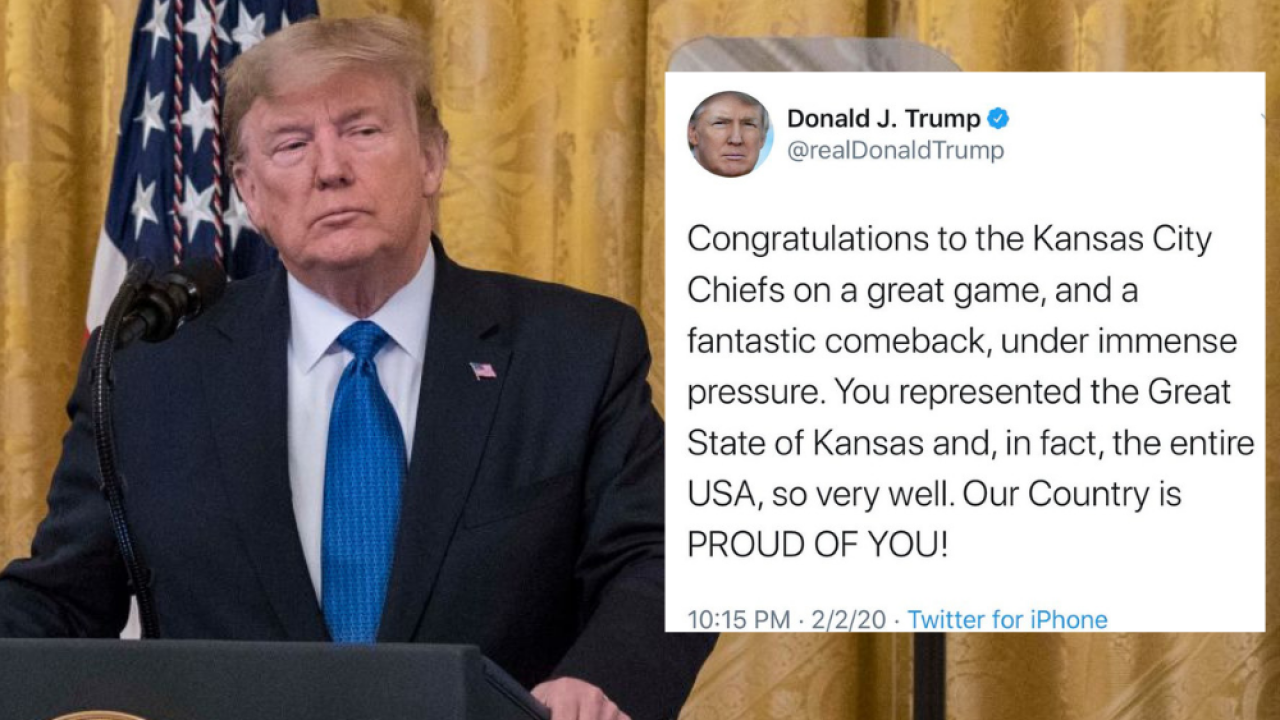 Following the Kansas City Chiefs' comeback victory in Super Bowl LIV, President Donald Trump initially failed to send congratulations to the state of Missouri — where the Chiefs play their home games — and instead congratulated the neighboring state of Kansas.

In the moments after the Chiefs' win, Trump tweeted that "we are proud of you and the Great State of Kansas."

To make matters more confusing, Kansas City, Kansas, lies directly across the Missouri River from Kansas City, Missouri. While the two cities share a name and a border, they are separate municipalities.

</p><p>Trump quickly deleted the initial tweet and sent a new one, in which he congratulated the state of Missouri instead.

Congratulations to the Kansas City Chiefs on a great game and a fantastic comeback under immense pressure. We are proud of you and the Great State of Missouri. You are true Champions!