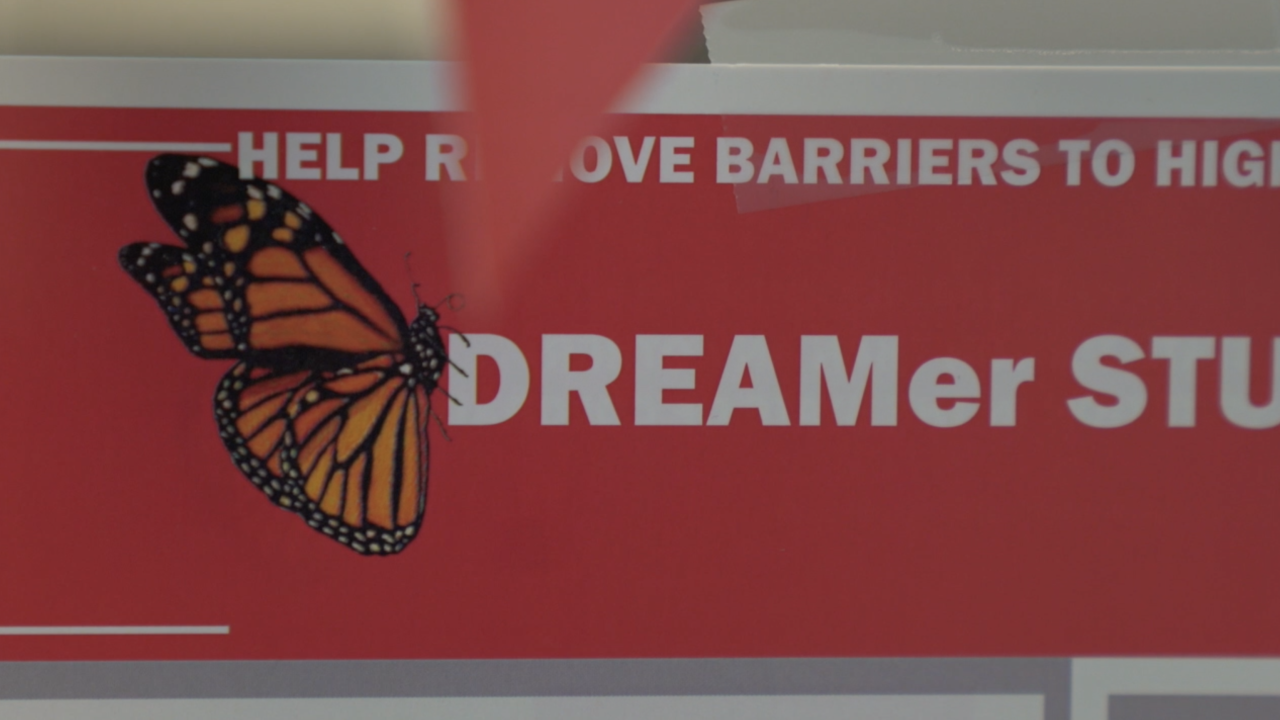 WASHINGTON -- Aileen is a dreamer – in other words, an immigrant who entered the United States illegally with her parents many years ago.

“We came to the United States when I was about one year old. I was a little baby so when I say this is home, it is home for me,” Aileen said.

Aileen says her family was trying to escape violence in Mexico.

“They just wanted to make sure that I grew up in an environment that would help me thrive, and their decision was the United States,” Aileen said.

Graduating second in her high school class, Aileen says she’s been able to experience opportunity her parents were never afforded. Now she hopes to help others, so she’s studying to become a mental health counselor.

“I mean just waking up every day in a country that doesn’t want you here takes its toll,” Aileen said.

In the Immigration Services office, she’s already using her education and expertise as a student employee.

“A lot of the times students come in just wanting to vent,” Aileen said.

Right now, Aileen and other DACA recipients say they’re experiencing a lot of anxiety as the Supreme Court deliberates on their fate. DACA – which stands for Deferred Action for Childhood Arrivals – is an immigration policy that was established during the Obama Administration. Applicants who don’t have a serious criminal history can live and work legally in the U.S. for renewable two-year periods. However, the Trump Administration has been criticizing it for years, saying it’s unlawful. And now the Supreme Court is considering whether or not the program should continue.

“It’s important to know that it’s never 100% known what the Supreme Court is going to decide,” attorney Jerry Lopez said.

DACA recipients have been meeting with immigration attorneys trying to understand the impact the Supreme Court’s decision could have on their lives. Although a final decision isn’t expected until late spring or early summer of 2020.

David Fine is on the general counsel at MSU Denver. He’s been keeping a close eye on the Supreme Court proceedings.

“Based on briefings I’ve received and the reports about oral argument that I’ve seen, my guess is the Supreme Court likely will uphold President Trump’s ability to end DACA, but the basis of that decision will be important,” Fine said.

He says depending on what the court decides, current DACA students might be able to keep their status until their two years are up. Or, their status and protection could end immediately.

“Technically yes, a DACA recipient could be deported after the program has ended,” Fine said.

As the country waits for the Supreme Court’s decision, dreamers are trying to hold onto hope. If DACA is taken away, there’s still a chance congress could pass the DREAM Act, which would actually give dreamers a path to citizenship – something DACA can’t do.

Aileen says she knows where she belongs, and she’s optimistic she will eventually get the documentation so many take for granted.

“I’ve grown into the person I am now by being here in America, and I can’t even imagine like being in another country that doesn’t necessarily feel like home anymore,” Aileen said.