A teen was arrested for using a remote-controlled car to smuggle drugs across the border, officials say 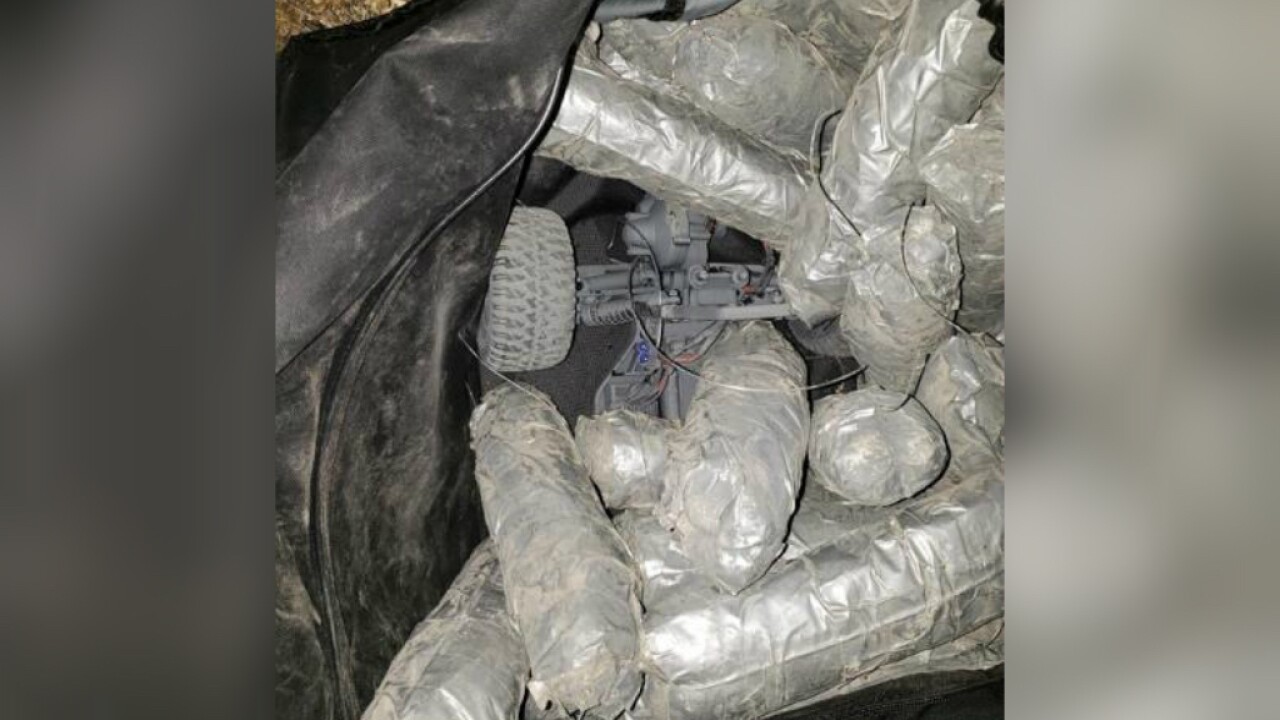 A 16-year-old who allegedly used a remote-controlled car to attempt to smuggle methamphetamine across the US-Mexico border has been arrested by US Border Patrol agents, the agency announced Tuesday.

The teenager, a US citizen, was arrested Sunday after agents spotted him carrying two large duffel bags and ducking in-and-out of an agent's view, US Customs and Border Protection said in a statement .

He was found hiding in thick brush along the border. When they searched him, agents found a remote-controlled car and 50 packages of methamphetamine, CBP said.

The agency says the 55.84 pounds of methamphetamine seized has an estimated street value of $106,096.

A similar event occurred in August 2017, when agents arrested a 25-year-old man for attempting to smuggle drugs across the border with a remote-controlled drone .

The man was found with 13.44 pounds of methamphetamine, the agency said.