"It just turns my stomach." 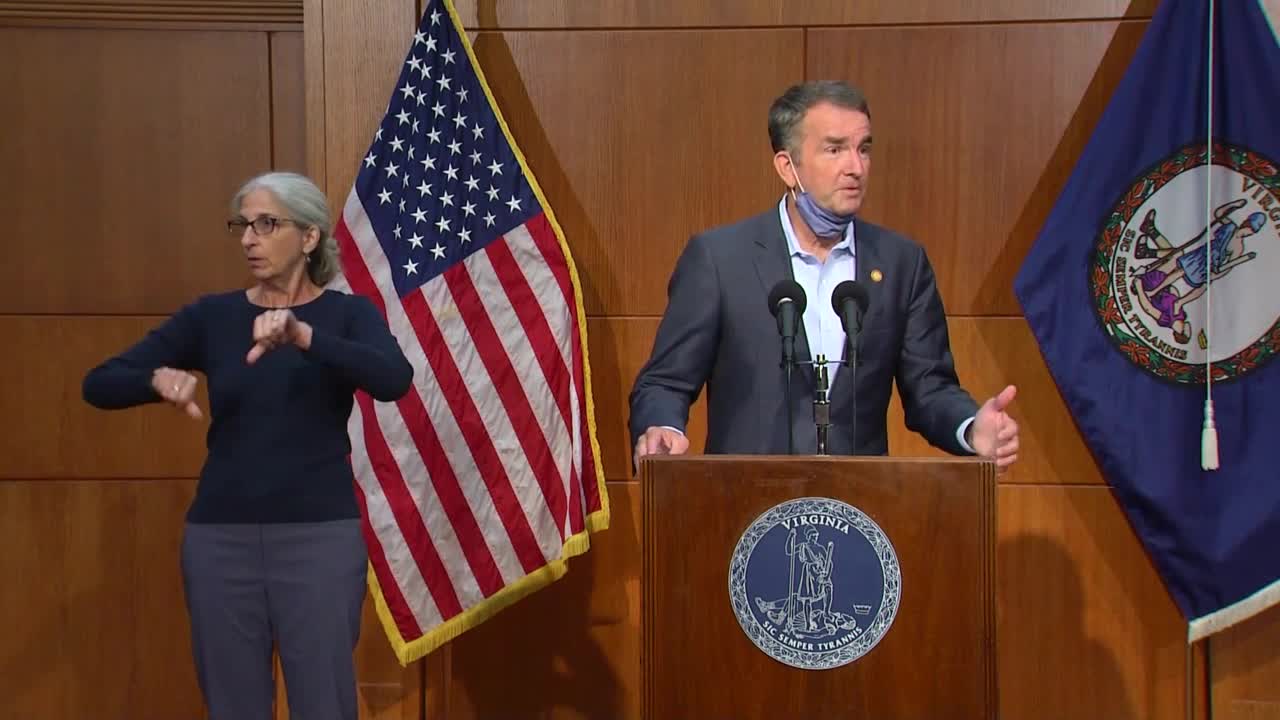 When asked about the President admitting that he downplayed the coronavirus in the early days of pandemic, the U.S. Army veteran unleashed his thoughts on the President's alleged comments, originally reported in the Atlantic.

"I say this as a veteran and also say it as a doctor who took care of a lot of wounded soldiers during the Gulf War, and soldiers who a lot of have have had traumatic brain injuries from explosive devices," said Northam.

"When we have the leader of our country, referring to people like me, and other men and women who have worn the uniform and some who have ultimately paid the sacrifice of death... to refer to them as losers and suckers... It just turns my stomach and so, as an American as a Virginian, I have trouble looking up to a leader... I have trouble respecting a leader that refers to my fellow veterans in that manner," a visibly emotional Northam added.

Trump has strenuously denied the claims in the report. However, the Associated Press, Washington Post and Fox News were able to independently confirm the accuracy of much of the Atlantic's report with their sources.

Northam concluded his press conference Tuesday by urging all Americans to vote.

"As I've said all along, and one of the reasons that I want to make this election as secure as we can to make sure that every vote counts," said Northam. "This is why we have elections and I encourage everybody, not just in Virginia, but everybody in this country to exercise their right on November 3rd or prior to then and make sure that their vote counts."