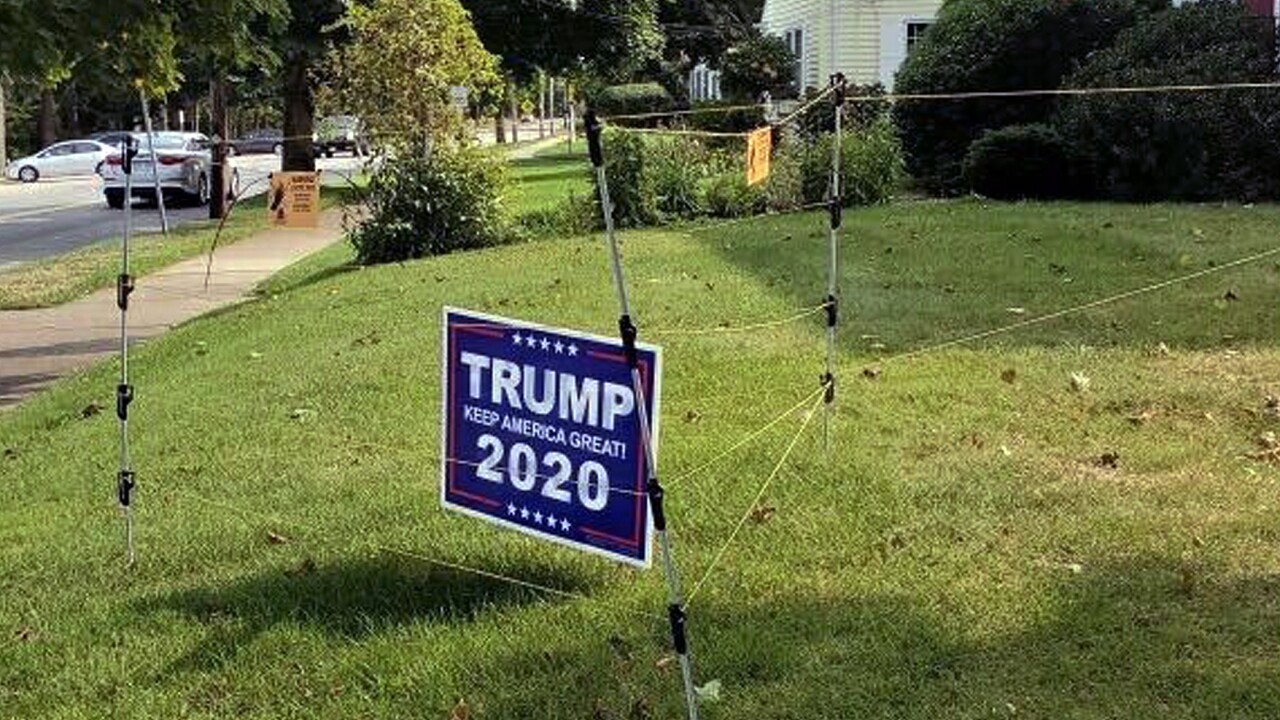 John Oliveira/AP
In this Sept. 14, 2020 photo, an electric fence surrounds a campaign sign for President Donald Trump in John Oliveira's yard in New Bedford, Mass. Oliveira said he installed the fence to protect his sign after several were stolen from his lawn during the summer. (John Oliveira via AP)

NEW BEDFORD, Mass. -- A Massachusetts man tired of people stealing his Donald Trump campaign sign has come up with a shocking solution: an electrified fence.

John Oliveira is a 54-year-old disabled Navy veteran and a member of the New Bedford School Committee.

He put the fence up a few weeks ago. He told Southcoasttoday.com he started displaying the Trump sign on his lawn in late May.

They started to disappear in July. He tells The Boston Globe six signs were taken in all.

His latest sign has not been stolen since the fence went up. He says he is simply defending his property and his free speech rights.