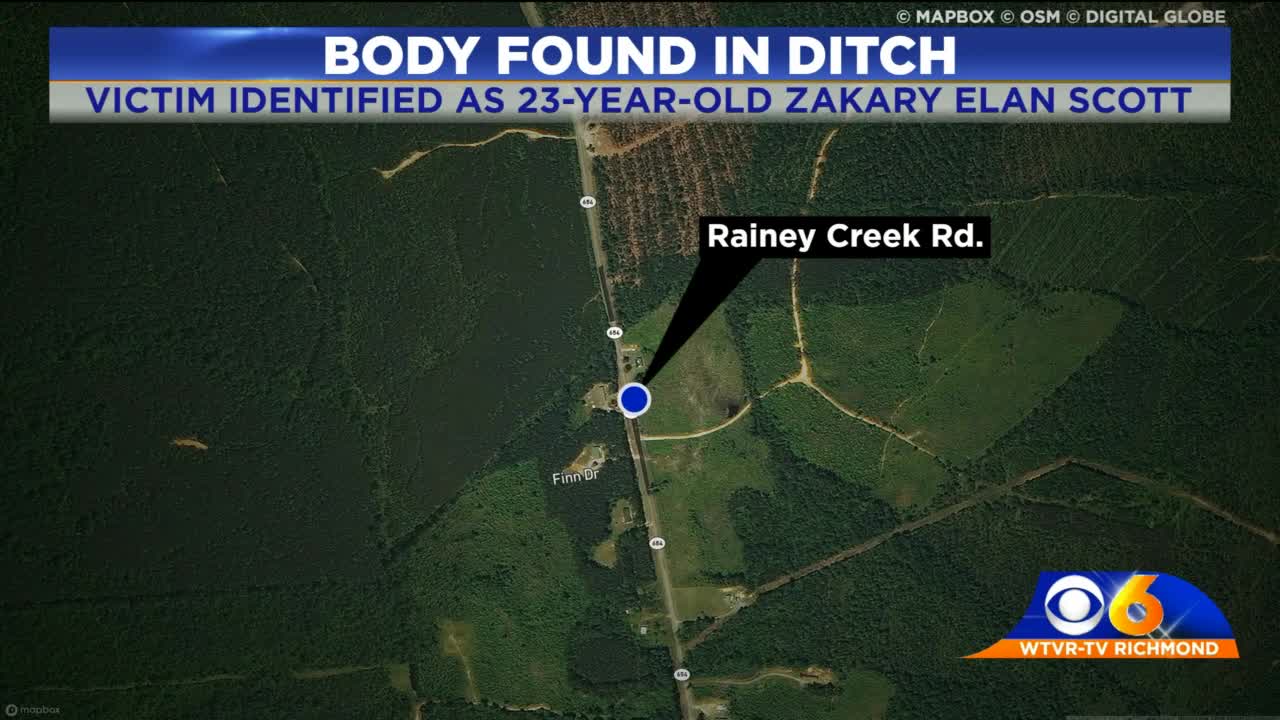 Deputies are investigating after a man's body was found in a ditch in the town on McKenney Wednesday morning.

DINWIDDIE COUNTY, Va. -- Deputies now say they are investigating a homicide after a man's body was found in a ditch in the town on McKenney Wednesday morning.

The victim, whose body was found along Rainey Creek Road, was identified as 23-year-old Zakary Elan Scott.

Deputies said Scott had to permanent address, but had ties to Hopewell and Prince George County.

Scott's cause of death has not been released.