Why AAA says 'expect the unexpected' during winter storm

AAA warns of treacherous roads during winter storm: 'We want you to go slower'

RICHMOND, Va. -- AAA Mid-Atlantic is warning drivers to “expect the unexpected” as Central Virginia braces for another round of winter weather.

Winter weather advisories are in effect for the entire area tonight into midday Friday. Overnight lows will be in the upper 20s and lower 30s.

Some snow accumulation will occur, especially north of I-64. Many areas across central VA will see 1-3", with some pockets of 4" possible. As warmer air moves in higher up in the atmosphere, we will see the snow change to some sleet and freezing rain overnight into Friday morning. Light ice accumulation will be possible.

Sleet began to mix with rain near Bryan Park in Richmond just as drivers began their evening commute on Thursday. 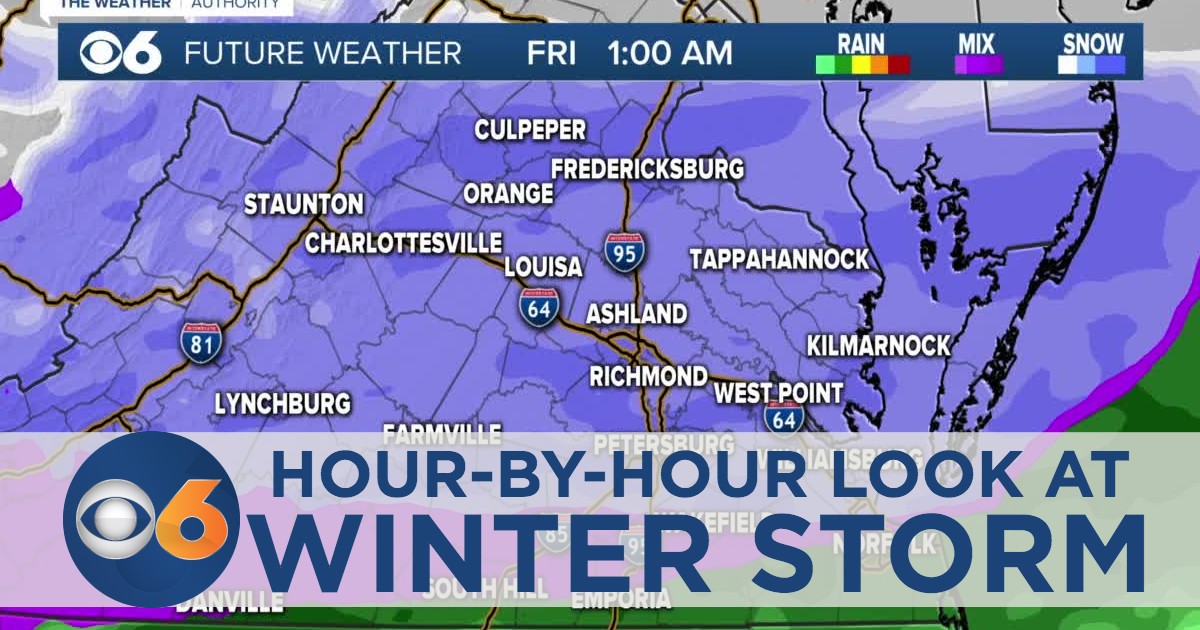 Morgan Dean, a senior specialist with AAA Mid-Atlantic, urged drivers to take extra caution if it is necessary to get out on the roads.

A VDOT spokesperson said the state agency pre-treated roads in the northern part of the region but hasn't been able to get to all the roads due to rain.

“Give yourself extra time because you’re probably going to be going slower. We want you to go slower. The slower you go in a situation where it’s frozen precipitation coming down and perhaps changing to something else and a lot of different conditions,” Dean stated. “Slowing down gives you time to anticipate and see things in front of you to be able to stop in time and not encounter other problems out there.”