Officials suspect the woman was operating a puppy mill 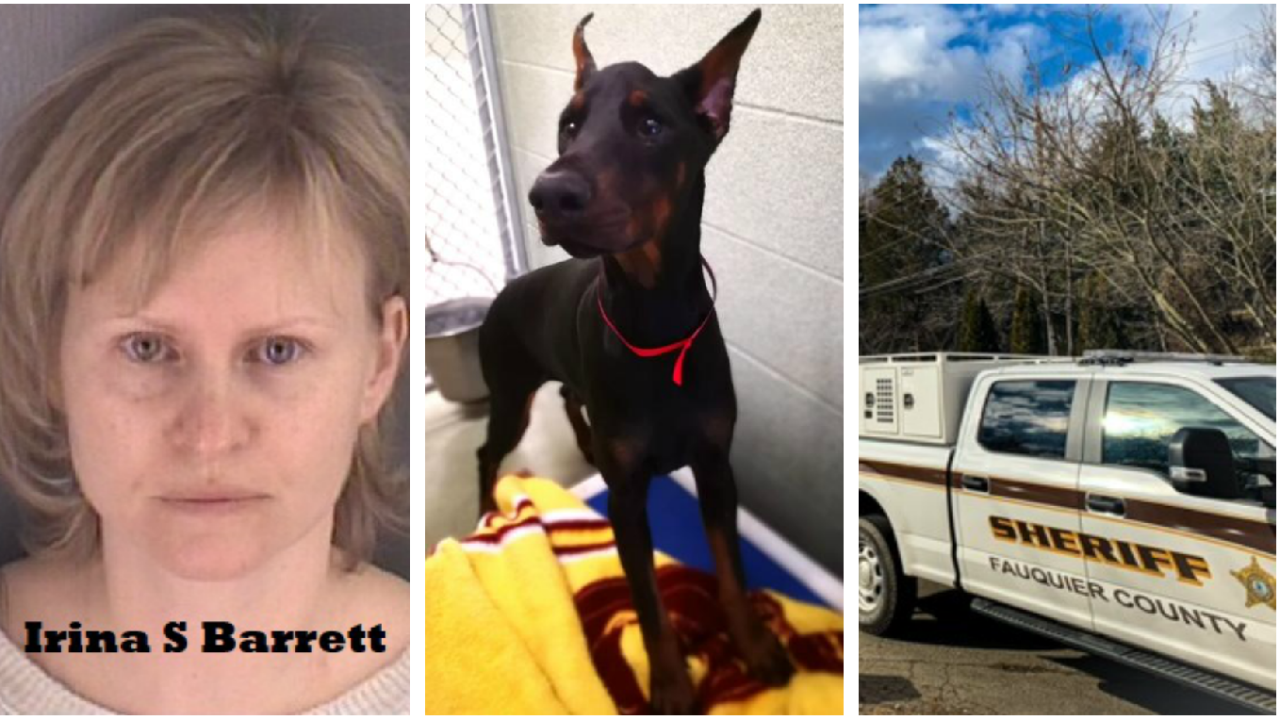 FAUQUIER COUNTY, Va. -- A sheriff's office in Virginia says animal control officers seized more than 70 neglected animals and at least one dead dog from a home they suspect was operating as a puppy mill.

The Fauquier County Sheriff’s Office said on January 28, deputies were searching a home in the 6200 block of Beverly’s Mill Road when they discovered the neglected dogs.

“As a result of the search warrant, over 70 dogs, mostly Doberman Pinchers and French Bull Dogs, were seized from this location, as well as over 50 poultry and other companion animals,” said the sheriff’s office in a statement.

The agency said the dogs were being kept in inadequate conditions and suffering from neglect, without access to food and water.

The sheriff's office says 41-year-old Irina Barrett was charged with felony cruelty to animals resulting in death and misdemeanor neglect of companion animals.

Investigators say future charges are anticipated as their investigation continues.

The Fauquier SPCA is caring for 75 seized and other animals removed from the home.

“We understand that many people want to help, and that speaks to the kind of community we live and work in, and we appreciate each and every one of you,” the shelter wrote in a Facebook post. “The best way to assist us right now is either by making a monetary donation at www.fauquierspca.com or on our Facebook page as this is of course, a very costly venture. If you prefer, we have an Amazon wish list published online featuring items that we use.”