'Until we are all free, no one is free,' Richmond man says on Fourth of July 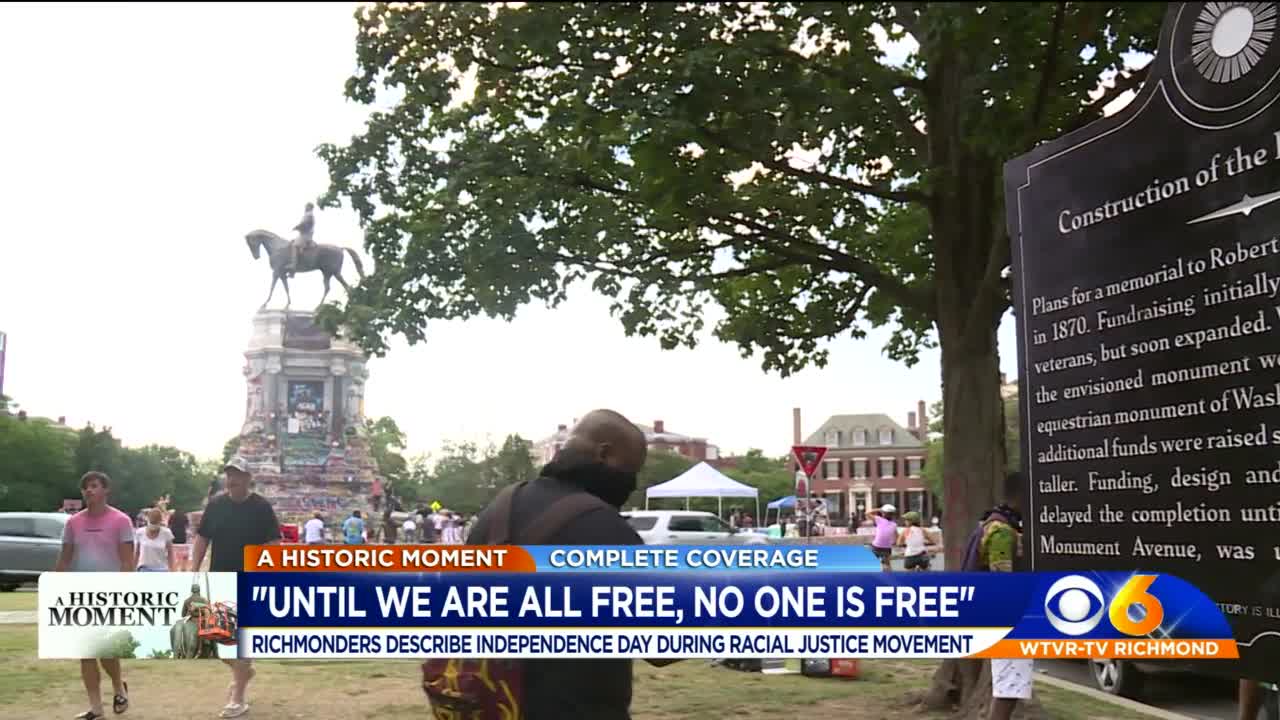 Some Richmonders had mixed emotions on Independence Day amid the racial justice movement. 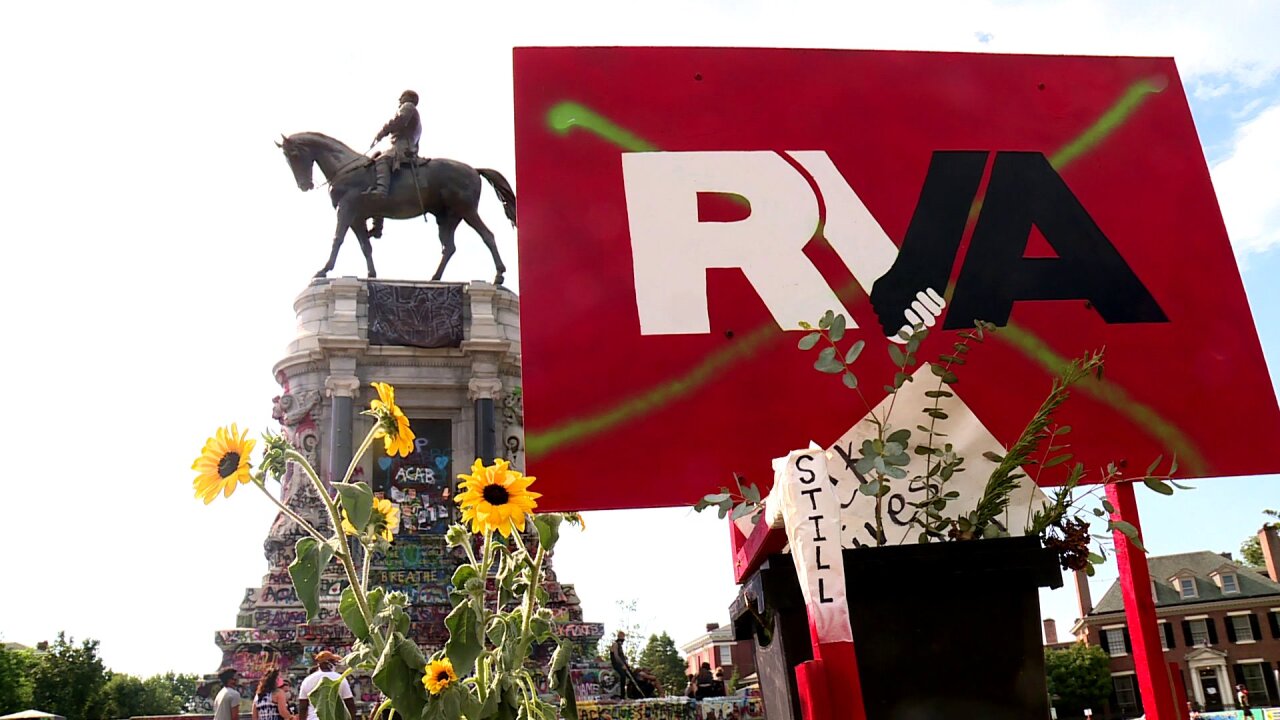 RICHMOND, Va. -- Dozens of people flocked to the statue to Confederate Gen. Robert E. Lee on Richmond's iconic Monument Avenue Saturday to simply hang out, take pictures next to the monument or grill and pass out free food.

"Nothing but peace and unity," Brent Holmes explained. "We're out here just enjoying each other's company. You got people over there registering people to vote -- the most important thing on the planet."

Holmes was one of many who came to Monument Avenue on Independence Day. He's been peacefully protesting daily at the monument and around the city. While many across the country celebrated the nation's 244th birthday, Holmes said it was just another day for him.

"People can enjoy what they want to enjoy but you can't tell me to enjoy a holiday that wasn't meant for black people, period," Holmes said.

Others had similar views.

"The effect of colonialism and the effect of the racism that has permeated our culture," Gregory Cater said. "It's important for us to know that we have to make a change and that change is now."

"Until we're all free, no one is free. That's equality for everyone," Mock said.

The holiday comes as the nation continues to have a discussion about racial justice.

"I'm emotional mainly because many of my friends have succumb to the racism and the police brutality that has taken place," Carter said.

Although he sees progress locally because of the Black Lives Matter movement, Holmes believes more work still needs to be done.

"If we can get together for a common goal, such as the Second Amendment, such as a 'no-knock' warrant, such as police brutality, then why can't we dig deeper and get together as a people," Holmes pondered. "We don't want anything more than you do. All we want to do is be equal."