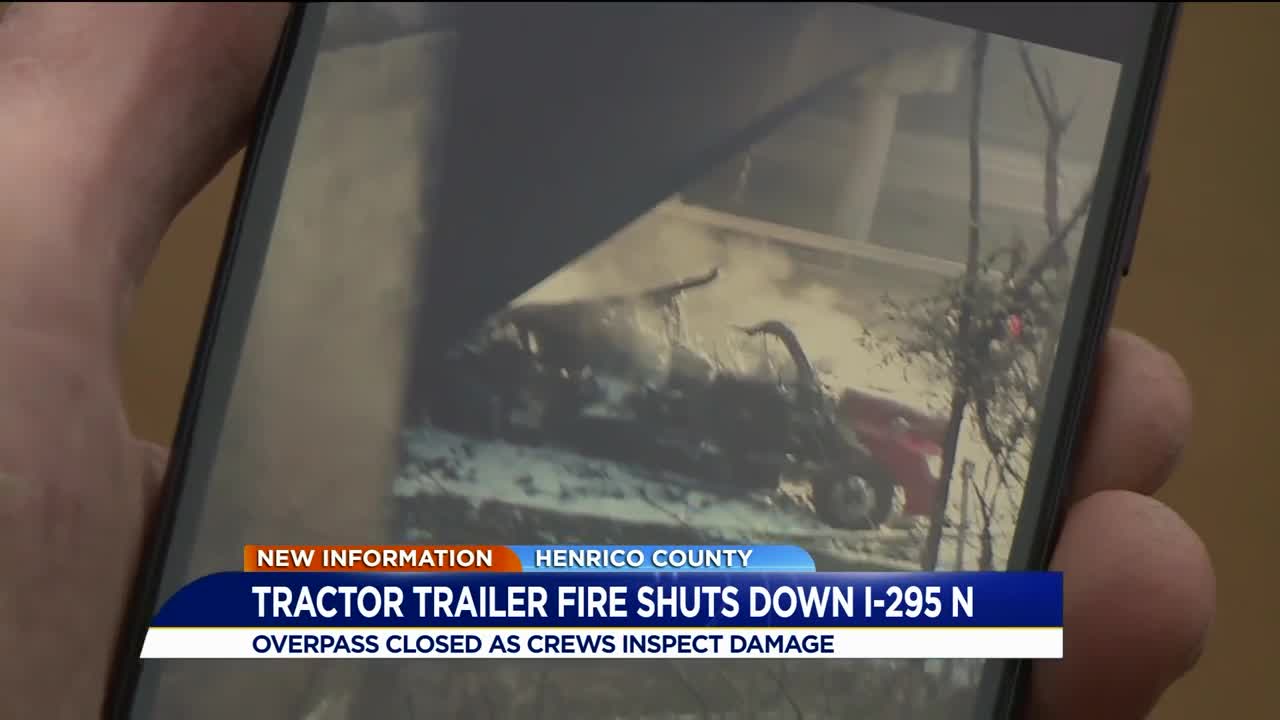 In a home that sits just yards from I-295, Jon Hilliard and his wife Jenny, woke up to what sounded like an explosion. 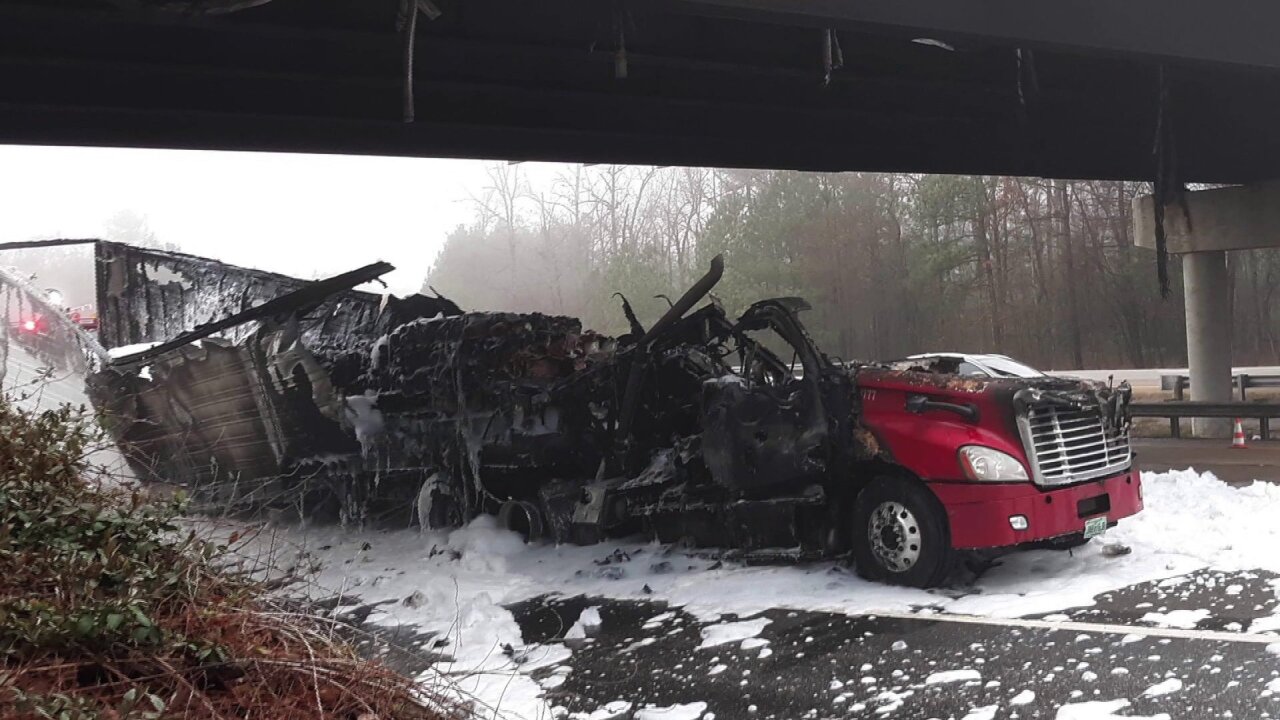 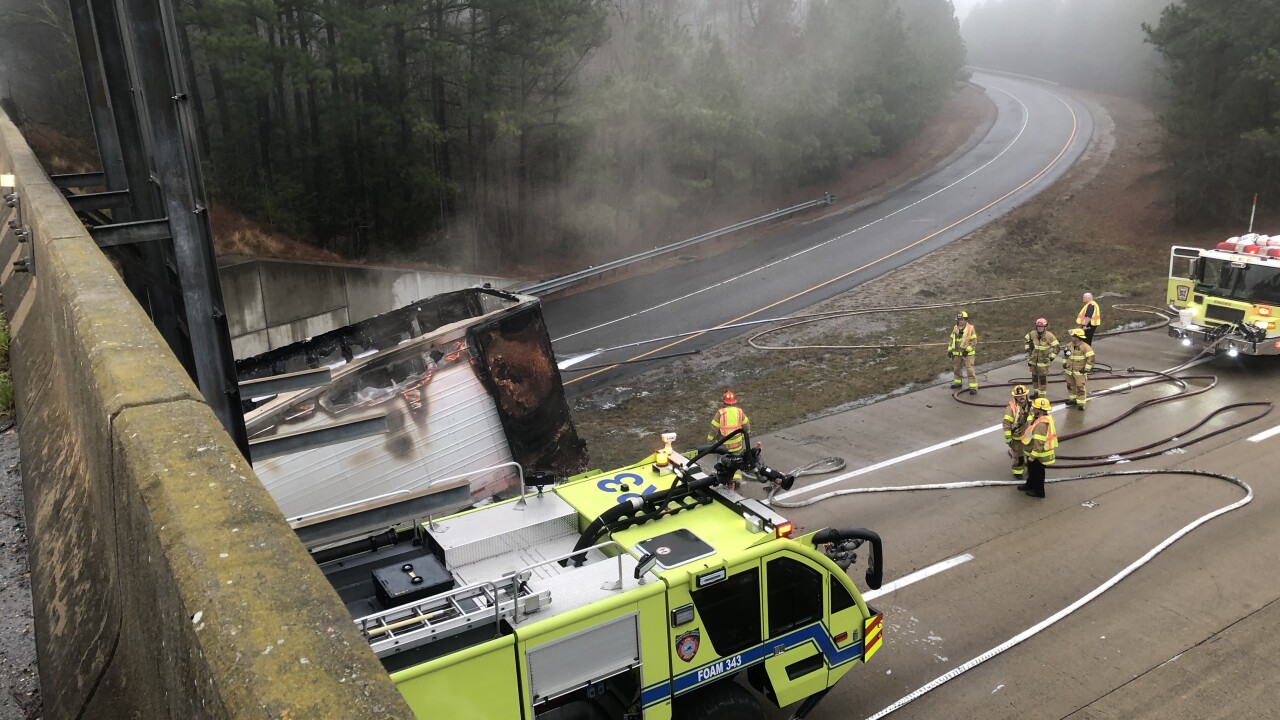 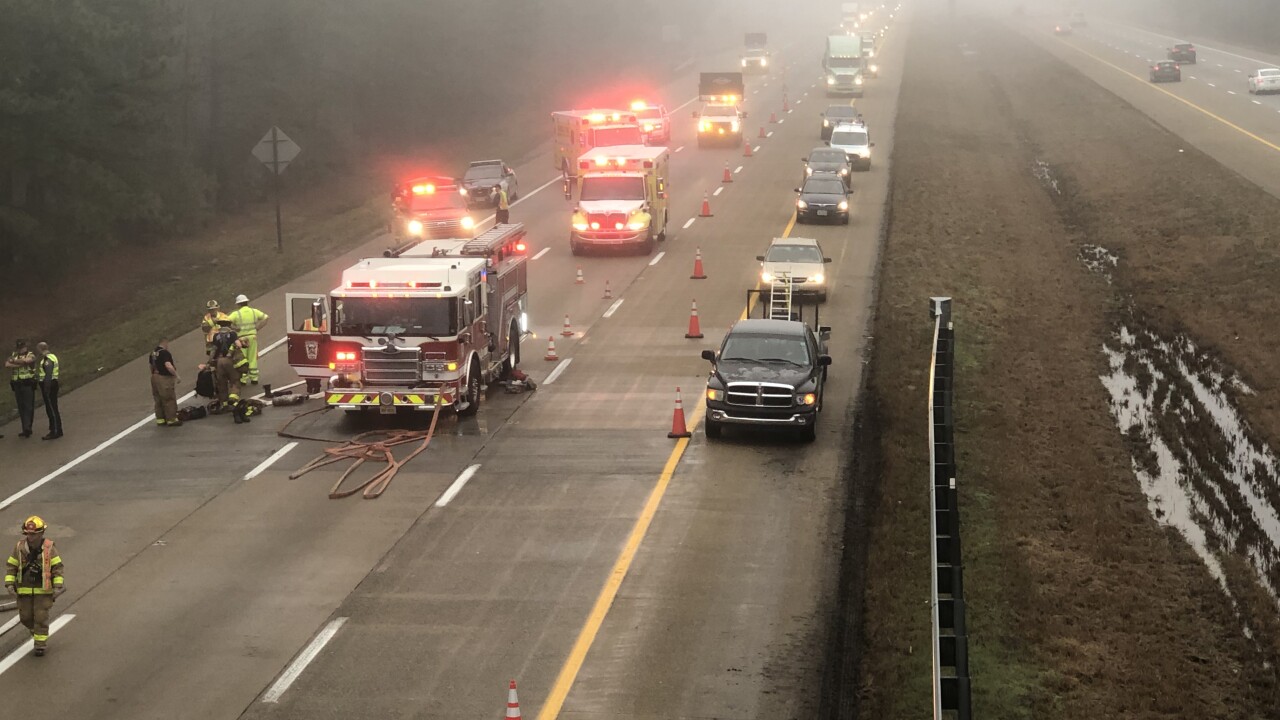 The ramp from Route 895 east to I-295 north is also closed, according to the Virginia Department of Transportation.

Virginia State Police said no one was injured in that fire.

They said around 5:45 a.m. the tractor trailer was hauling 42 thousand pounds of juice on I-295 N., and had a fuel leak, when it hit some debris. The driver, they said, was able to pull over and get out before flames consumed the truck.

In a home that sits just yards from I-295, Jon Hilliard and his wife Jenny, woke up to what sounded like an explosion.

"Right through there -- see those blinking lights." said Jon Hilliard while standing in his front yard. "That’s where the flame was."

He said his wife called 9-11, but the fire quickly grew.

"Within 60 seconds the whole truck was engulfed totally. You could not see the truck," said Hilliard. "So now we're worried -- is anybody in the vehicle?"

That's when Hilliard did what many people would not. He got in his truck and drove onto the Charles City Rd. overpass to see how he could help.

"I don’t know what I was going to do, but it was like get up there as soon as I can and do something."

When he got up there, he snapped several photos of the badly damaged truck.

"This is the only thing that’s left," said Hilliard pointing to the photo on his phone. "The tire and a little piece of hood. Everything else is disintegrated."

He said he knew it was time to go when the flames started flaring up over the sides of the overpass, but was relieved when he made eye-contact with a firefighter from the interstate below, who informed him the driver was okay.

Police later shut down that overpass due to the damage from the flames.

Hilliard said although he didn't know the driver, it was instinct that told him to do what he could to help.

"I mean you can be scared in any situation, but a person’s life takes precedent over anything that would scare me away from helping," Hilliard said.