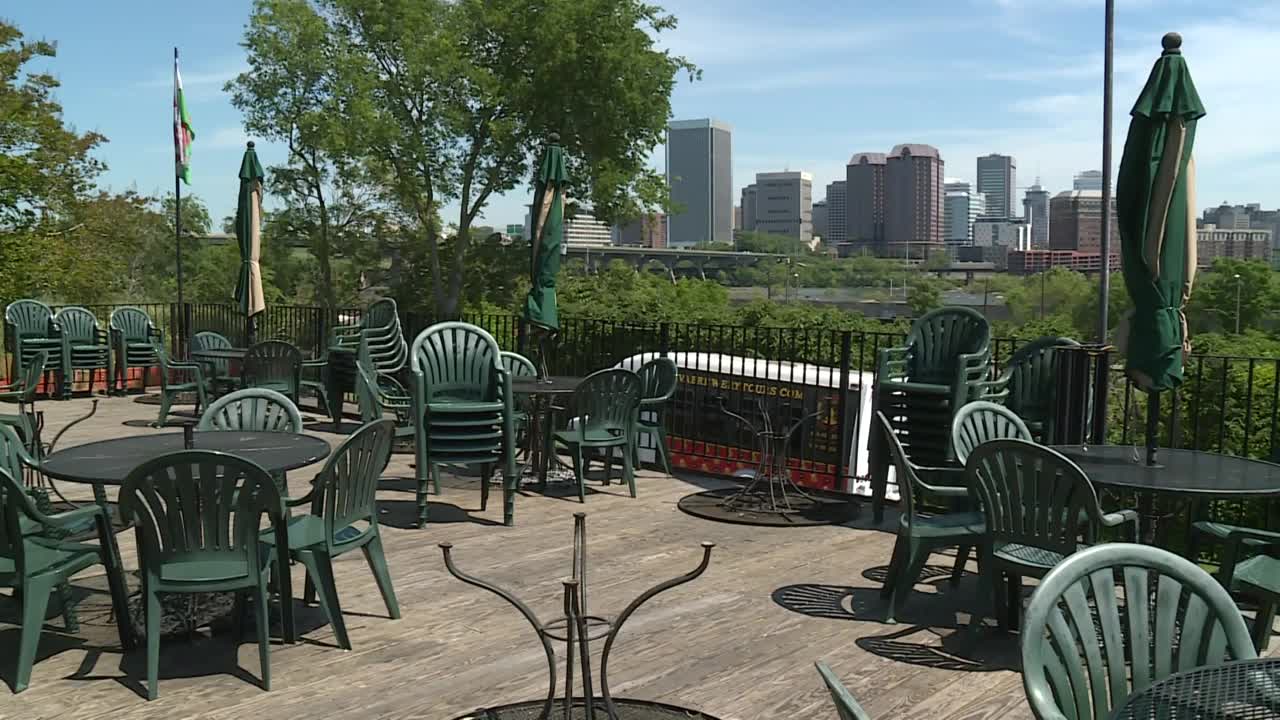 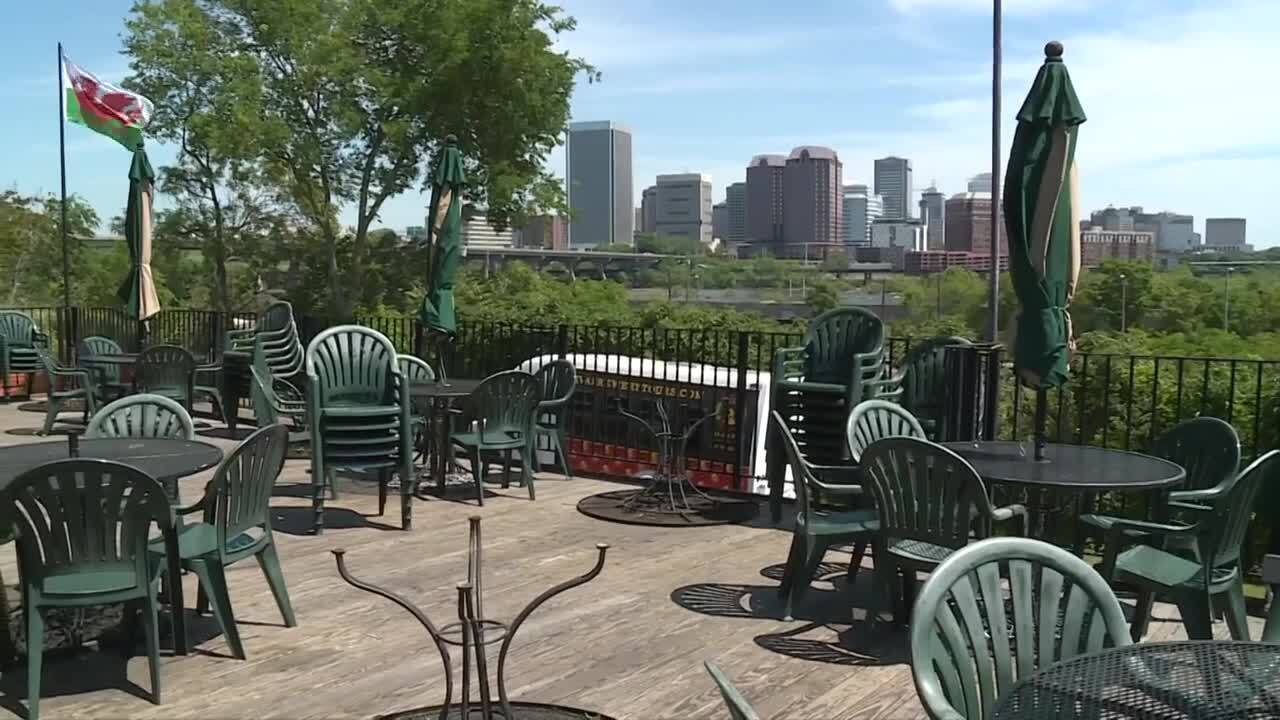 RICHMOND, Va., — Dave Gott looked forward to seating customers on the deck outside Legend Brewing Company in Manchester on Friday.

“We ordered lots and lots of food because as large as this deck is 50 percent capacity is about 100 people,” said Gott, the restaurant’s vice president of operations.

About a week ago, he brought back furloughed staff and began sanitizing the restaurant. They spaced the tables six-feet apart and installed hand sanitizing stations at each entrance.

However, Legend Brewing and other Richmond restaurants will have to wait at least two weeks before serving sit-down meals.

“The pulling the rug from under our feet at the last hour is how I think I described it,” Gott said.

Mayor Levar Stoney announced on Thursday he formally requested that the City of Richmond delay Phase One of the reopening process. Day one was May 15 for the rest of the Commonwealth.

Stoney said he finalized his decision after receiving data from the state that said the percent positive continues to increase in the city. His office requested the information on Monday, but received the data on Thursday.

“Our number is going up. Therefore, I cannot justify risking residents' health and safety and move forward with Phase One,” said Stoney. "Cases in the city are still going up. Our numbers have doubled in the past 14 days. Ladies and gentlemen, this is not an aggregate count. This is our daily case count."

On Thursday, the city saw its largest increase in positive virus cases for one day since testing began with 54 cases.

John Taxin said he spent thousands of dollars preparing to welcome back sit-down guests at his Shockoe Bottom restaurant on Friday.

“It’s a bummer, man. The businesses that are really struggling, it’s a major bummer for them," said Taxin, owner of Bookbinders Seafood and Steakhouse.

“You can’t defrost a case of chicken breast and let it sit for two weeks. It doesn’t work,” Gott explained. “Over a week of salaries, hourly pay, and food that would be lost.”

On Friday, Stoney tweeted plans to reimburse restaurants for the perishable food they bought to serve this weekend.

Restaurants can drop off meat, produce and other perishables to the Feed More drop off spot at 1415 Rhoadmiller St. and bring their purchase invoice.

The city has authorized $50,000 in reimbursements and "will reevaluate based on the response."

If you're a restaurant owner who planned on outdoor service this weekend, you may have perishable food on hand. Donate it to @FeedMoreInc and you'll be reimbursed. Thanks for understanding public health is our top priority. Let's work together to make it through this. #RVAStrong pic.twitter.com/5dfKSCukVv

There are Richmond restauranteurs who had planned to stay the course and not reopen their outdoor seating.

“We’re going to be as pragmatic as possible and err on the side of caution. We really want to protect our associates and make sure that we can have a hospitable dining environment when we do open that is safe for everyone,” said Chris Staples, the company’s director of hospitality and marketing

“We do not yet see sufficient evidence of a steady decline in cases, or adequate testing capacity, and we feel it necessary for us to make our decisions around the health of our whole community above all else. We do not want to be make any hasty decisions and we will carefully weigh each one as we have thus far,” Helen’s owner posted on Facebook.

Gott was confident that his restaurant would be safe for customers this weekend - money his business desperately needs.

“I don’t know if we are going to recover from winter or not,” Gott said. “I’m sure we will still be here trying our best, but it’ll be difficult.”