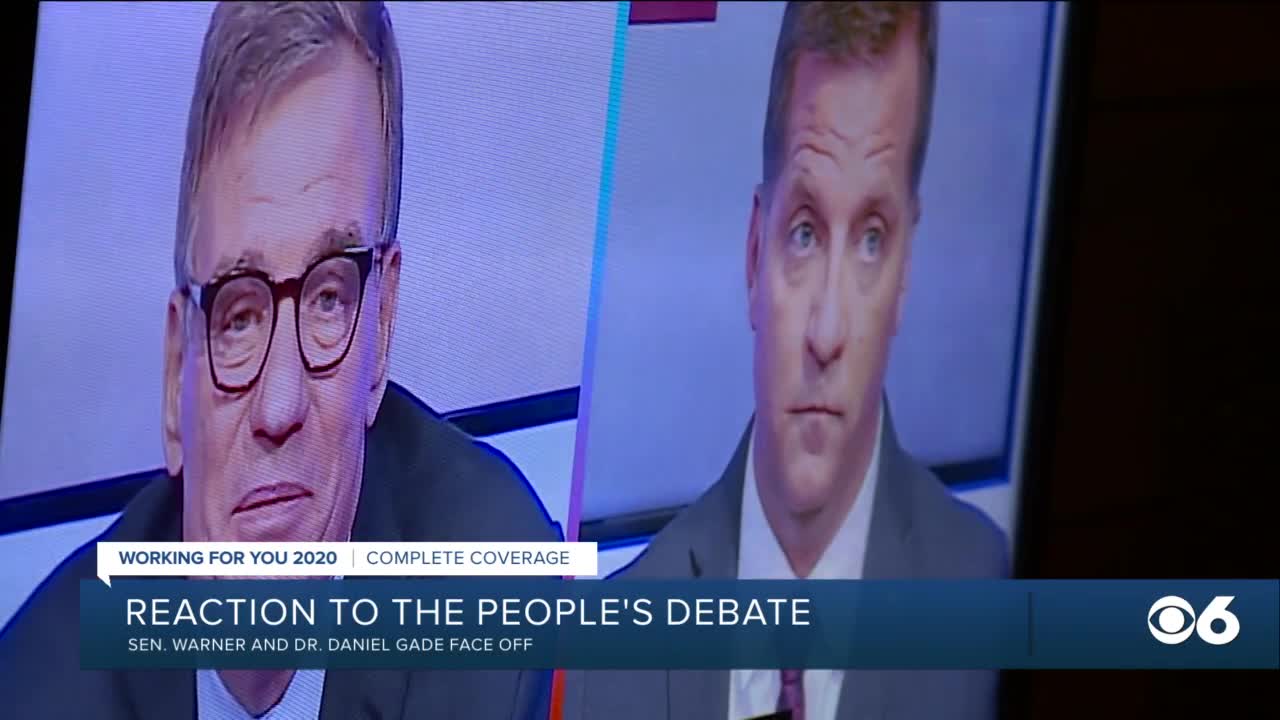 Senator Mark Warner and his challenger, Dr. Daniel Gade, fought to appeal to undecided voters during their last debate before Election Day. 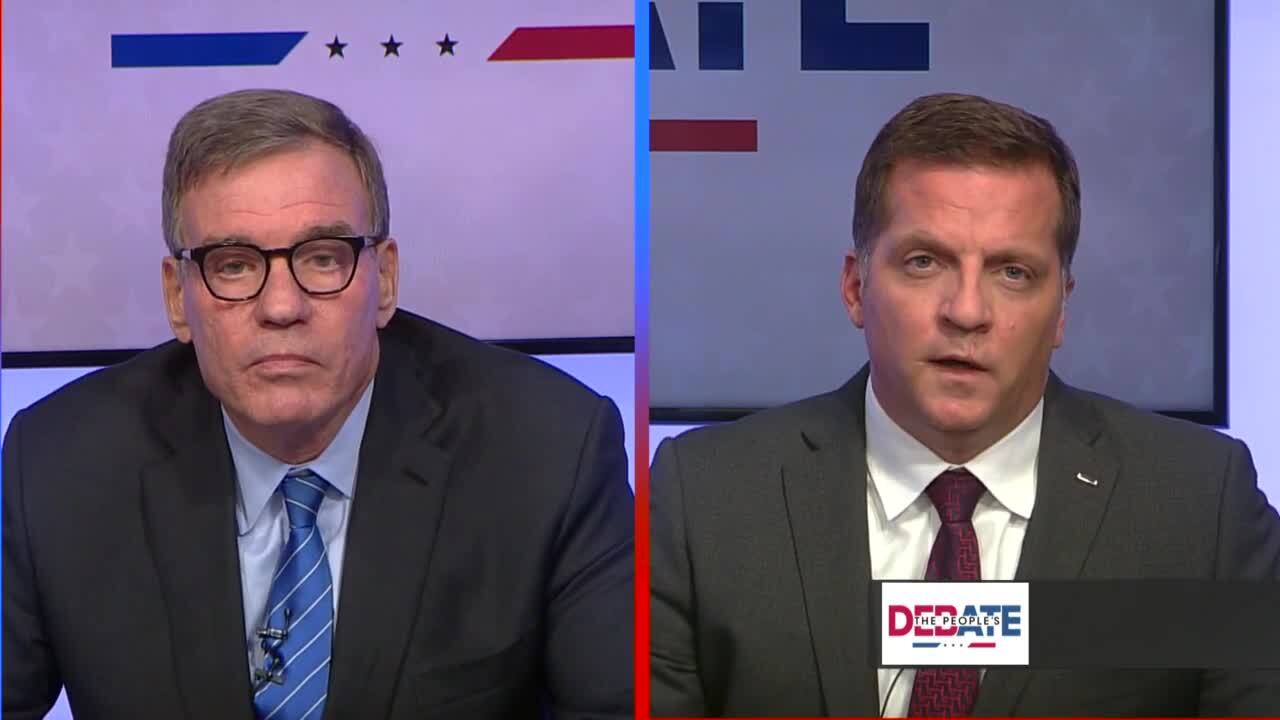 CBS 6 hosted The People’s Debate in Richmond on Tuesday night.

Sen. Warner, a Democrat and successful businessman from Northern Virginia, is running for a third term.

Dr. Gade is the Republican challenger seeking to enter politics for the first time. He’s a retired U.S. Army Lt. Col. and a professor at American University.

Atoosa Haghani, president of VCU’s Young Democrats, hosted a small watch party with her roommates on the front porch of their Fan District apartment.

“At the end of the day someone needs to do the job and I think Senator Warner is going to do it well,” Haghani stated.

On the debate stage, Dr. Gade admitted that he lacks political experience.

“This is my first campaign. I’ve never run for anything before,” Gade said. The roommates then responded, “clearly!”

“Myself, I personally was addicted to opioids,” Gade said on the debate stage. “I’m a very strong man and it was very hard to get off opiates.”

Alyssa Jones, a Virginia Tech sophomore, applauded Gade’s decision to open up about his drug addiction.

“I think it was very bold and brave for Daniel to come out about his drug addiction,” Jones stated.

GayDonna Vandergriff, a Henrico mother of two adults, thought Gade admission showed he was a viable candidate for the seat.

“When you have a candidate willing to be who they are and share that, then their heart is in it for the right reasons,” she said. “I think his integrity is something admirable and something needed in politics now.”

Vandergriff brought her husband to watch the debate with a mostly youthful crowd.

“I’m thrilled to see the enthusiasm from the young people here for Dr. Gade,” she explained.

Warner's campaign decided against an in-person watch party for the debate and encouraged families to watch from home.