No children were on bus at the time of the crash 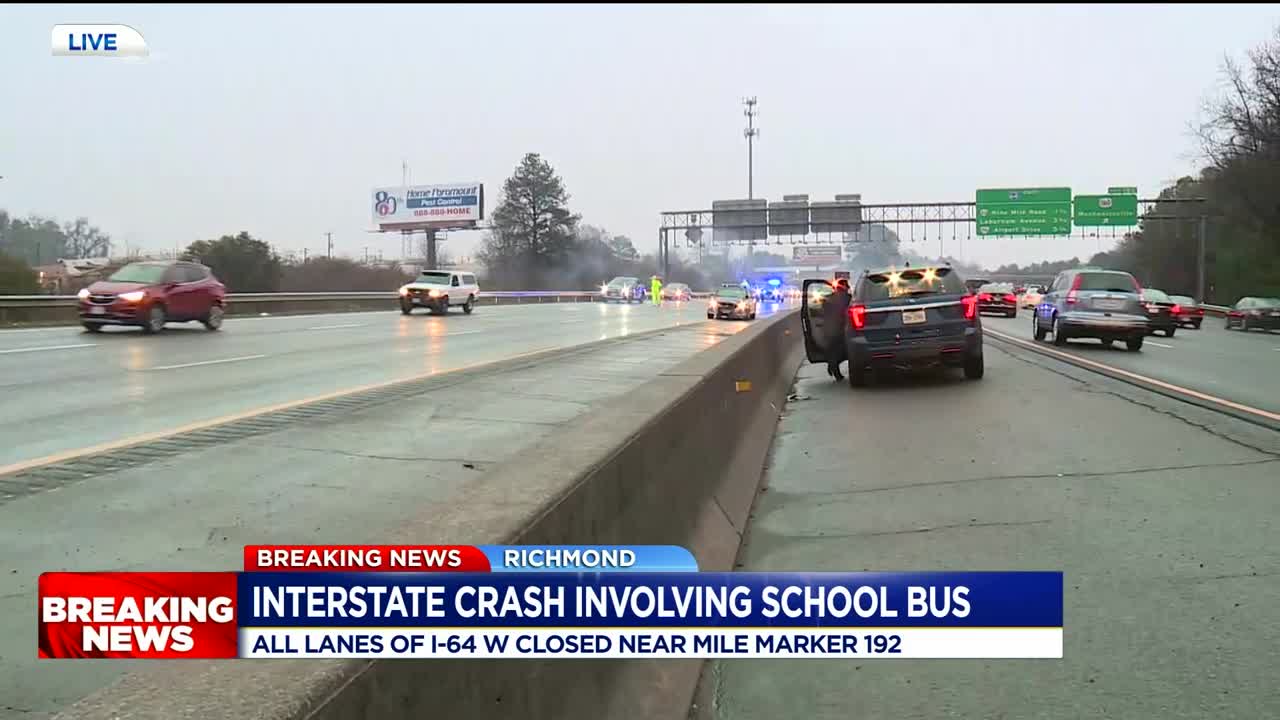 No children were on bus and the female bus driver and female passenger suffered minor injuries. 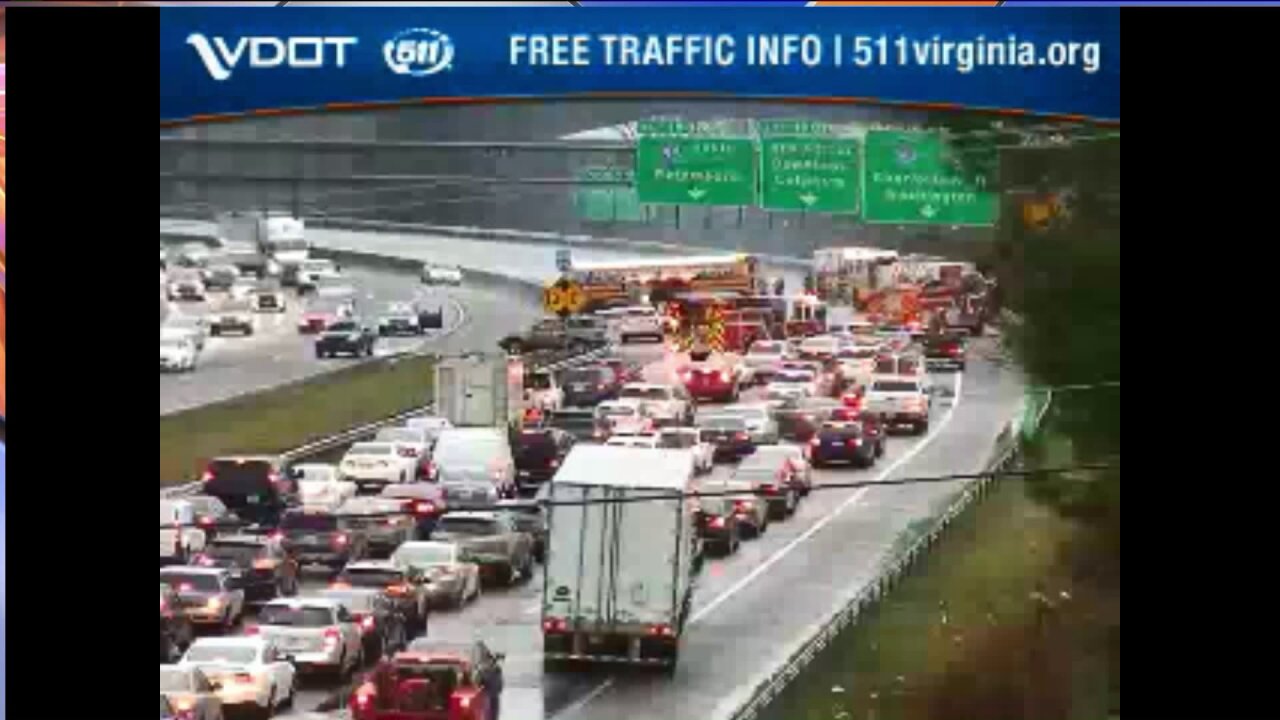 RICHMOND, Va. – A school bus crash has closed all lanes on Interstate 64 west in Richmond.

Virginia State Police said they responded to the two-vehicle crash at 4:00 p.m.

A preliminary investigation reveals that a Lexus SUV was traveling westbound and veered into left lane.

The bus was traveling in the left lane and swerved in an attempt to avoid the SUV, before striking the Jersey wall.

No children were on bus and the female bus driver and female passenger suffered minor injuries.

The driver of the Lexus did not report any injuries.

I-64 west (#Richmond) - All lanes are closed near mile marker 192 (Mechanicsville Turnpike) due to a crash. Expect delays and use alternate routes until further notice. #RVATraffic #rva pic.twitter.com/PF0GZA9TfE

Traffic is being diverted off I-64 west at exit 192. VDOT is advising travelers to expect delays and use alternate routes until further notice.