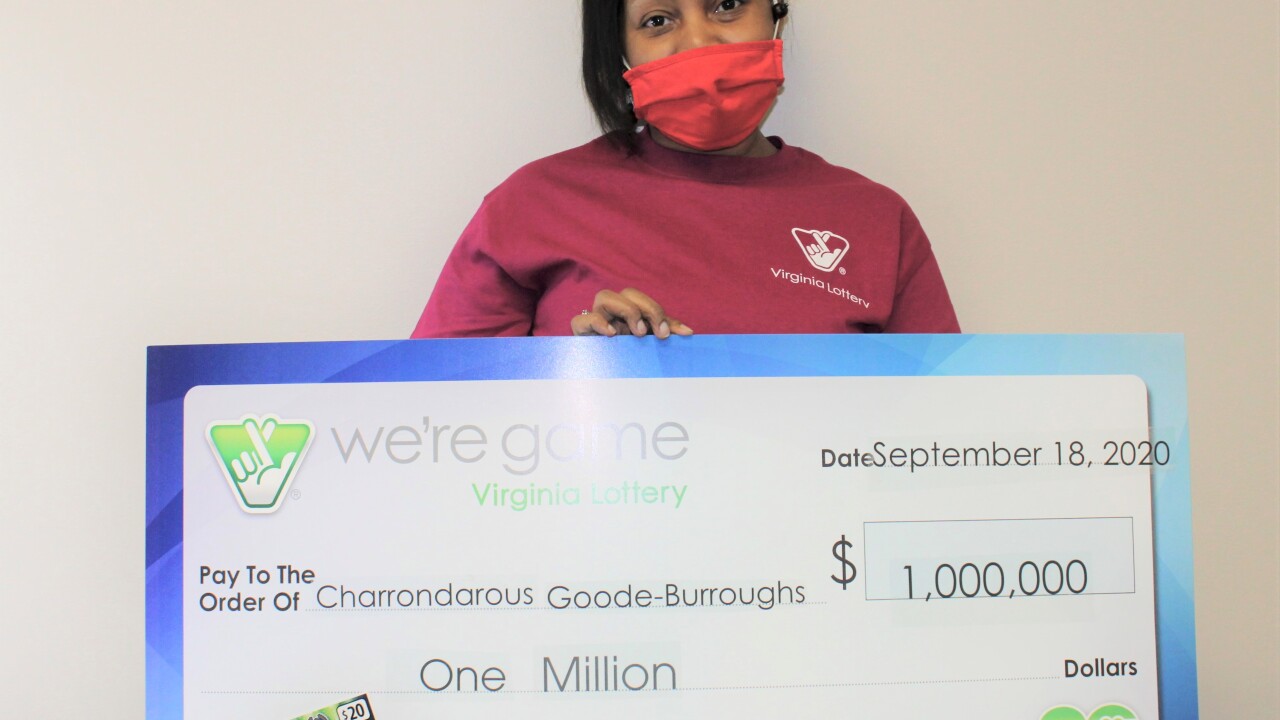 RICHMOND, Va. -- A Richmond woman had an anniversary to remember after winning $1 million on a Virginia Lottery ticket that she received as a gift.

“It said $1 million, but I truly didn’t think it was $1 million,” Charrondarous Goode-Burroughs said.

She thought there was something unusual about her $1 Million Royale ticket, but she ended up winning a top prize.

“I couldn’t believe it!” she said. “I’m still processing it.”

The ticket was a gift from her son, who bought it at E & C VA at 2707 Williamsburg Road in Richmond.

This is the first top prize claimed in the $1 Million Royale game, which means three more remain unclaimed.