Richmond teachers deliver laptops to students ahead of virtual start 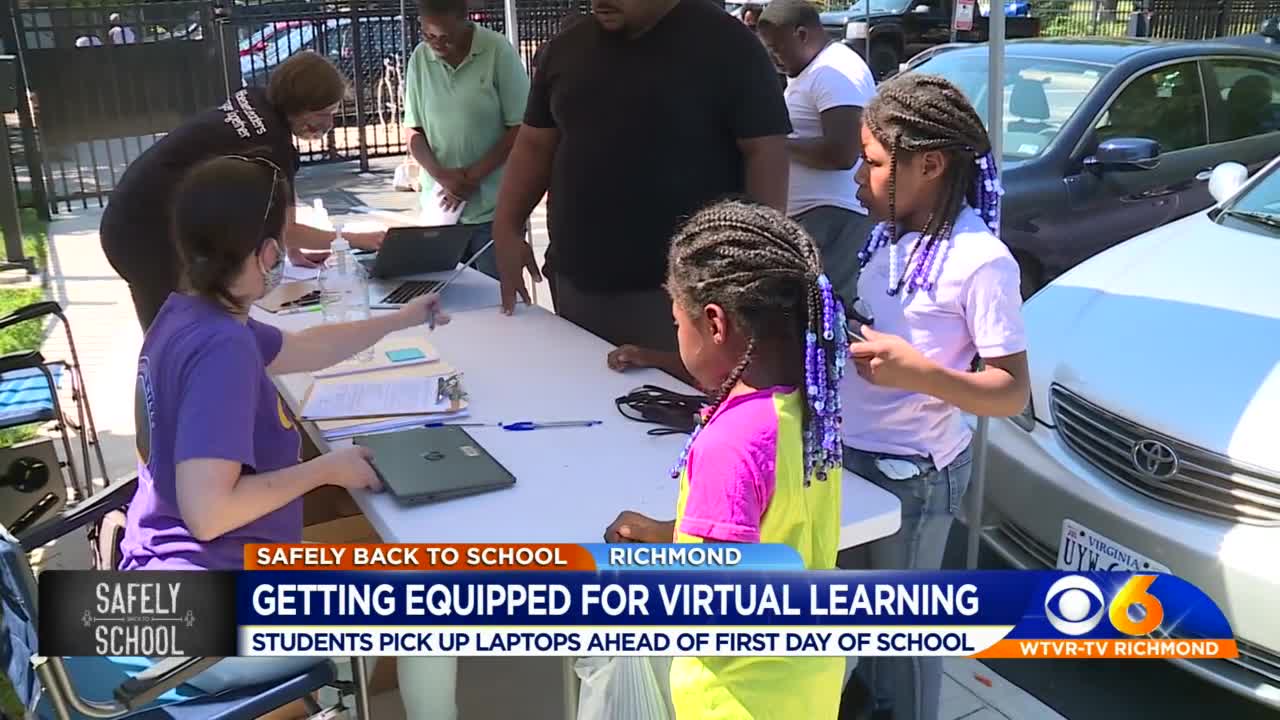 Westover Hills Elementary teachers and staff visited neighborhoods to deliver much-needed supplies to students and families ahead of the online start to classes. 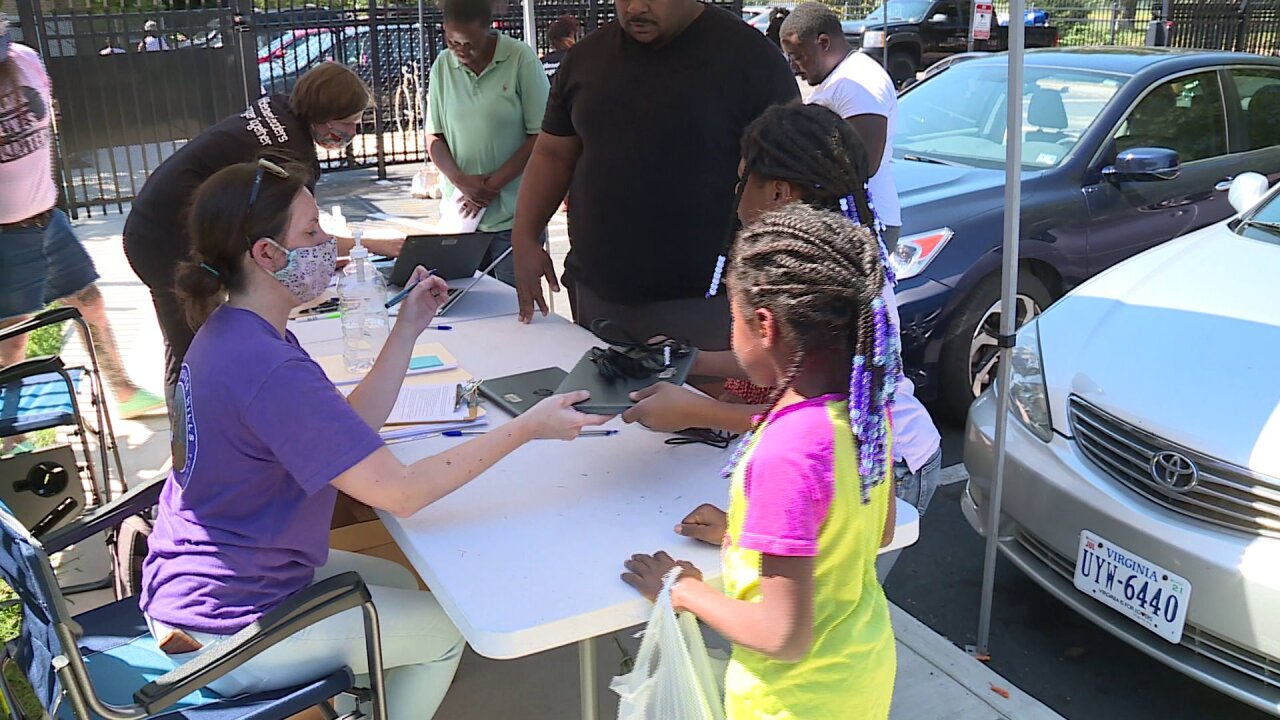 RICHMOND, Va., — Westover Hills Elementary teachers and staff visited neighborhoods to deliver much-needed supplies to students and families ahead of the online start to classes.

Richmond Public Schools set up tents for laptop distribution at the Belt at Atlantic Apartments on Midlothian Turnpike Monday afternoon.

“It looks like we have about 35 students from the Belt at Atlantic that have not picked up technology or their kits,” Principal Allison El Koubi said. “My last count was 313 of our 415 families picked up their kits.”

Sherman Harris went to the tent to pick up a laptop for his daughter, Heaven.

“I’m not nervous, but I’m excited if anything,” he explained. “I’m going have to get back used to it again, but I’m ready for it.”

In a letter to parents in August, RPS Superintendent Jason Kamras said about 10,000 Chromebooks they ordered over the summer had not yet arrived. However, Kamras reassured that students will be given tablets until the shipment is delivered.

El Koubi said their goal was to give a device to every student by 9:15 a.m. Tuesday - or the start of classes.

“Everybody has been so cooperative and understanding. It went really smoothly last week, much more smoothly than we expected,” she said.

Each student was given a bag of paper, pencils, dry erase markers, and a dry erase board.

RPS planned to continue distributing supplies and devices throughout the week.

In August, CBS 6 interviewed Tara Courtland who has a rising 5th grader at Jackson Davis Elementary and a rising 6th grader at Quioccasin Middle in Henrico County.

Both Courtland and her spouse have worked remotely since the pandemic started. Their internet lags when everyone attempts to access Zoom or other programs for presentations.

“We have to set a calendar for whose time it is to use the internet,” she said. “I asked for a mobile hotspot but they’re only for people who have zero internet.”

Thankfully, Courtland was recently able to secure a mobile hotspot for her children at Quioccasin Middle School through word of mouth.

“There were other parents waiting for hotspots, but they said they got a shipment of them and they were now available for parents who had internet but enough bandwidth,” Courtland said.

Courtland counted herself among the group of teachers and parents who advocated for a virtual start citing concerns about the ongoing COVID-19 pandemic.

“We pushed for at-home only. That’s what we got. We knew there would be challenges,” she said. “We are excited about trying something new and we are nervous. I expect everything will be a mess for awhile, but we will figure it out together.”