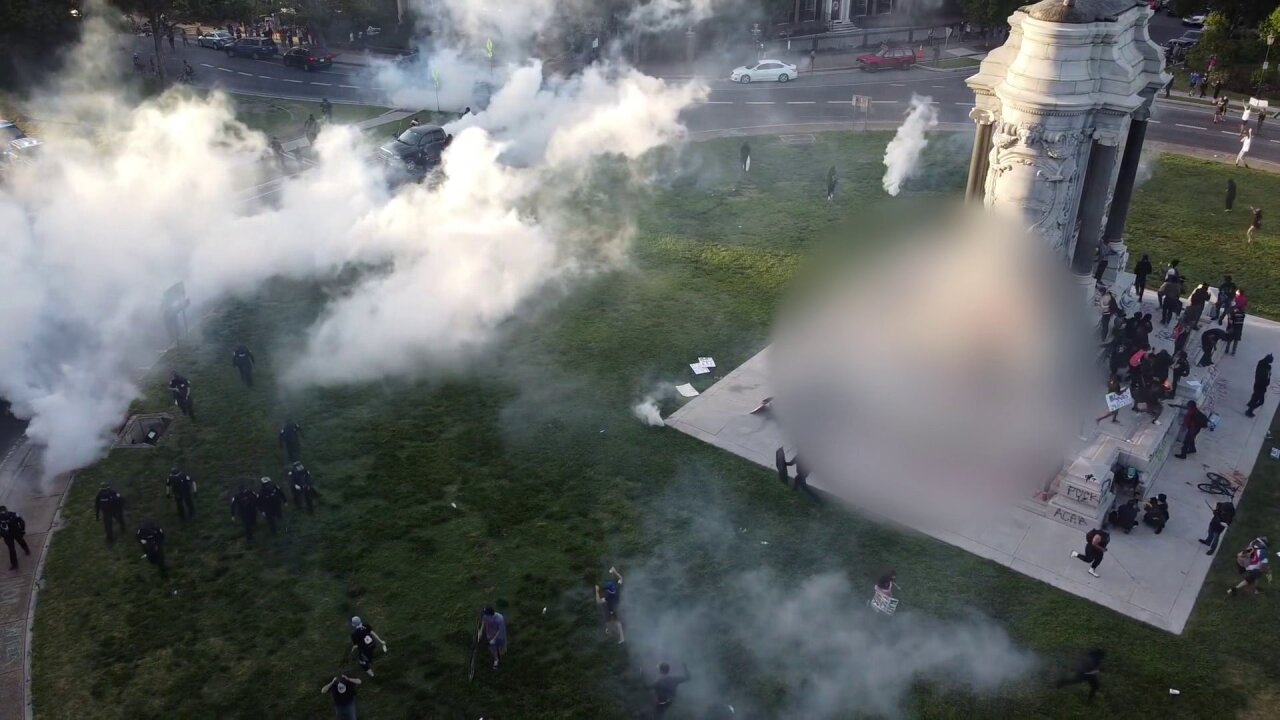 In a letter, Councilman Michael Jones (9th district) urged Colette McEachin, the Commonwealth’s Attorney for the City of Richmond, to launch an investigation into the incident that occurred nearly 30 minutes before the 8 p.m. curfew.

“In an effort to restore public trust, I am asking that the Office of the Commonwealth's Attorney for the City of Richmond investigate the events leading up to the officers teargassing the protesters,” wrote Jones.

As thousands of peaceful protesters marched from downtown Richmond to Monument Avenue on Monday night, many ended up near the Lee monument.

At about 7:30 p.m., tear gas was fired from an area where Richmond Police were stationed, toward the protesters. Many of the protesters scrambled for cover.

Police Chief William Smith said the officers involved in the incident were pulled from the field and will be disciplined for their actions.

"Chief Smith just reviewed video of gas being deployed by RPD officers near the Lee Monument and apologizes for this unwarranted action," Richmond Police tweeted. "These officers have been pulled from the field. They will be disciplined because their actions were outside dept protocols and directions given."

Tuesday, Virginia Delegate Elizabeth Guzman, the first Hispanic woman immigrant to be elected to the Virginia House of Delegates, went a step further, calling for the removal of the officers involved.

“The police have promised “discipline”, but the officers involved should be given due process and those found at fault removed from the department,” said Guzman. “We also must have full transparency with the public. The people need to see this process, and officers fired should not be able to be re-hired in another place. While racial profiling is hard to prove in an individual case, we cannot discount the context and message of this peaceful event. Enough is enough.”