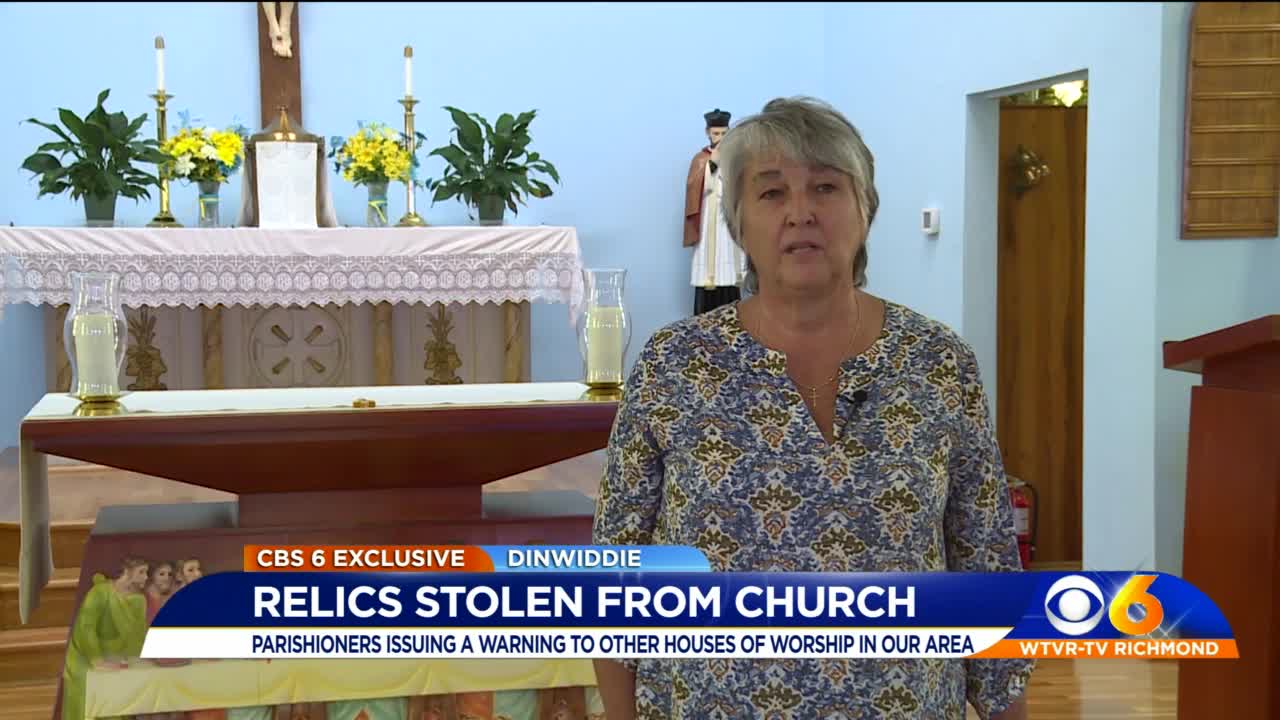 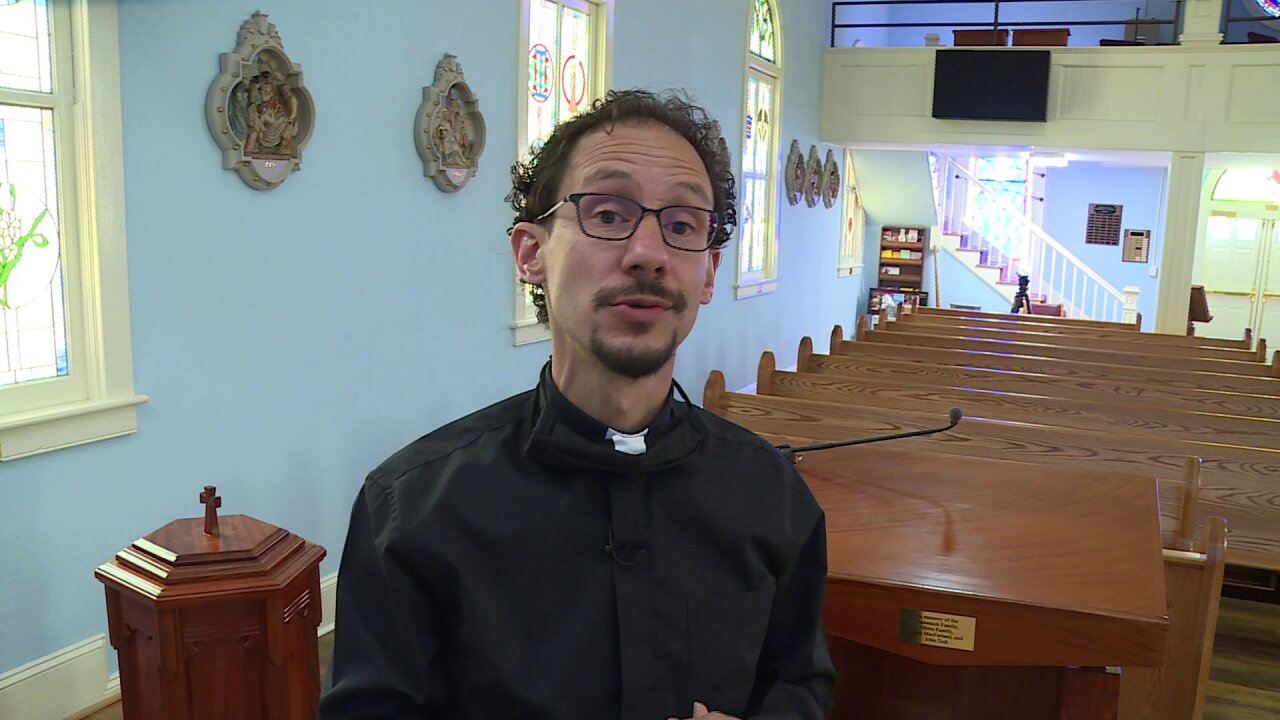 DINWIDDIE COUNTY, Va. -- A Dinwiddie County church is asking other houses of worship in the area to be on the lookout after a recent break-in saw a thief get away with several sacred relics.

"It's just like being violated, taking things, that are so meaningful to so many people in this area, and now they're just gone," said church member Ray Franzyshen.

It's believed that someone got inside St. John's Catholic Church this past weekend.

"Well it was Wednesday, I came just to check on the church because we haven't been using it for services," said Franzyshen.

That's when he discovered an open side door.

"I opened it up and yelled, 'is anybody here, who's here,' because I thought maybe it was someone who came in to water the plants," Franzyshen recalled.

Moments later, Ray realized why the door was ajar.

"I noticed one of the statues was missing and then I looked around and noticed a few other things missing," he added.

"What happens when somebody breaks into a very very important, very scared space and it's not a nice feeling," said Father Joe Goldsmith.

While the items stolen have a monetary value in the thousands, their real value is priceless.

"Well it's like you're violated, I mean most of the stuff that was stolen, has been here all of my life, so I know where it came from," said Patsy Root, a lifelong member at St. John's Catholic Church. "It's hurting the whole Parrish."

Among about a dozen missing items, Franzyshen says is a nearly century old piece of art.

"The wooden icon was at least one hundred years old and it was Czechoslovakia, which is the people who started this parish were Czechoslovakia immigrants," said Father Goldsmith

Also missing is a chalice, a processional cross and baby Jesus.

"They stole a baby Jesus from a Catholic Church," said Father Goldsmith, who has a message for the thief.

"You've broken into the church, break a little deeper into what God wants for your life and he'll show you something good, come on, I really mean that," he added.

For parishioners like Patsy Root, she just wanted the stolen items returned.

"Personally speaking, I'd like for whoever took them to just to bring them back, put them on the doorstep, and we'll, you know, because... it hurts," said Root.

Among other items missing are two incense sensors and a small figurine.

Dinwiddie County Sheriff's Office asks anyone with information about the crime to contact Crime Solvers at 804-861-1212.