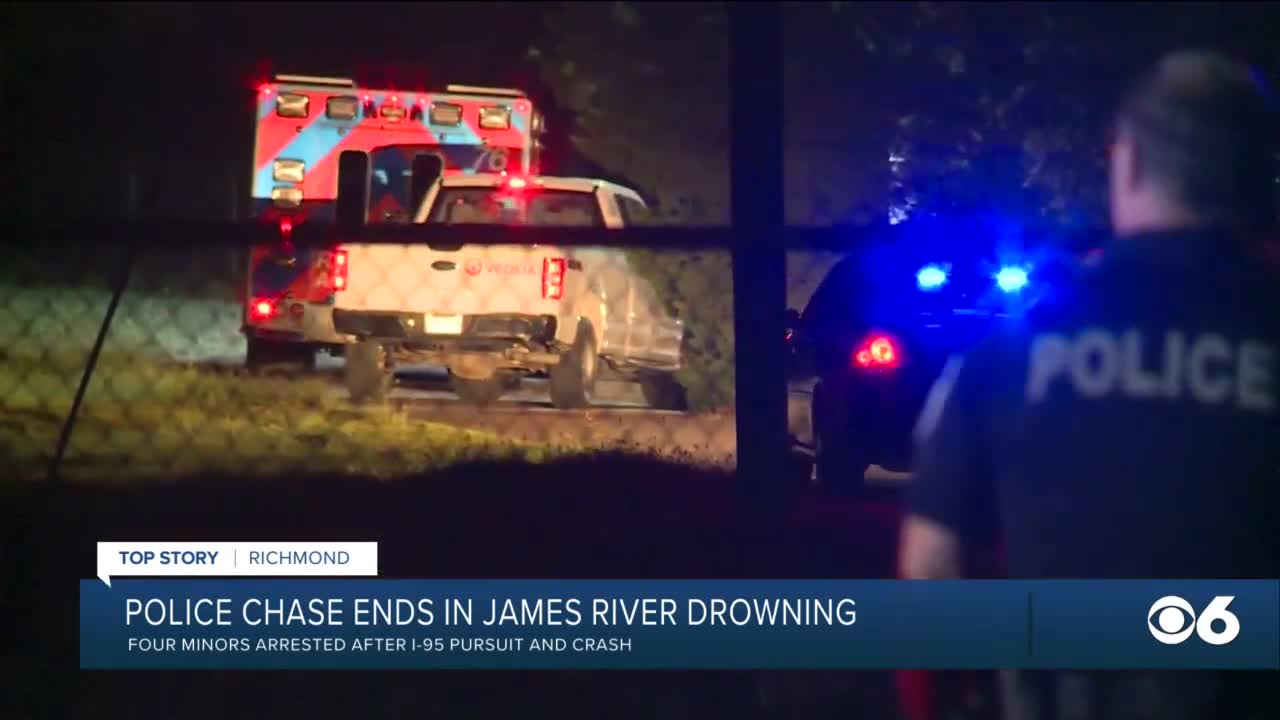 An 18-year-old who ran from police following a traffic stop in Richmond died in the James River Tuesday morning. 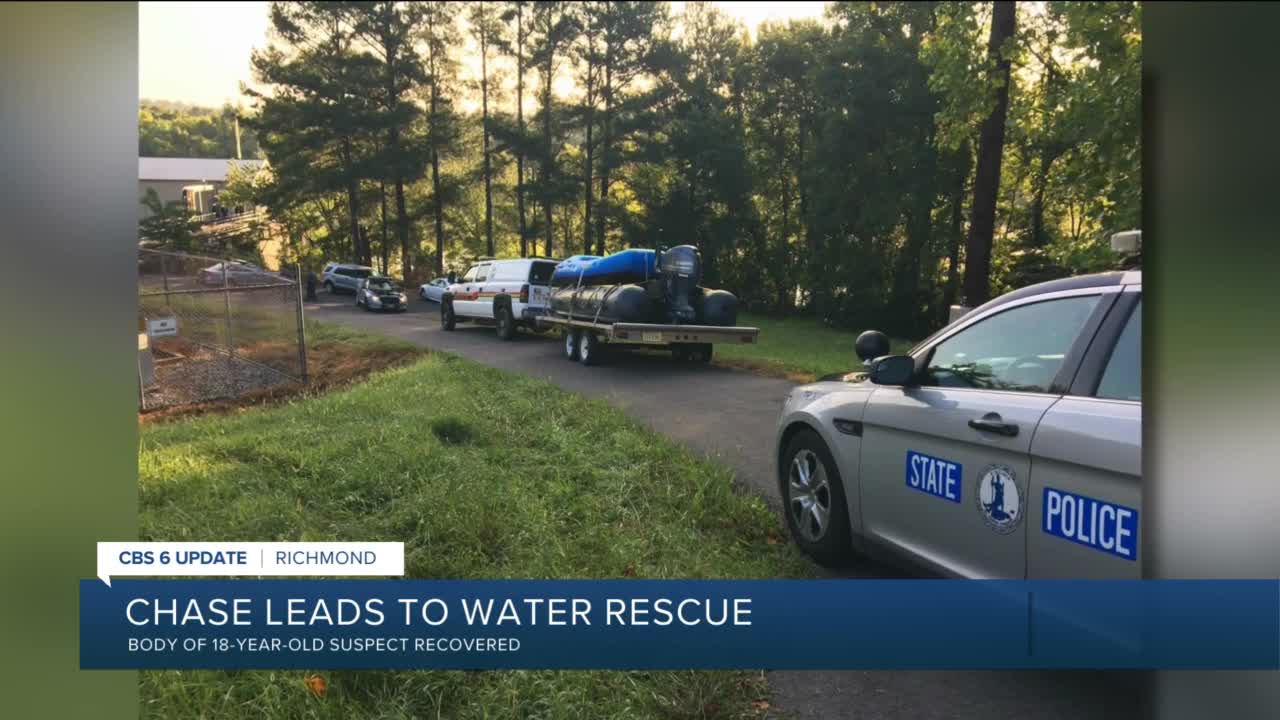 RICHMOND, Va. -- Police have identified an 18-year-old who ran from police following a traffic stop in Richmond and later died in the James River Tuesday morning as Mario Christian-Day of Richmond.

The situation began after 1 a.m. Tuesday when a Virginia State Trooper clocked a car traveling more than 100-miles-an-hour on Interstate 95 near the 895 interchange, according to Virginia State Police.

When the trooper approached the vehicle, it sped off, and police pursued.

The speeding car, which police determined had been stolen, crashed when the driver attempted to exit the interstate at Bells Road in South Richmond.

The driver and four passengers got out of the car and ran along Deepwater Terminal Road, according to police.

A 14-year-old girl was quickly apprehended, but the other four people -- all teenage males -- ran into the woods, police said.

Police and K9 searched the area and found three people, Christian-Day and two 16-year-old males from Chesterfield and Hoewell, in the river.

Officers were able to convince them to leave the water and come ashore.

The 16-year-olds made to back to land safely. Christian-Day could not.

Later in the morning, police found the fourth person who ran and identified him as a 16-year-old male from Richmond.

"All of the juveniles turned over to a legal guardian," a Virginia State Police spokesperson said. "The incident remains under investigation. Charges are still pending as state police continues its work to identify the driver of the vehicle."

Stay with CBS 6 for more updates on this developing story.