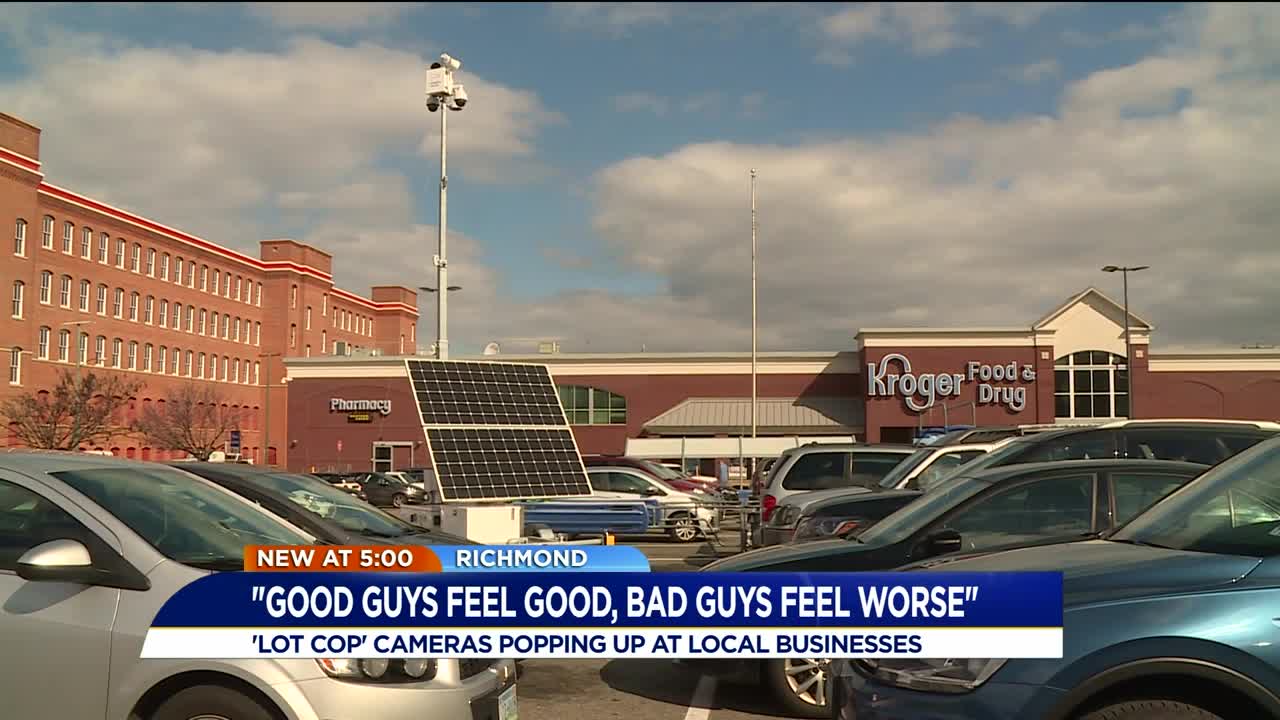 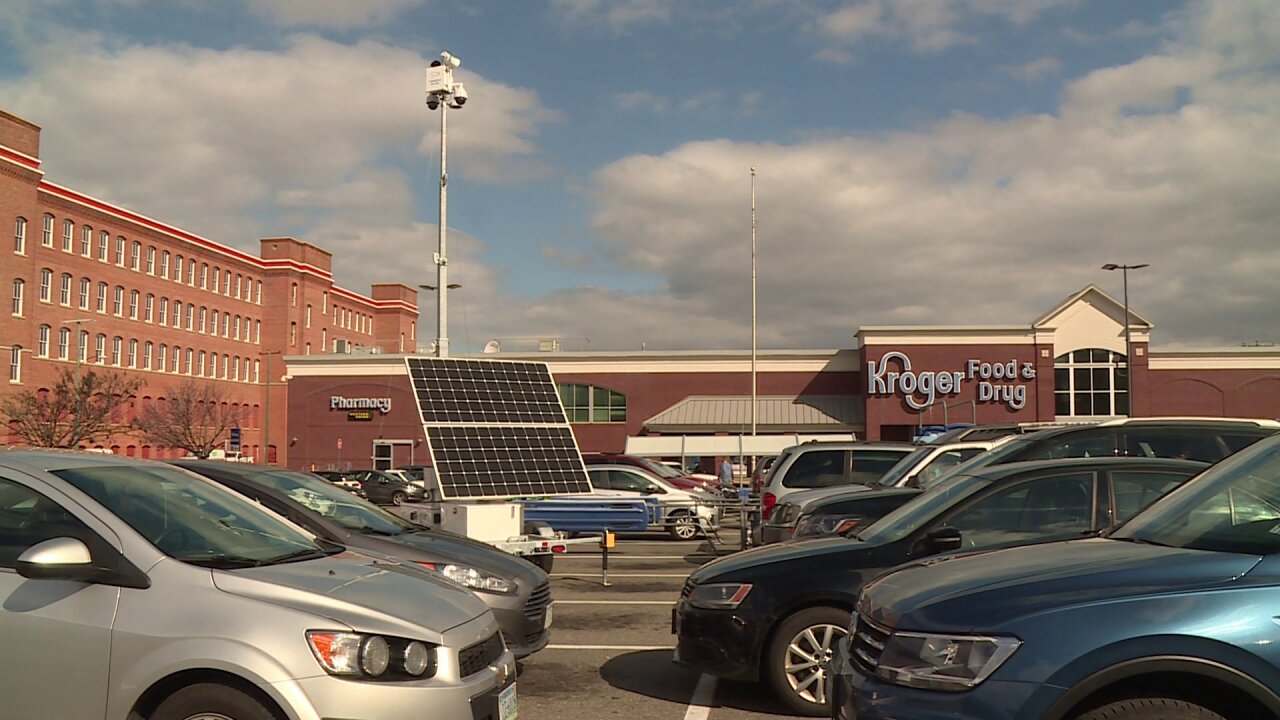 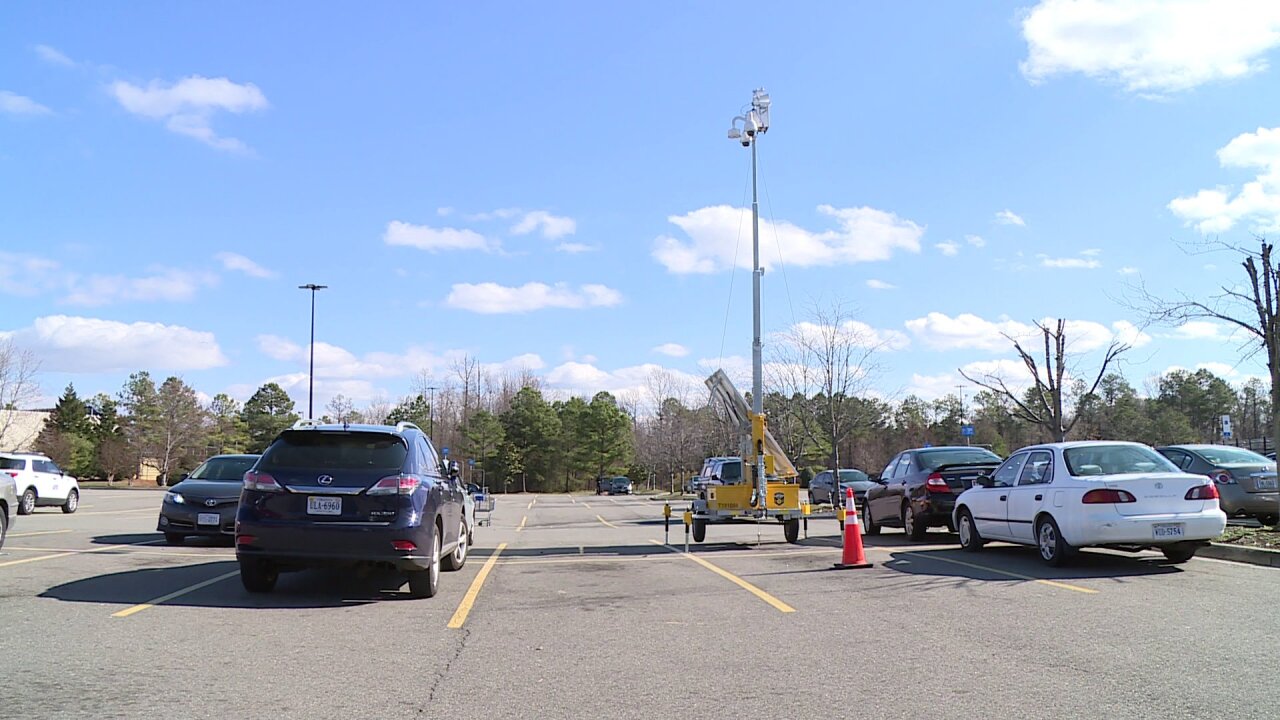 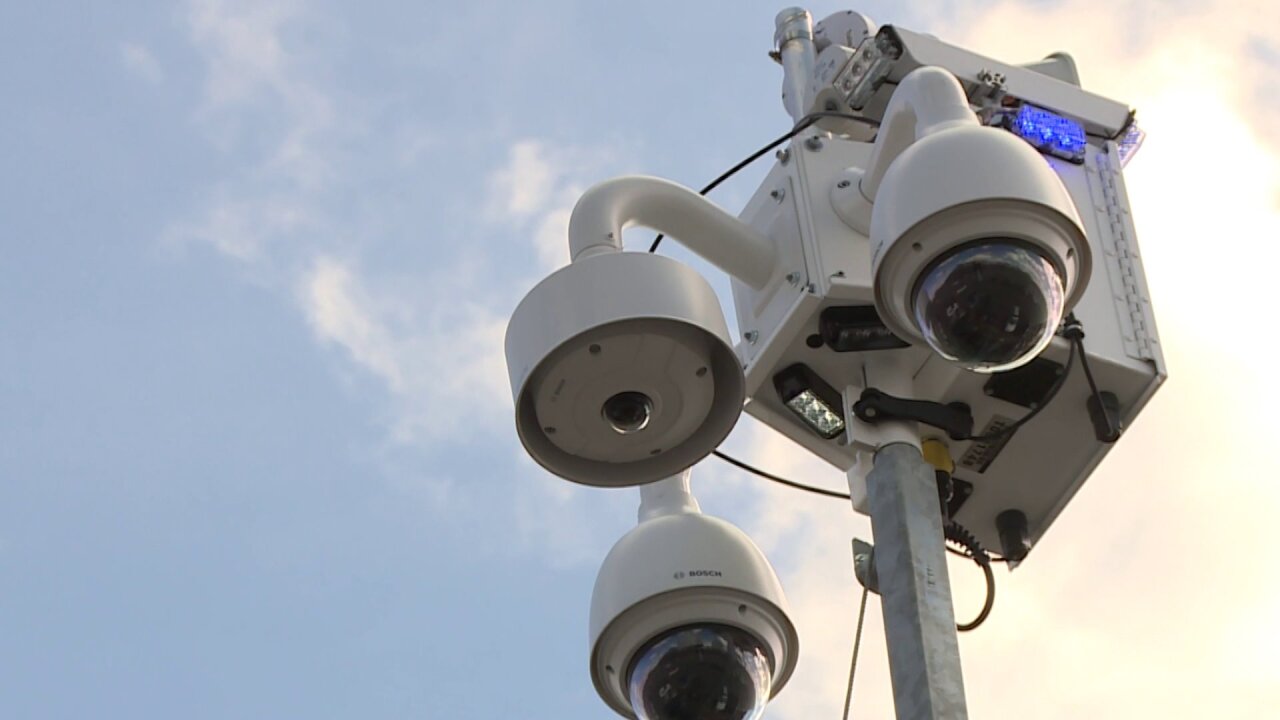 Reddit user illixxxit first posted about the technology on the RVA subreddit.

Three cameras mounted on a 22-foot tall pole along with a large solar panel sit in the middle of the Kroger parking lot on Lombardy Street.

“We are always embracing technology to make our stores safer,” said Rachel Ramey, Walmart’s market asset protection manager. “It’s a deterrent for crime, but obviously we can use it to investigate if we need to.”

Ramey said the company installed the “Lot Cops” in August to help curb crime and as “an added layer of protection for our stores and safety of our parking lots.”

Walmart wouldn’t go into specifics about crime incidents. The units record video and allow for security to review video remotely.

“In stores where we install the lot cops we’ve seen a decrease in parking lot incidents as a whole,” Ramey explained.

The “Lot Cops” can even talk back. “Please, do not touch or tamper with the device,” a stern voice said first in English, then in Spanish.

The systems were created by Liveview Technologies in 2005 after branching out from the construction finance industry.

“We figured out a way to mix a lot of technologies,” Studdert stated. “Being solar based with a cloud backbone allows us to put technology anywhere.”

The technology is also used by state and federal governments in oil, gas, emergency management education sectors, according to the company’s website.

The units can be installed with license plate readers, gunshot detectors, and chemical sniffers. The company termed the systems D-3’s – for detect, deter, and defend.

“We get some negative feedback about Big Brother and who’s watching. For us these are tools that allow us to be more safe,” Studdert explained.

Qahri Robinson opposed the new technology while shopping at the Lombardy Street Kroger.

“I know why it’s out here, but people should have privacy even inside their car,” he said.

"If you’re an honest person and you have nothing to hide, then it’s OK with me,” she stated.

“The Richmond Police Department welcomes the new technology being installed at the Kroger Store. We have seen continued success through the use of private camera systems to investigate crimes,” a RPD spokesman said in a statement.

A Kroger spokesperson justified using the systems as “creating a safe shopping experience for associates and customers.”

"We are always exploring new ways to enhance safety at our stores. Most recently, we rolled out technology at several stores in our Mid-Atlantic division after seeing a positive response to similar security measures at other Kroger locations and major retailers across the country,” a Kroger spokesperson said. “We are just beginning to utilize this technology and will continue to evaluate its effectiveness in monitoring our properties.”