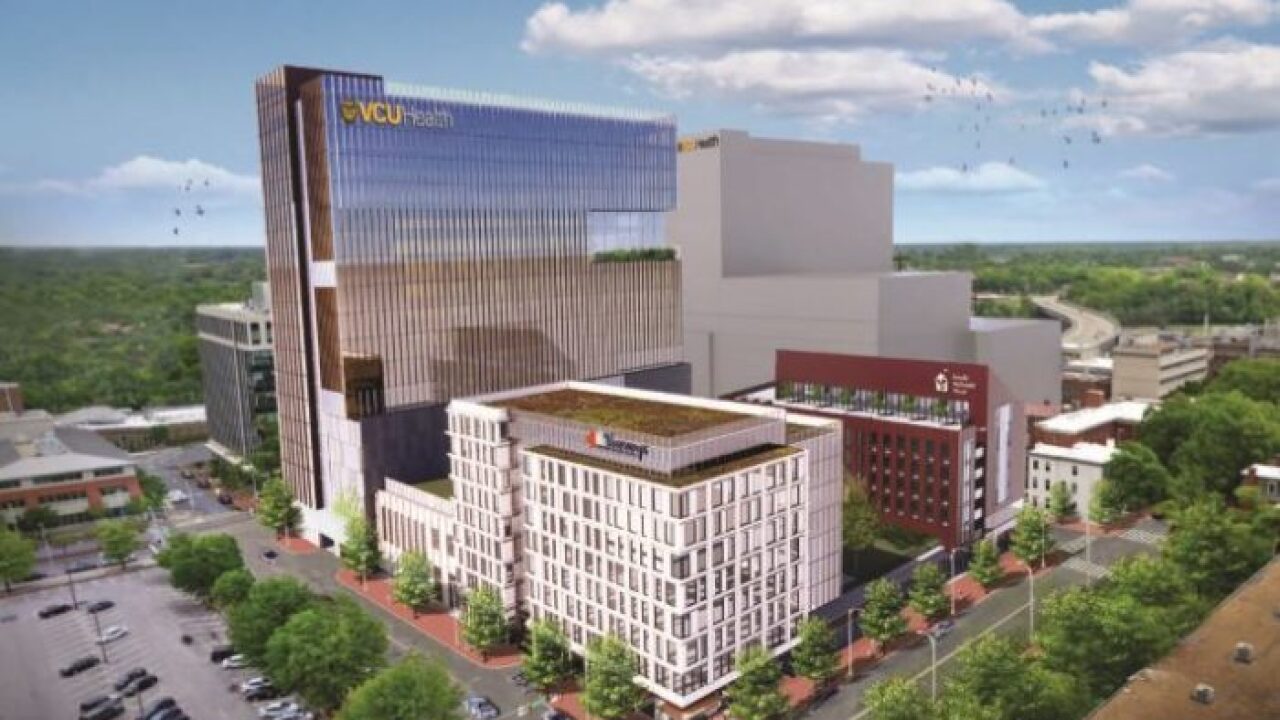 Maki Somosot
A rendering of the proposed office tower and complex that would replace the Public Safety Building.

RICHMOND, Va. -- Three months after Richmond City Council said “no” to the controversial Navy Hill project, the developers behind that proposal have returned with an offer to buy and replace one of the city-owned buildings involved with a new mixed-use structure and office tower.

Capital City Partners, the development team that was enlisted for Navy Hill, has submitted an offer to the City of Richmond to buy the Public Safety Building at 500 N. 10th St. and redevelop the site as a privately-owned mixed-use office complex, highlighted with a tower comparable in height to the 17-story VCU Health outpatient building under construction across the street.

A letter to the city dated May 1 offers $3.17 million for the 3-acre site, which is bordered by Ninth, 10th and Leigh streets and the Department of Social Services building on East Marshall Street. The offer amount is based on an appraisal conducted by CBRE.

The new development, totaling 545,000 square feet, would house office and support space for VCU Health, new child development space and spec Class A office space, as well as new facilities for local nonprofits The Doorways and Ronald McDonald House Charities, according to the proposal. It also would include 20,000 square feet of ground-level retail and 1,900 parking spaces. Continue reading on Richmond BizSense.