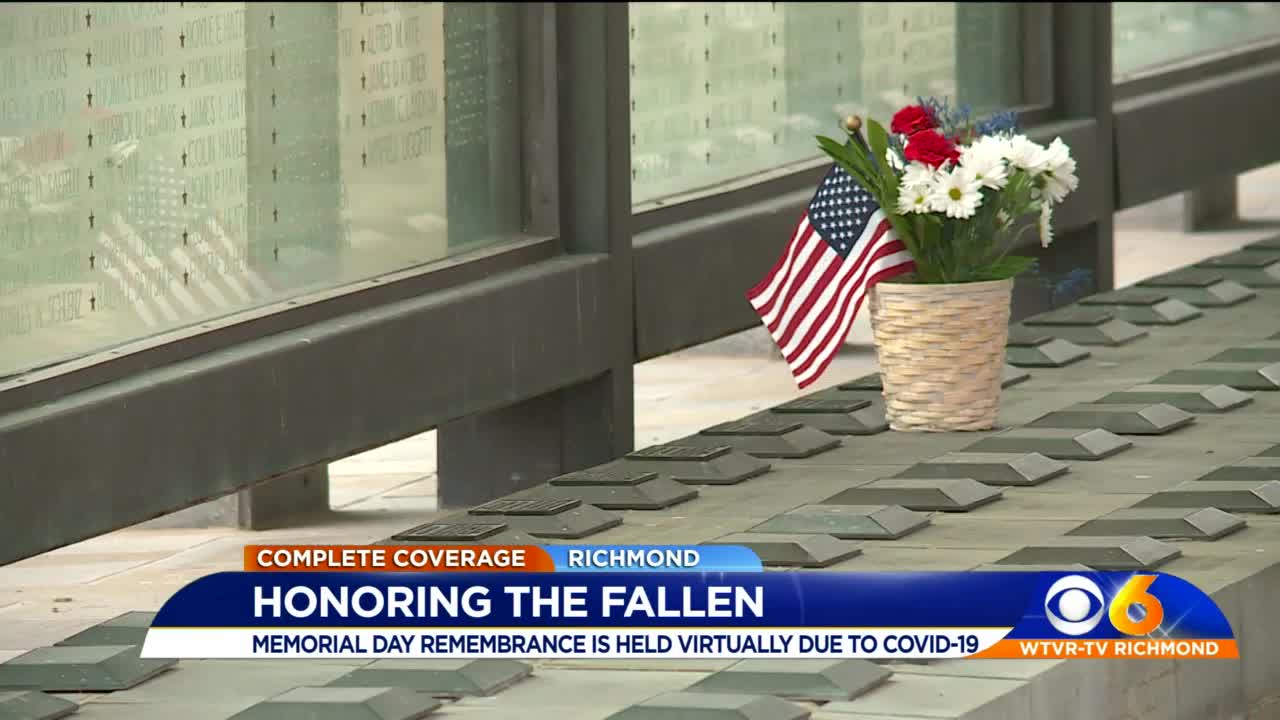 For the past six decades, hundreds of Virginians typically fill the Virginia War Memorial to honor those who made the ultimate sacrifice for our country on Memorial Day. 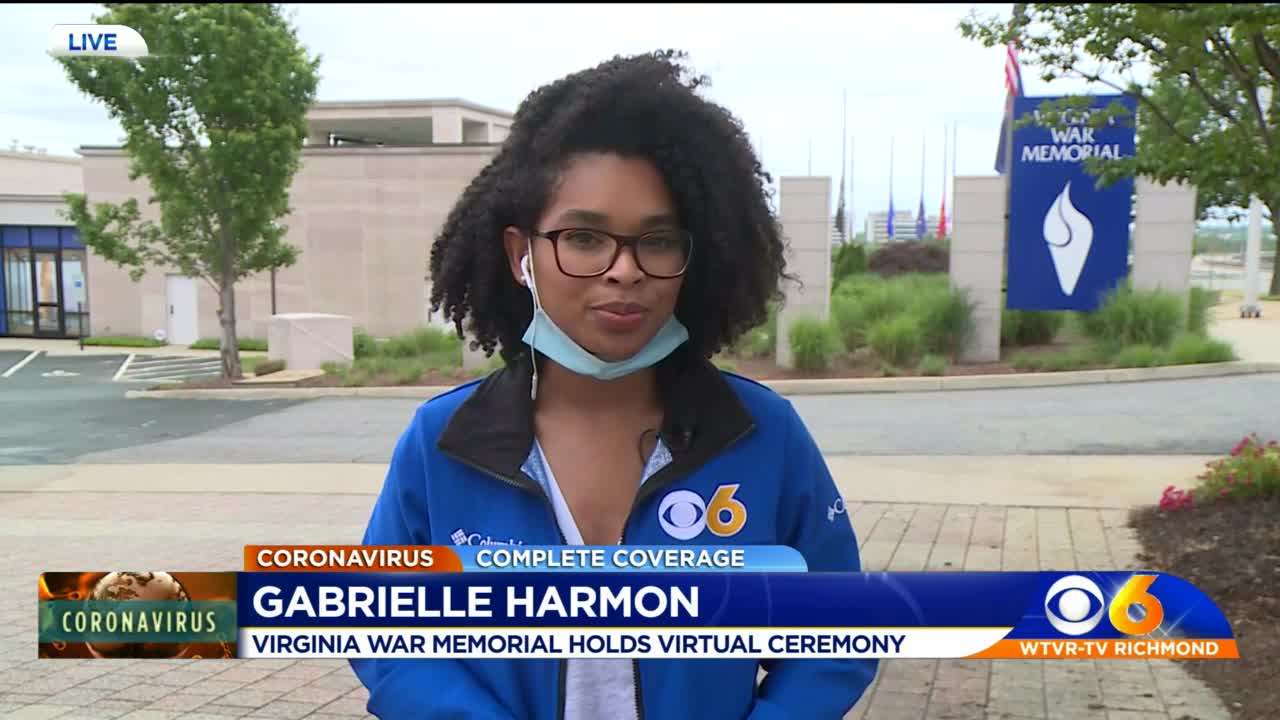 RICHMOND, Va. -- For the past six decades, hundreds of Virginians typically fill the Virginia War Memorial to honor those who made the ultimate sacrifice for our country on Memorial Day.

This year, organizers asked families and veterans groups to stay home due to the COVID-19 pandemic.

“These are not normal times. Nothing about the past few weeks has been normal,” said Dr. Clay Mountcastle, Director of the Virginia War Memorial.

The ceremony at the Virginia War Memorial was broadcast on CBS 6 and live streamed WTVR.com on Monday morning.

The ceremony honored service members who sacrificed their lives for the country, including Staff Sergeant Ian McLaughlin. The Newport News man was killed in action earlier this year while serving in Afghanistan.

Governor Ralph Northam, whose pre-recorded speech was played near the beginning of the Memorial Day ceremony, requested that all flags across the Commonwealth be lowered at half staff.

Although the ceremony was closed to the public, a few people gathered outside of the perimeter to pay their respect, while still following safety guidelines.

"On a day like today, you want to have a big crowd, you want to see all the faces, all the veterans’ groups, you want to see as many visitors as possible on Memorial Day," Dr. Clay Mountcastle, Director of the Virginia War Memorial, said. "But certainly on today we understand why this year that's not possible. But hopefully people are still going to be able to spend a few minutes reflecting on the true purpose of Memorial Day."

Brandon Duong brought his young family to the South Belvidere Street memorial. He served a tour in Iraq in 2016.

“It’s nice to pay our respects and get them to recognize the sacrifice of all these people, “Duong explained.

Duong rarely misses a trip to the memorial each year. He and his wife felt compelled to bring their daughters while at a young age.

“I don’t think they really understand right now, but the best I can do is expose them,” Duong said. “As they get older I can explain to them more about the holiday.”

Dr. Mountcastle said the younger generations must be educated about the sacrifices of Americans before them.

“We must teach the next generation why this place and the names within are special,” he said from the podium. “Each name represents a family that never witnessed a homecoming. That was never able to say all the words they wanted to say."