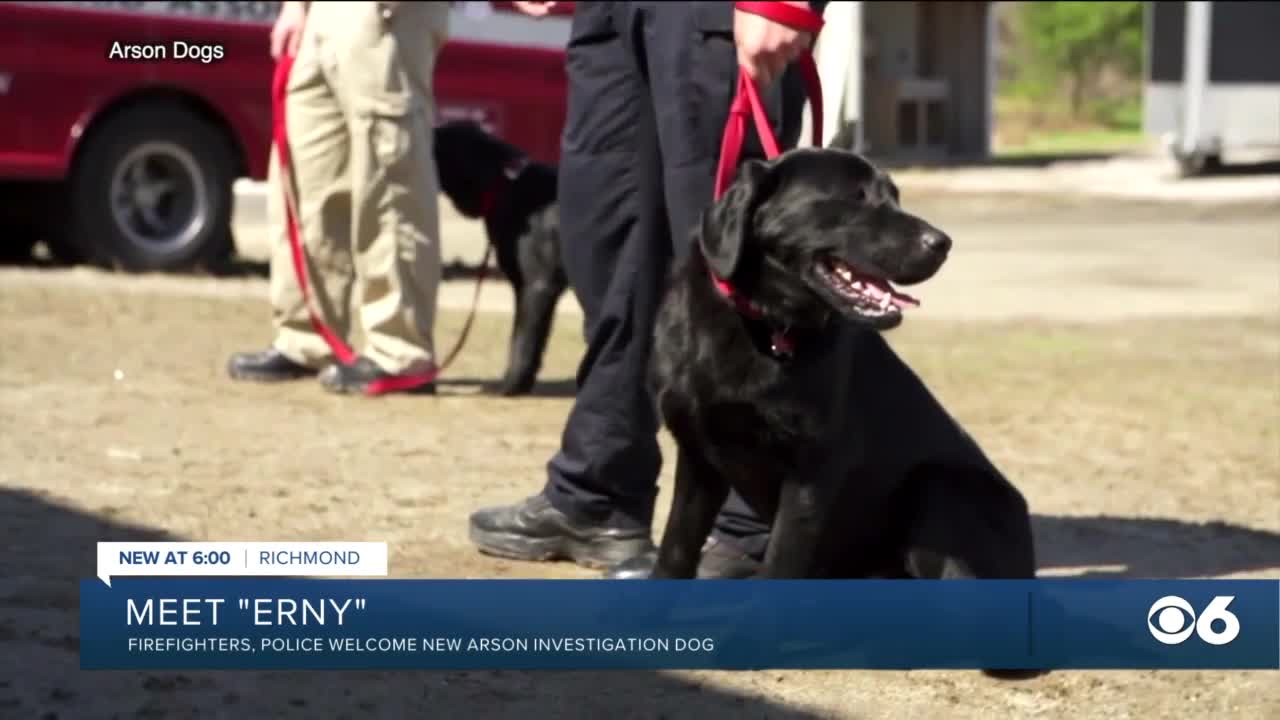 “He can go in and find a source, then point out a spot to take a sample. It reduces the hours we are on scene and exposed to things quite a bit,” Acors said.

Erny is considered a work-to-eat dog and trains everyday. Acors only feeds the canine out of his right hand for training purposes.

“He’s trained to detect the smell of basic compounds that are found in a lot of ignitable liquids,” Acors explained. “He identifies the source of the smell. I reward him with a hand full of kibble, and that’s how he alerts and tells me where to take a sample.”

The State Farm Arson Dog Program provided a $25,000 grant to train Erny at a law enforcement academy in Maine.

Since the program’s beginning in 1993, more than 425 dogs have been placed in 46 states, Canada and Washington D.C.

Erny and all arson dog teams are trained by Maine Specialty Dogs and certified by the Maine State Police, according to a press release.

“Millions and millions of dollars are lost due to arson and human life. It’s a good thing to have these folks in our community,” said Glen Allen agent John Patterson. “Hopefully, Erny will not only help the fire department but help the community with awareness.”

Erny will serve as the city’s only arson dog.

Acors said the team will be deployed to neighboring localities help is requested.

The dog will live with Acors along with his family’s two-year-old Labrador.

“You get a bond just interacting and knowing you’re responsible for feeding this dog every day,” Acors stated.