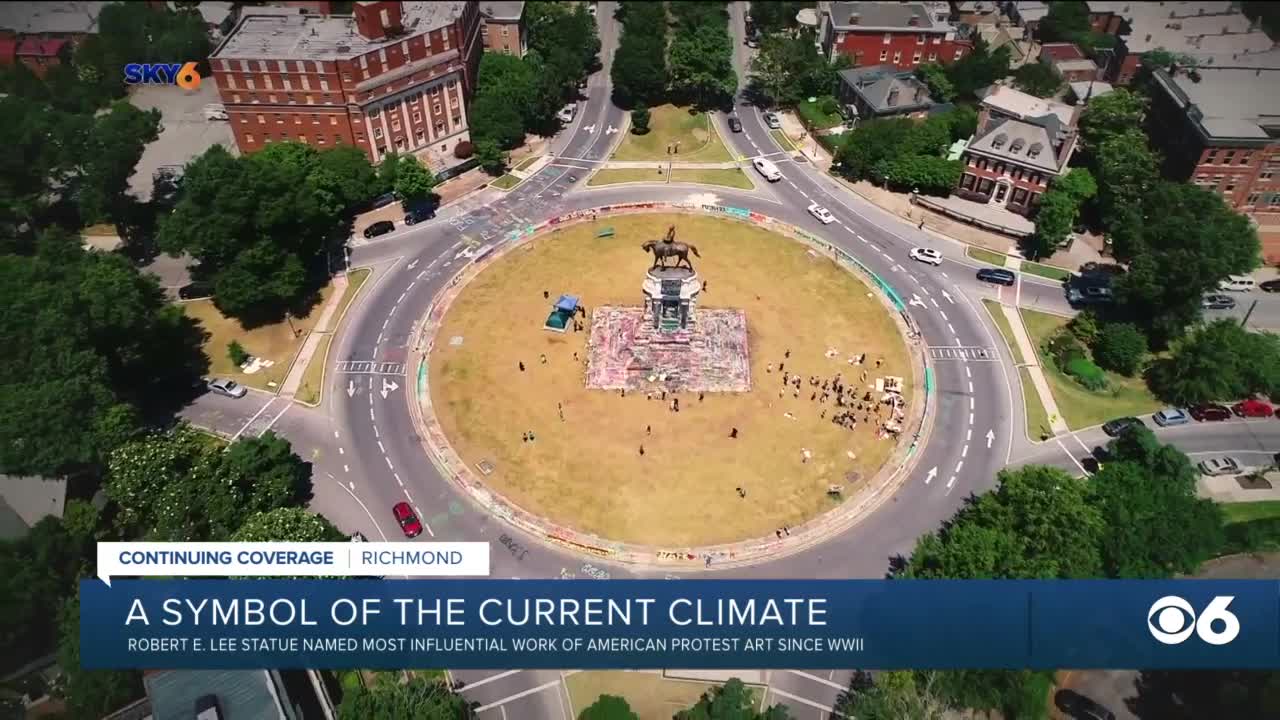 The New York Times ranked the Robert E. Lee monument, in its current form, as the most influential work of American protest art since World War II. 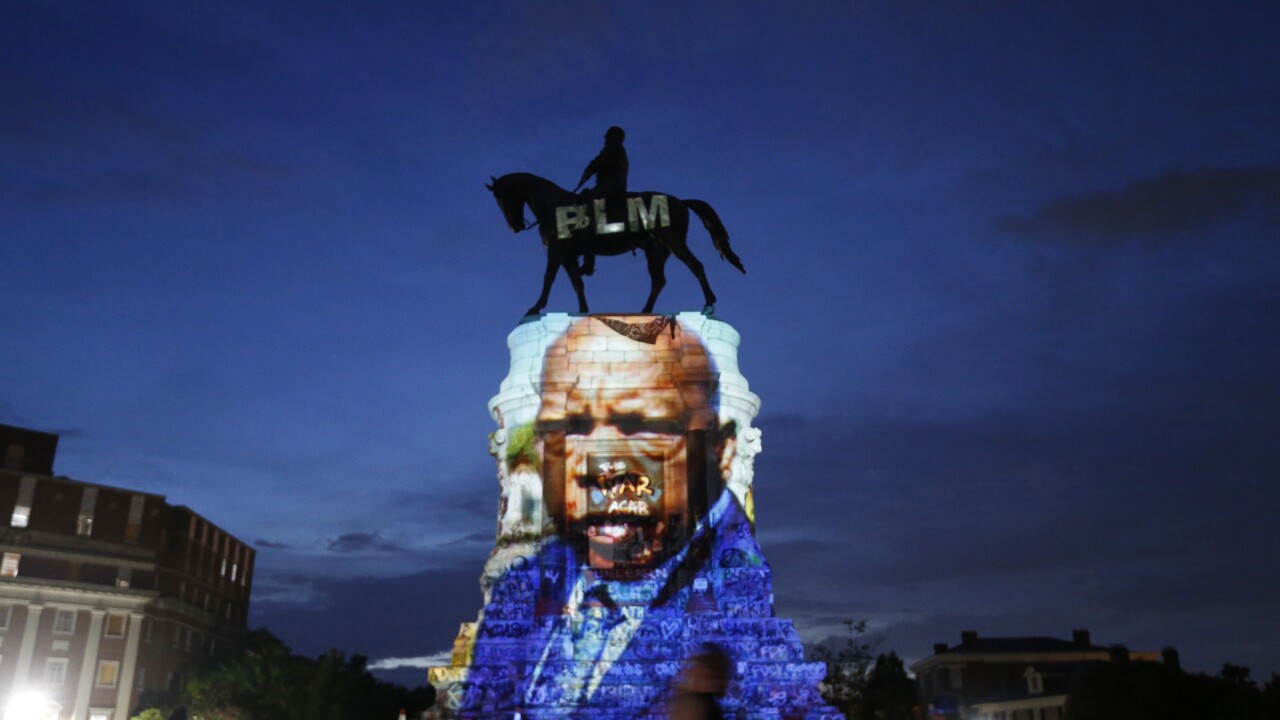 RICHMOND, Va. -- The New York Times ranked the Robert E. Lee monument, in its current form, as the most influential work of American protest art since World War II.

The 130-year-old monument honoring the Confederate general has been covered in graffiti since early June when protests and social unrest gripped Richmond, and the nation, following the death of George Floyd in Minneapolis, Minnesota.

While the ultimate fate of the Lee statue will be determined in court later this month, the space surrounding the graffiti-covered monument has been occupied by community members as a gathering place to not only protest but also to meet and create art.

"Journalists kept showing me images of what was going on in Richmond with the statue of Robert E. Lee. There were projections on it, it became an activist site," an artist Catherine Opie who helped compile the list for the New York Times said. "The transformation of that space, to me, felt like exactly what protest art is. The day I was there, I had a big camera with me, so multiple families would ask me to take their portrait in front of the statue, which I would do with their cellphones — and just in that way, it became activated. I’m really interested in ideas of activism in relationship to activating these sites. The question now is about the removal of that monument — in my opinion, all monuments from that era need to be removed — but what does that do to the history of the activation there? I find it a very poignant moment of protest art."

After Virginia Governor Ralph Northam ordered the Lee statue removed from the monument, some neighbors along Monument Avenue filed lawsuits against the state in an effort to protect the statue.

In addition, other neighbors have come forward with concerns about violence, crime, and the fear they say their neighborhood experienced when protesters shut down their streets over the summer.

CBS 6 produced a documentary entitled "112 Days" that detailed the protests and presented perspectives of some protesters and Monument Avenue neighbors. Click here to watch.