Leaders worried Petersburg will be 'heavily hit' by ice storm

PETERSBURG, Va. -- Leaders in Petersburg are on edge as a significant winter storm is on tap for Saturday and an ice storm warning is in effect for much of Central Virginia.

“Most predictions are saying Petersburg will be very heavily hit by freezing rain," Ferrell-Benavides said. 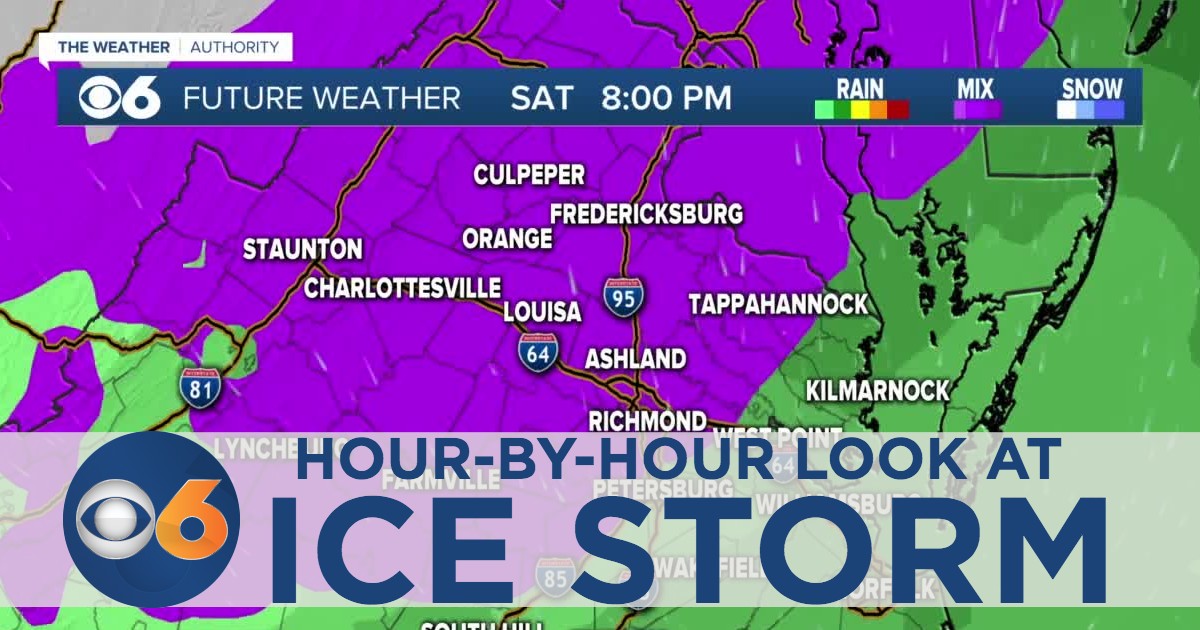 What may be one of the biggest concerns is iced over limbs falling on power lines.

City department heads are seeking out portable generators and buildings to use as shelters during the pandemic.

“We need places where we can manage and help people to spread out," Ferrell-Benavides said.

Police officers will be on patrol to make sure the homeless have somewhere to go.

“We don’t want anyone to be outside in these types of elements," Petersburg Police Chief Travis Christian said.

However, officials pointed out that they do want homeless people to shelter in vacant buildings

“We are monitoring those buildings to make sure that people aren’t they’re making fires inside, that could be a danger to them and others," Ferrell-Benavides explained.

Petersburg Fire officials have brought in additional firefighters and strategically placed reserve fire trucks around the city. One of those is specially equipped truck to run calls.

Officials urged folks to be careful. If you're cooking and the power goes out, turn off your burners and oven to prevent a fire when the power comes back on.

Additionally, if you're using a space heater and the power goes out, be sure to unplug it.

And always use extreme caution when burning candles and never use a portable generator inside your home.