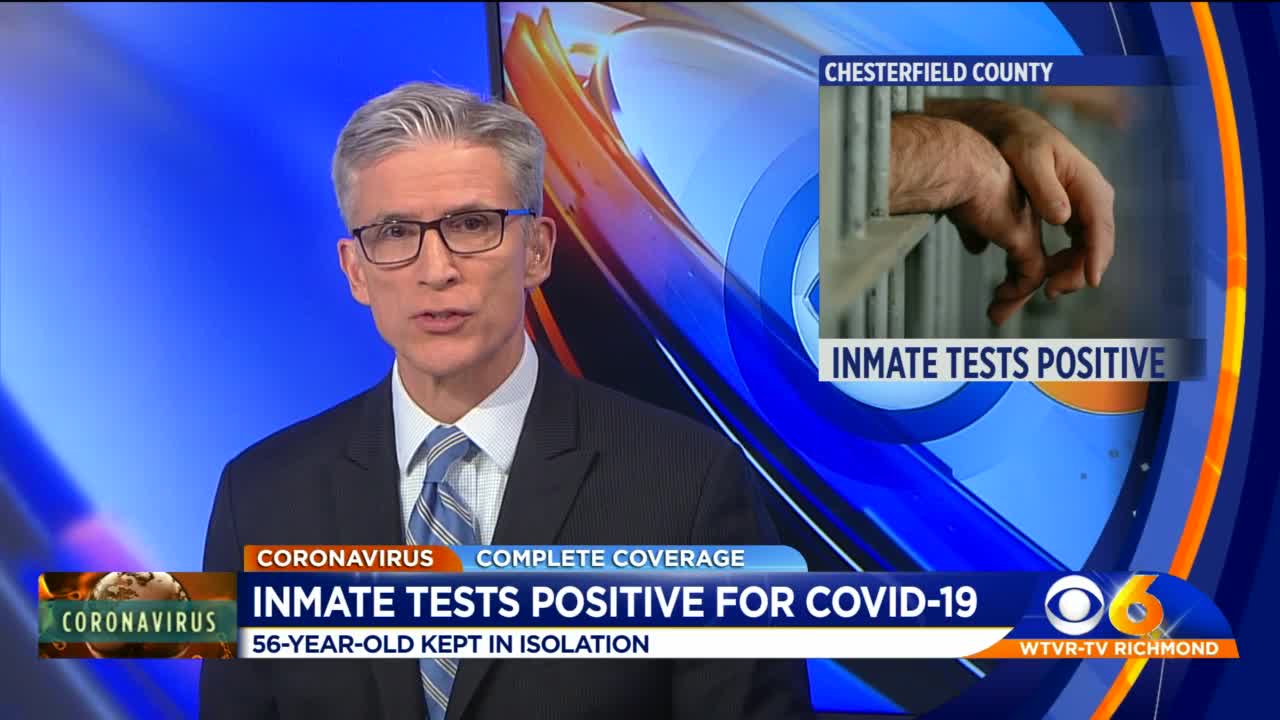 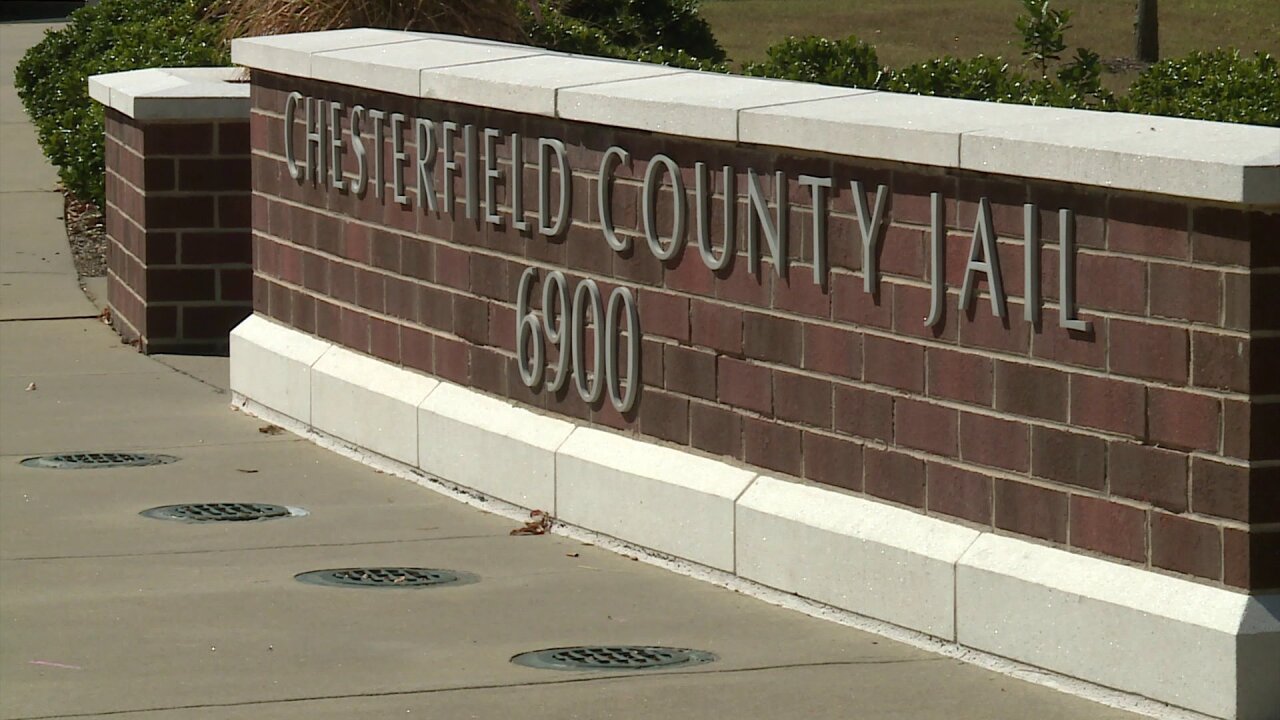 CHESTERFIELD COUNTY, Va. -- The Chesterfield County Sheriff’s Office is monitoring a 56-year-old inmate who was arrested over the weekend after he tested positive for COVID-19 on May 5.

The inmate later went to a local hospital on May 8 and was admitted and released on May 11.

Upon arriving at the Chesterfield County Jail "all precautions were taken to isolate the individual by placement in one of the jail’s negative pressure rooms out of an abundance of caution since it was still inside the 14-day self-isolation period for the individual," the Sheriff's office said in a press release.

That 14-day period ends Tuesday May 19th, and the individual will have a follow up COVID-19 test administered.

New committals to the jail are brought in through a rear entrance of the jail and are initially held in a downstairs area for two or three days for evaluation. They are then moved to another section of the jail for 14 more days and are placed in general population once medically cleared.

To date there have been no positive cases for either inmates or deputies.