'Jacked-up, raised' vehicles are no match for flooding, police warn 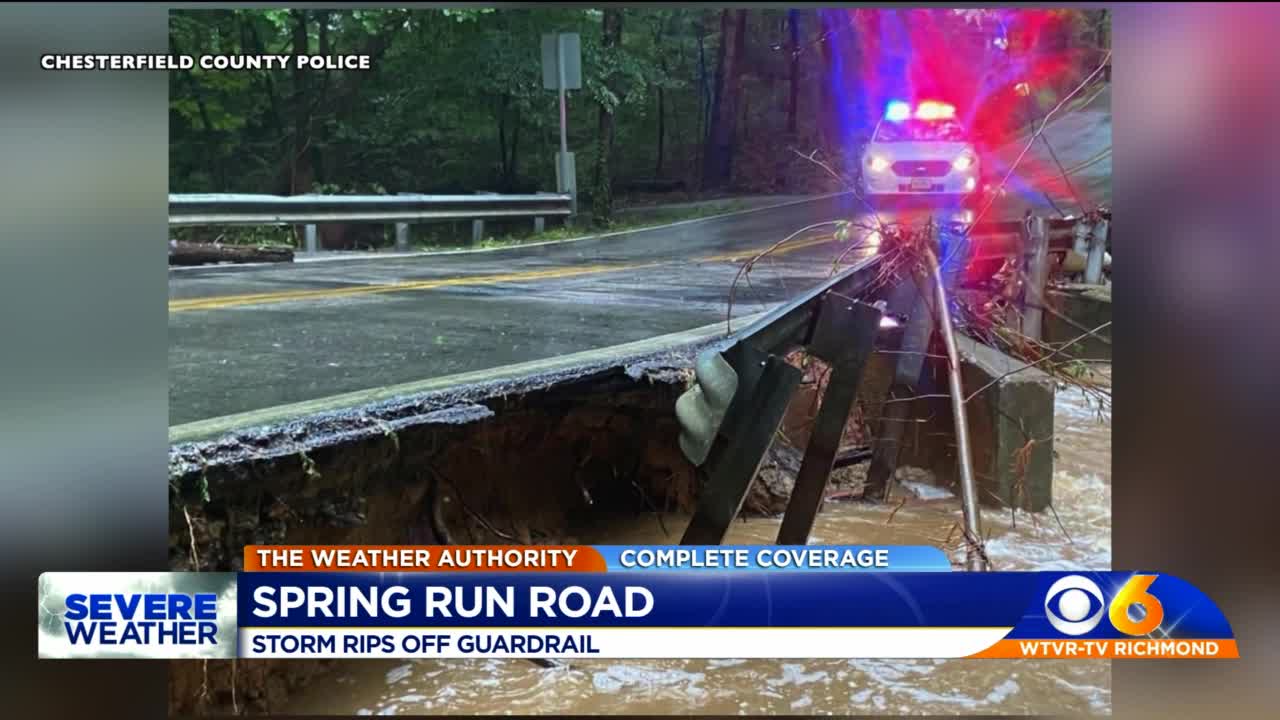 Flooding closed a number of roads across Chesterfield County Saturday. 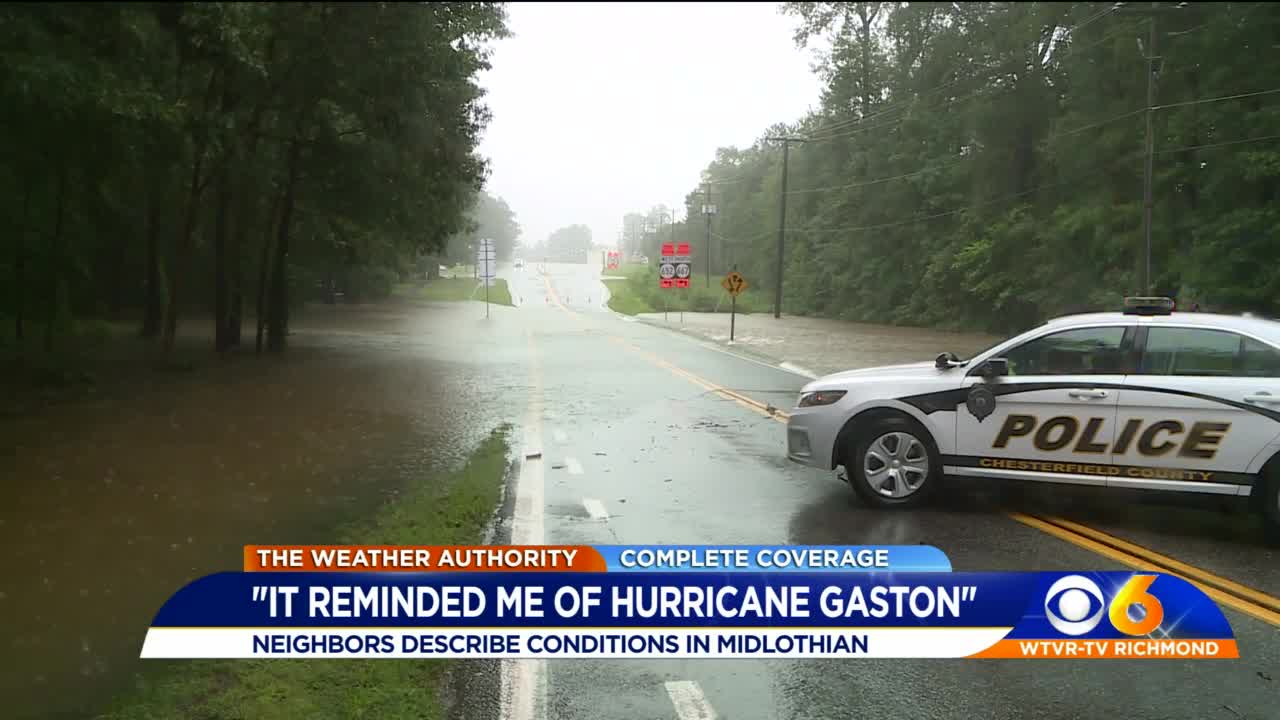 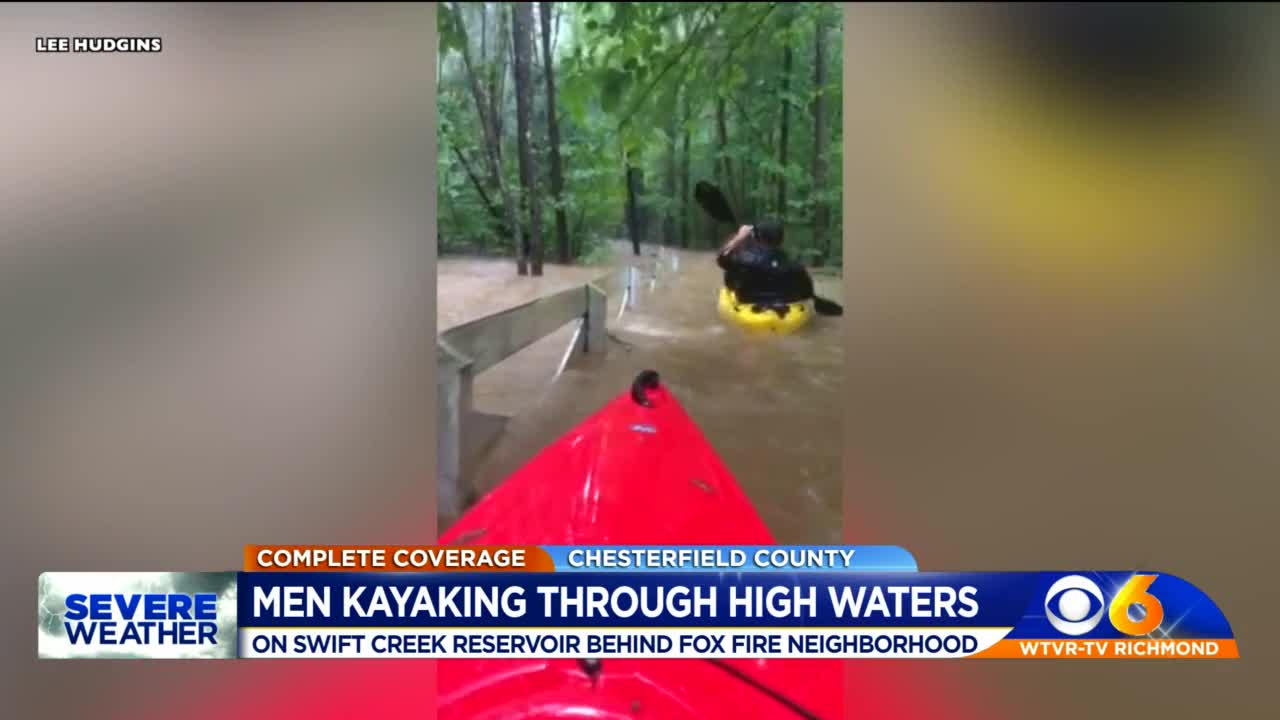 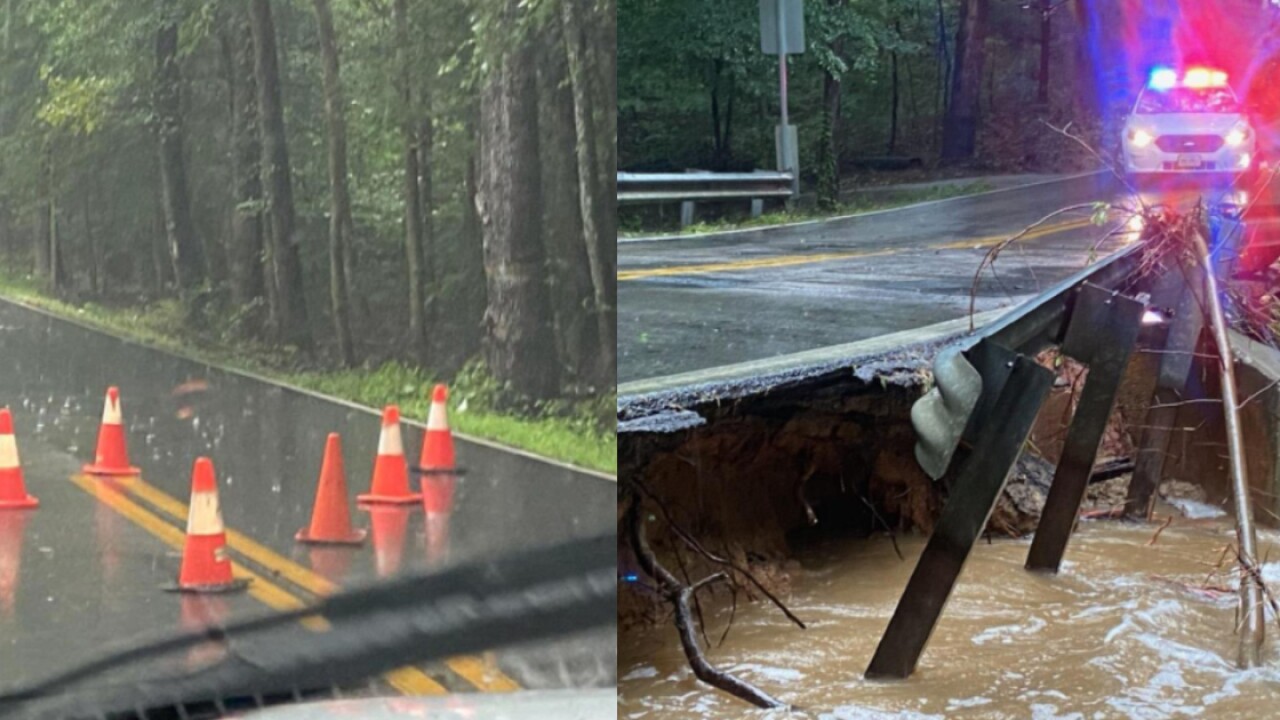 CHESTERFIELD COUNTY, Va. -- Police shared a jaw-dropping photo of the power of Mother Nature after posting a warning to drivers tempted to bypass or even pick up and move cones used to close off roads in Chesterfield County.

Multiple flood warnings are in effect and a Flash Flood Watch continues through Sunday morning. There is the potential for more locations to get multiple inches of rain overnight.

"We have a few ways to close roads," Chesterfield Police posted along with a photo of Spring Run Road. "One is using cones (they’re in our cars). Would you believe people are still driving around them, even moving them to go where they want??? Stop! Don’t touch!"

Less than three hours after that post, police showed that the rushing water had bent the guardrail along the road and eaten away the soil underneath the pavement.

"The water that flooded the road behind the officer’s car, has gone down and so has the structure," police wrote. "No jacked-up, raised vehicle will save you from this. Please take these flooded roads seriously, it’s for your safety. Stay home if you can."

We have a few ways to close roads. One is using cones (they’re in our cars). Would you believe people are still driving around them, even moving them to go where they want??? 🛑 ✋ Stop! Don’t touch! pic.twitter.com/Omzfj78fWw

Flooding also closed Hull Street at Brad McNeer until the water recedes and the road can be inspected Sunday.

Sgt. Lasorsa reports that Hull Street at Brad McNeer will be closed over night until the road can be inspected tomorrow. pic.twitter.com/DpTVOUkSj4

Chesterfield County declared a local state of emergency because of flooding Saturday afternoon.

"Many roads in the county are impassable and closed due to high water," officials said. "If you come across a road that's closed or water is covering it, turn around, don't drive through it!"

Additionally, authorities evacuated homes in the "danger path of the water" downstream from the Falling Creek Dam in North Chesterfield.