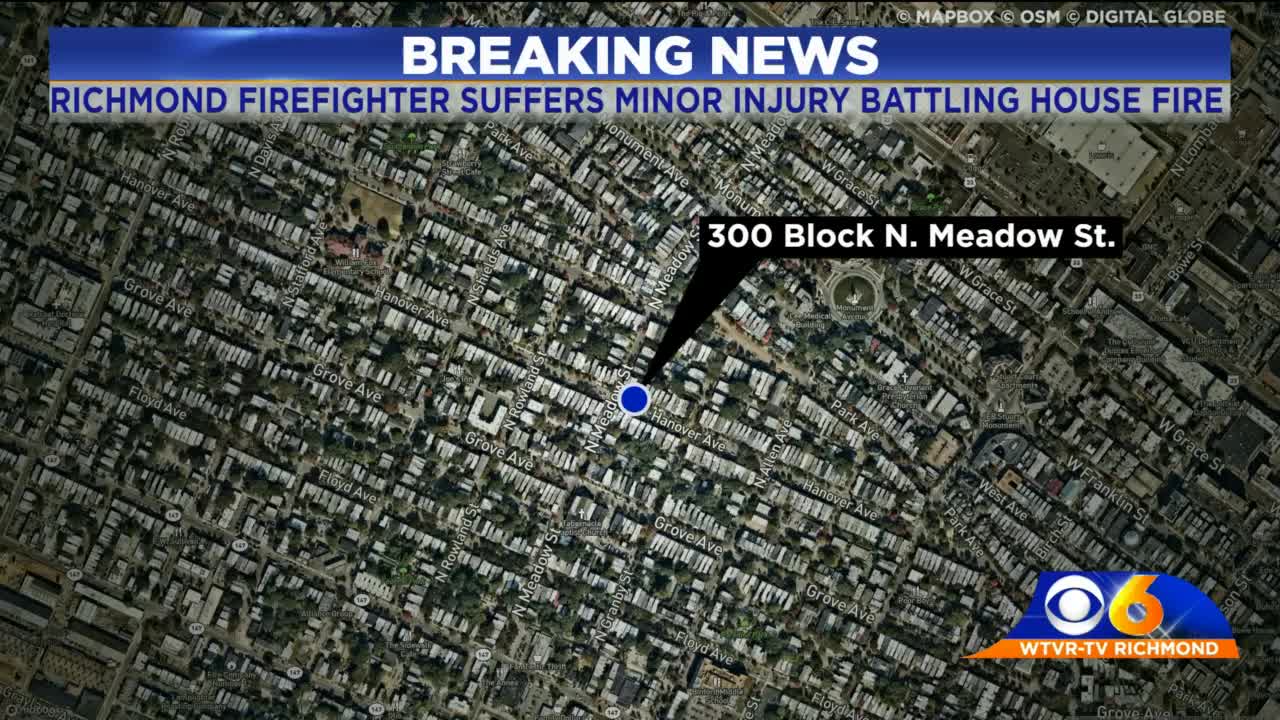 Officials said the firefighter has a minor injury.

When crews arrived to the home along the300 block of N. Meadow Street, firefighters spotted heavy smoke and fire coming from a room.

"Everyone was reported outside as an interior attack begun," officials posted on Twitter.

Officials said the fire was quickly extinguished, but one firefighter suffered a minor injury.

There is no word yet on what caused the fire.

Working Fire: Engine 10 arrived on scene 305 N. Meadow St. with heavy smoke and fire coming from the room. Everyone was reported outside as an interior attack begun. The fire is under control, 1 Firefighter injury (minor/non-emergent) to report, no fatalities at this time. #1RVA pic.twitter.com/CzJZ2BtS9r