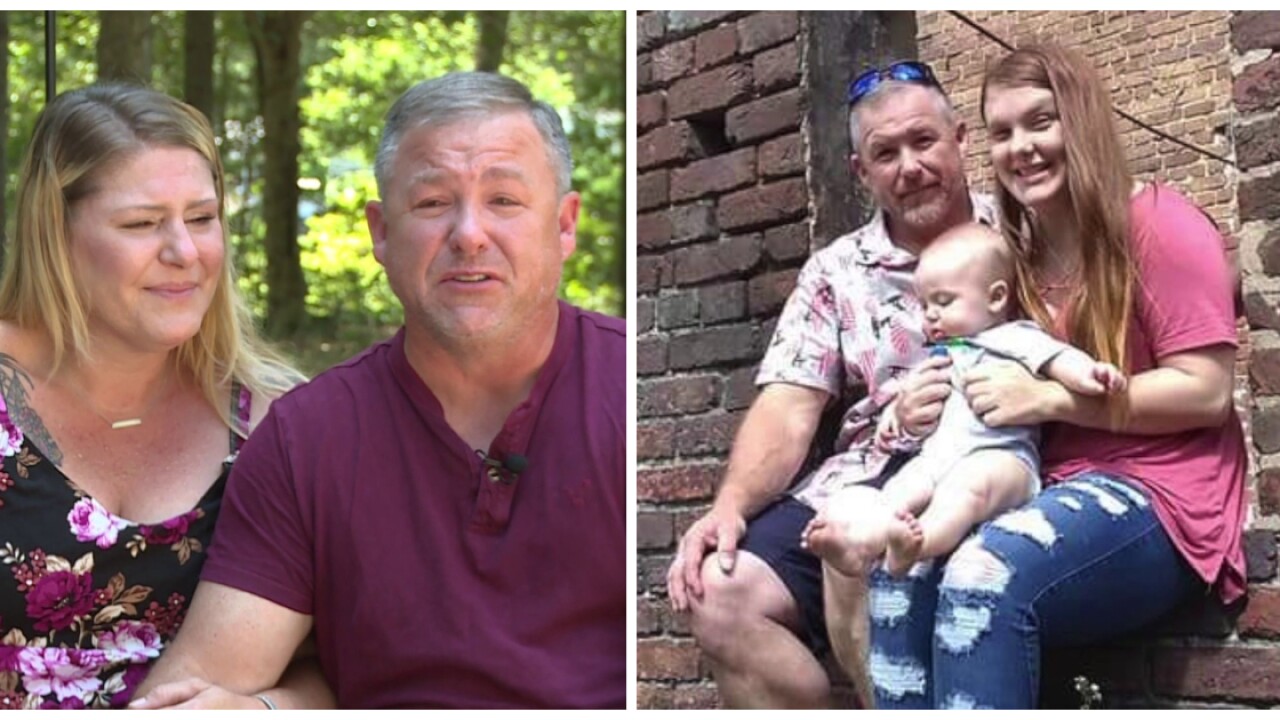 PETERSBURG, Va. -- Mike Jarrat says his heart will be broken for the rest of his life following the death of his daughter Kaitlyn and her mother Noelle. Both were killed in a head-on crash in Petersburg on Saturday.

Jarratt and his fiancee now try to focus on the good times.

"She left out of here Friday, we have some amazing pictures, before she left of her and I, and all the families, brothers and sisters, we had a great day".

"Mike had her sitting on his knee, out here, telling her how much I loved her and how proud I was of her," said Kristin Wray, Jarratt's Fiance' and step-mom of sorts to Kaitlyn.

The family says Kaitlyn was pregnant with her second child who was due in December. She also leaves behind her toddler son.

On Saturday, a phone call from her mother changed her plans and she got in her car along with her younger brother and sister to head to the beach for the day.

"It's just been a tragic loss, all the way around," said Jarratt.

Kristin said that "Kaitlyn was really proud of her mama," who had recently graduated and gotten a job in the addiction recovery field.

The family said that Kaitlyn's dream was to be a nurse and that she had completed her first year at John Tyler.

A GoFundMe has been set up for Noelle and Kaitlyn to help pay for funeral expenses.

Katilyn's younger brother and sister, who were in the car with her and her mother were also taken to the hospital.

The brother had surgery and there was a possibility he could go home Monday.

The sixteen-year-old sister had another surgery on Monday and remains in the hospital.

Harris had his first appearance in court, facing multiple charges including two counts of manslaughter.

He was given a public defender and remains behind bars with no bond.