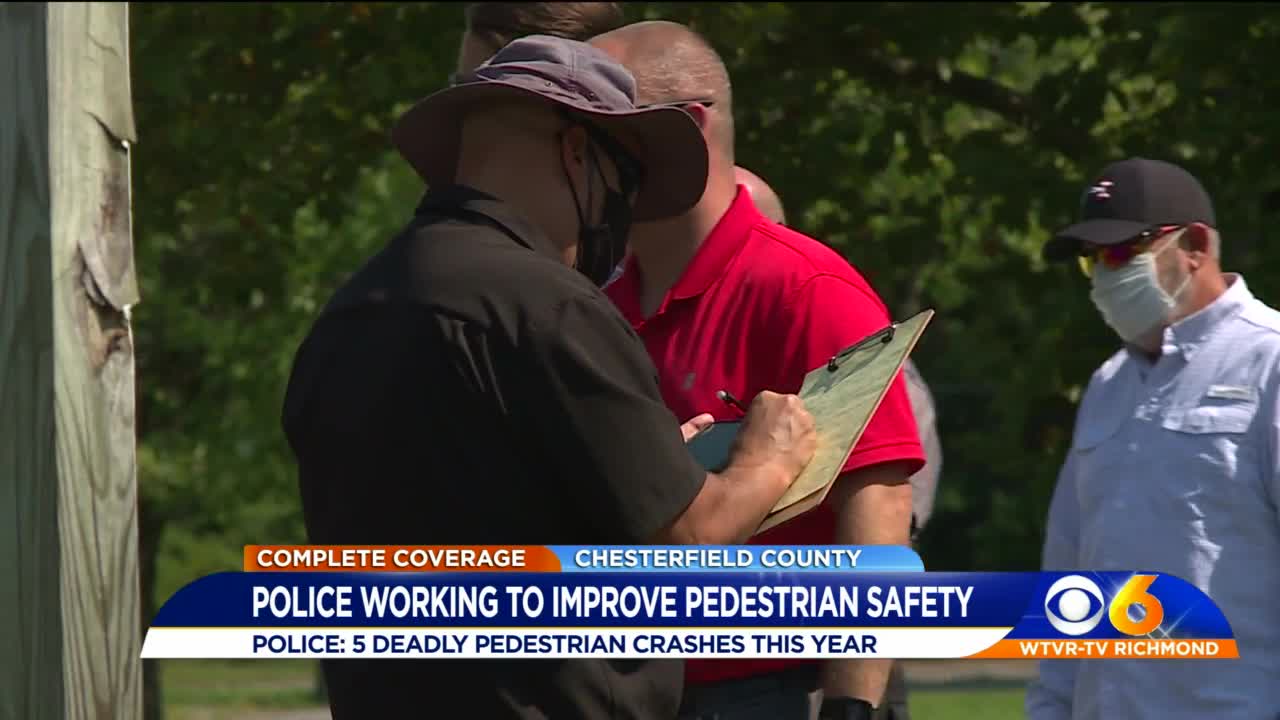 In 90-degree weather Wednesday afternoon, dozens of Chesterfield officers got a crash course on how to be better investigators. 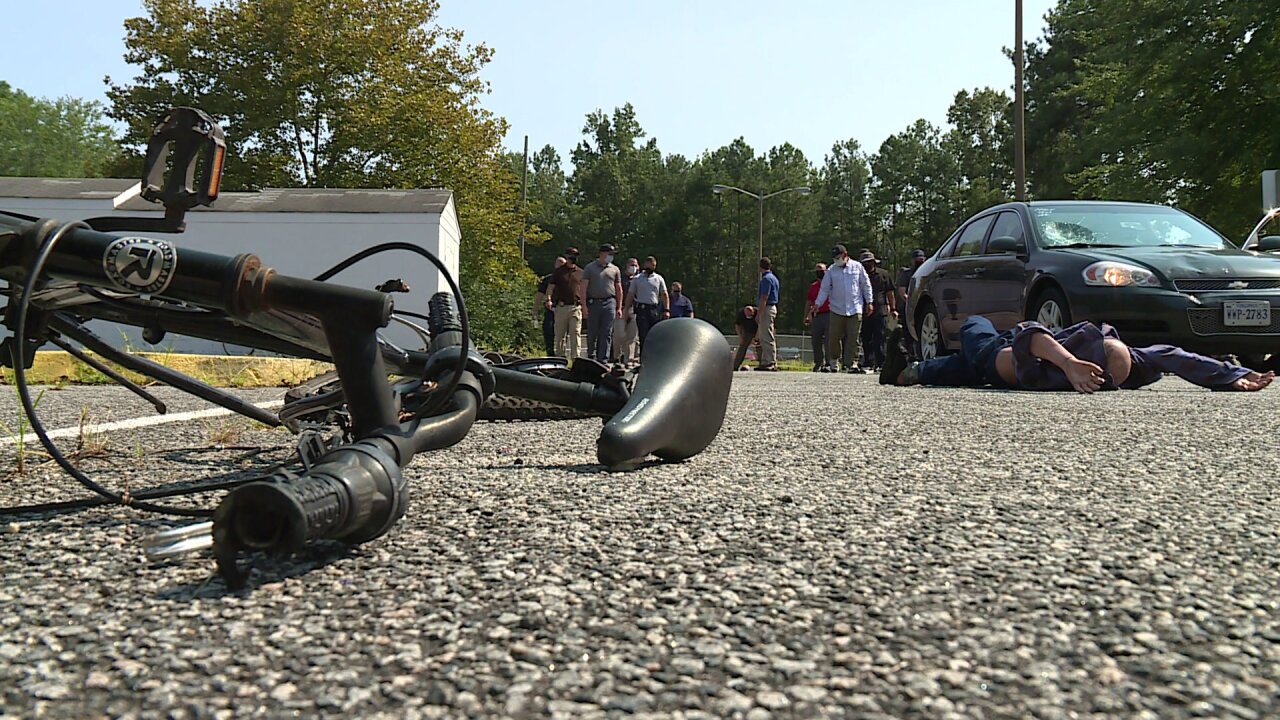 CHESTERFIELD, Va. -- In 90-degree weather Wednesday afternoon, dozens of Chesterfield officers got a crash course on how to be better investigators.

"What we’ve got going on here today is a pedestrian bicycle crash school," Sgt. Stephen Rouze said. They’re trying to improve driver pedestrian safety on the highways by looking at impact data from a high-speed crash. “They’re going to go through all the science behind that to help them reconstruct crashes when they happen," Sgt. Rouze said.

Steven Carbajal was one of the instructors.

He used a dummy and old bike for crash simulation props. "We would look for skid marks on a car, we would look to see how far the pedestrian traveled, how far the bike traveled, take all of those measurements," Carbajal said.

Officers said this course is more important than ever, with an increasing amount of pedestrian fatalities in the county.

"This year Chesterfield has had 5 pedestrian fatalities, two of those were on Jeff Davis Highway, three of those on Hull Street Road."

Sgt. Rouze said last year there were five pedestrian fatalities in the county as well.

In July 2020, a man was killed crossing Jefferson Davis Highway after dark.

In January, police said a 59-year-old man was fatally struck by a hit and run driver along Hull Street in broad daylight.
“There’s nothing worse in this job than having to tell someone their loved one was killed, and we just want people to get home at the end of the day," Sgt. Rouze said. “Really what it comes down to is sometimes is just getting answers for loved ones or family members for friends," Carbajal added.

In the meantime, officers said they’re working with VDOT and Chesterfield transportation to improve roadways.

“We’re just trying to make sure that everybody follows the rules," Carbajal said. "We want to share the road and we want everyone to maintain their safety out there.” Officers said when walking and biking at night, its best to wear light colored reflective gear and to bring a flashlight. It's best to always walk against traffic if there is no sidewalk and bike with it, when cycling.