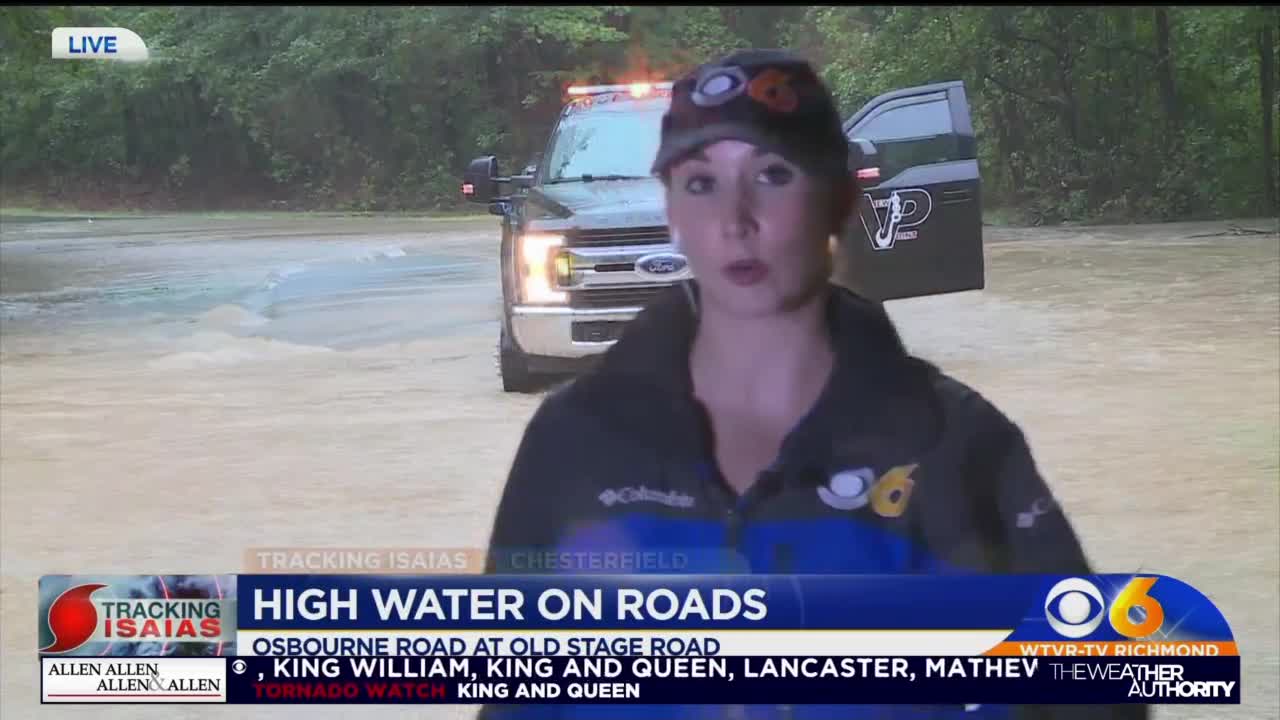 Tow trucks were dispatched to help pull the vehicles to dry land.

Crews waded in water more than ankle deep, removed debris, and used a cable to pull the vehicle out.

Hours later and just a few miles north, a portion of Coxendale Road, was closed off due to flooding as well.

"Right at the top of the hill on the right hand there’s a landscape shop that’s where I keep all my equipment," said Chris Holt.

"The road is closed on the other side, so I’m going to have to chance it and go through it," said Holt. "But I just saw a vehicle and I’ve done it before -- so I’m not that worried about it."

For Holt, it was a chance he was willing to take. He drove his truck across the water and made it to the other side.

He said he had seen the road flood before, but not quite like this.

"I did not think it was going to be this bad, but I didn't know what to expect," Holt said.