"We should all be able to agree that Black Lives Matter." 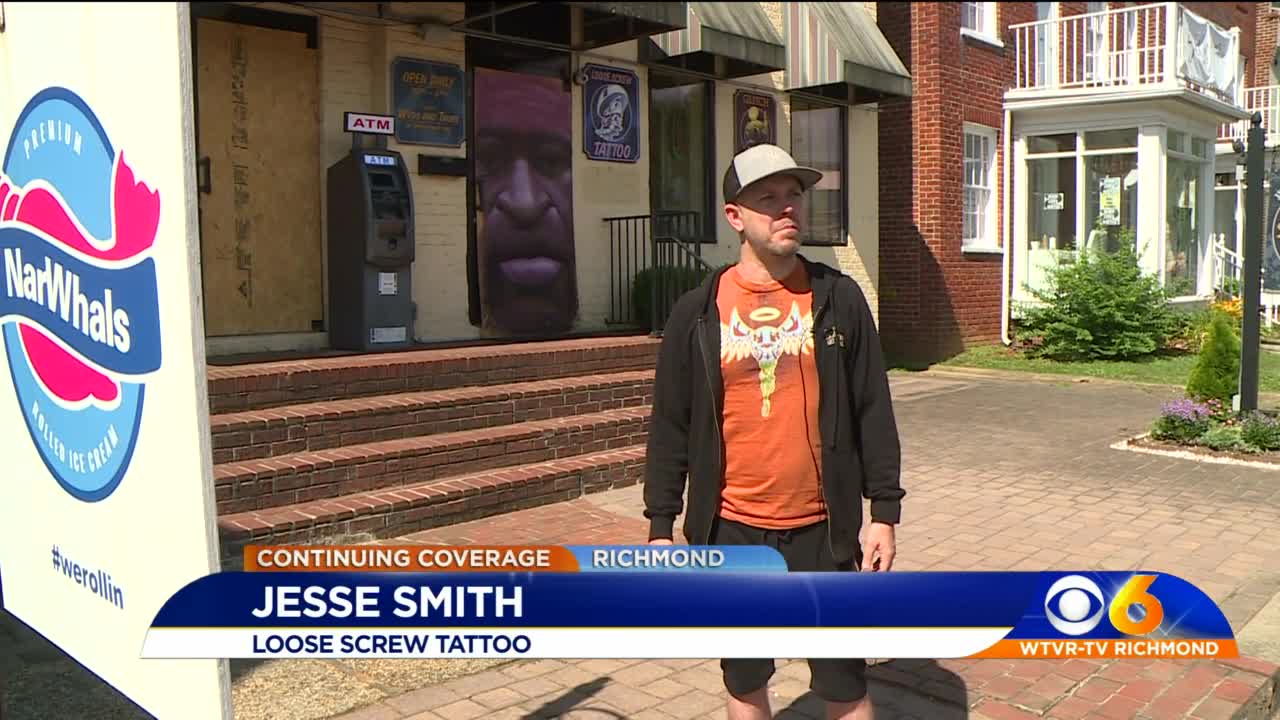 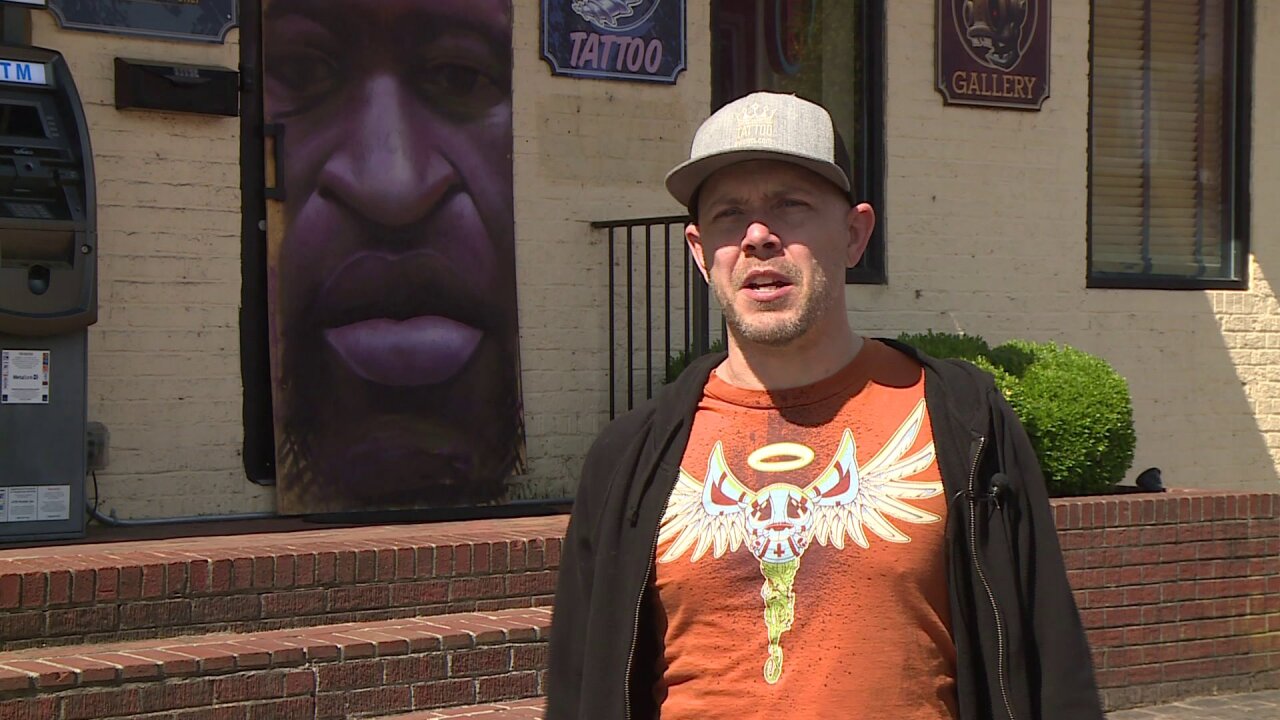 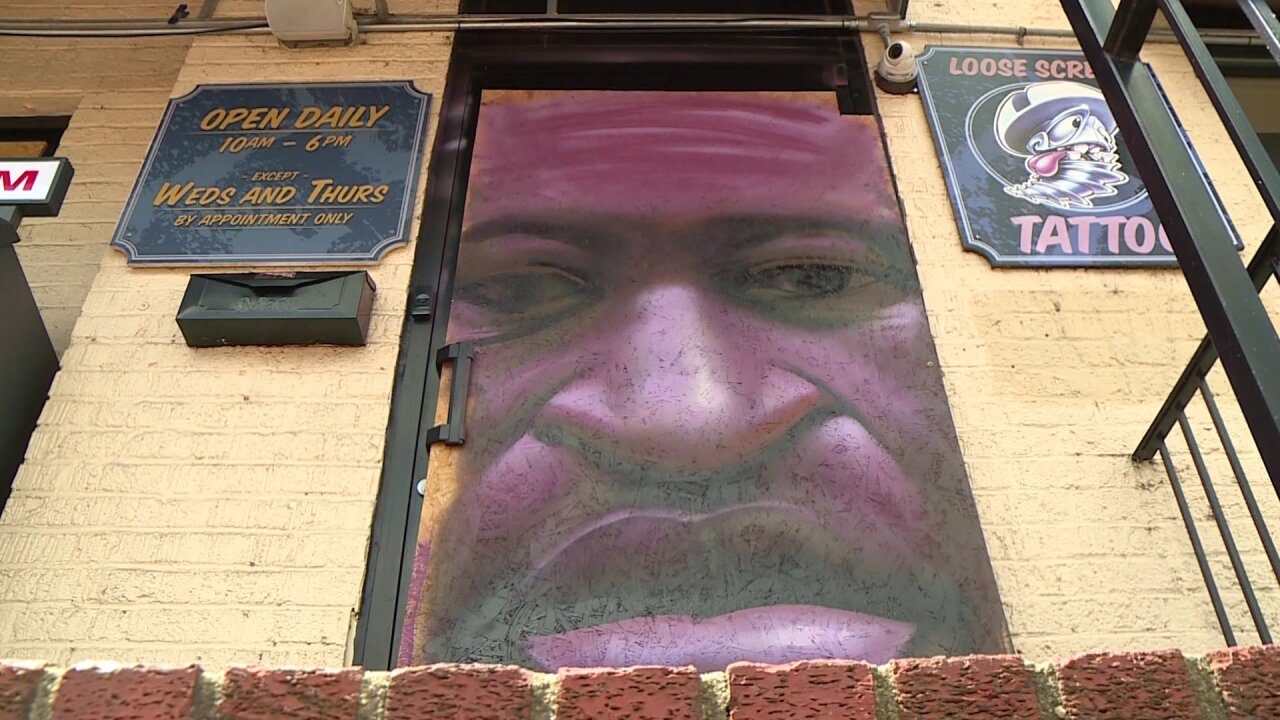 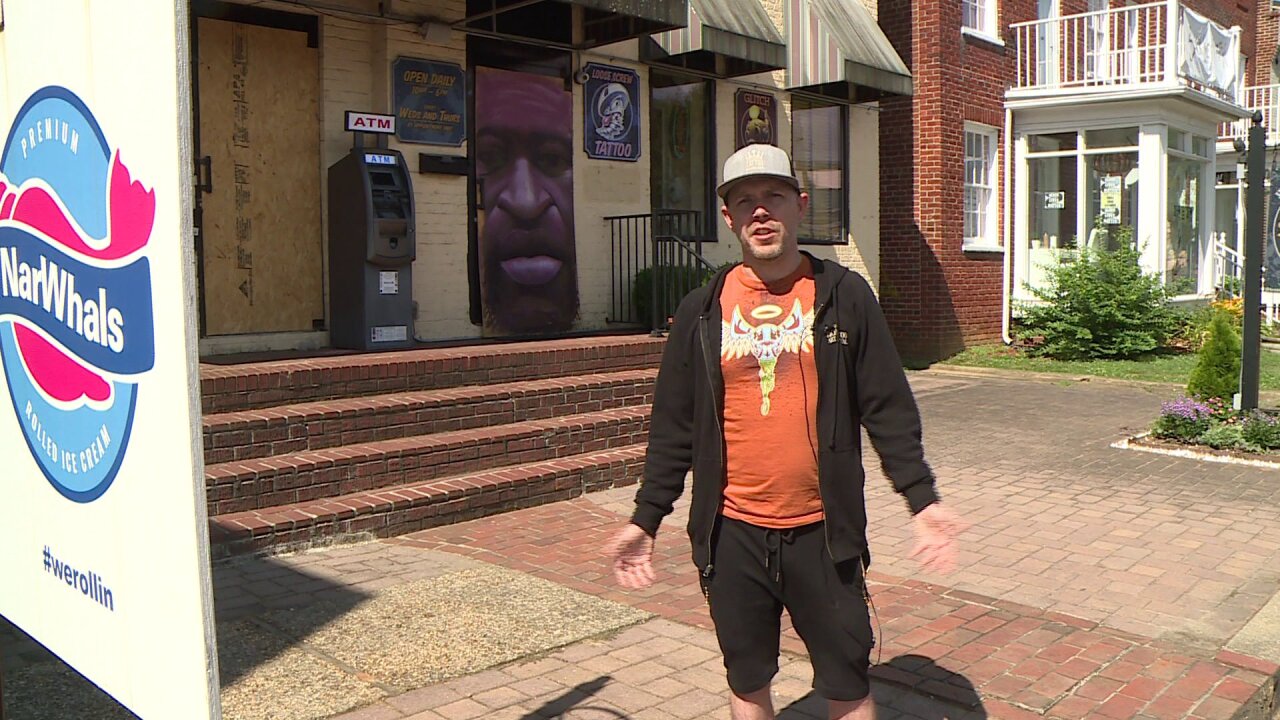 RICHMOND, Va - Local tattoo artist Jesse Smith, who owns Loose Screw Tattoo in Carytown, knew his usual style would not match the mood or the moment when he set out to paint a mural of George Floyd more than a month ago.

“My style is kind of a goofy, cartoony style,” he said. “George Floyd's face has become more than just George Floyd... it’s a representation of something bigger.”

The plywood board that Smith placed over the front door of his shop in June has displayed the face of the Minneapolis man, whose killing under the knee of a police officer sparked global protests, including Richmond.

Smith is now partnering with a local organization to auction the work and raise money to help low income Richmonders.

“I have a lot of friends who are in pain over that situation,” Smith said.

After an initial round of protest that saw the destruction of property in downtown Richmond, many businesses boarded up windows and doors in response. Since then, plywood and walls have transformed into canvass for artistic expression in many parts of downtown Richmond.

Much of the public facing artwork that has come following Floyd’s killing, more than 1,200 miles from Richmond, illustrates the deep set pain in the Black community caused by systemic racism and a call to action to change them.

Phrases like “we need to talk” and “truth to power” are painted on boards up and down Broad Street in the Arts District.

“It’s just this innate feeling that we have to decorate, but also communicate,” Smith said of the artistic community in Richmond. “You know, art is a visual communication of the times that are happening right now.”

Smith and local organization MAD RVA are partnering to auction off the mural, and all of the proceeds would go to the group. MAD RVA provides mutual aid, like food and supplies, and mini-grants to help out low income residents in Richmond.

“At this point in my career, I don’t keep any of my art after I finish it, I typically sell it. But obviously with this one, I felt like it was distasteful to sell it and keep the money,” Smith said. “It’s good to know you can take your art and transform it into helping other people.”

Loose Screw Tattoo has faced backlash since the mural has been very public facing in front of the Carytown shop. Smith says he sees the mural as his contribution to the scope of deeper conversations at play right now.

“When we started to promote this online, we lost a lot of followers, which I was really surprised about. It’s really unfortunate,” he said. “We should all be able to agree that Black Lives Matter. But I think people have this thought in their head as what Black Lives Matter represents, other than Black Lives Matter... Black lives do matter, and we should definitely work to support them.”

The auction for the mural is live and runs through July 17. Anyone can place a bid by visiting this website.