Bernie Sanders: '“I think all Democrats are going to come together to beat Trump"

"I think what our campaign can do maybe better than other campaigns is bring new people into the political process."
Posted: 9:07 PM, Feb 27, 2020
By: Web Staff 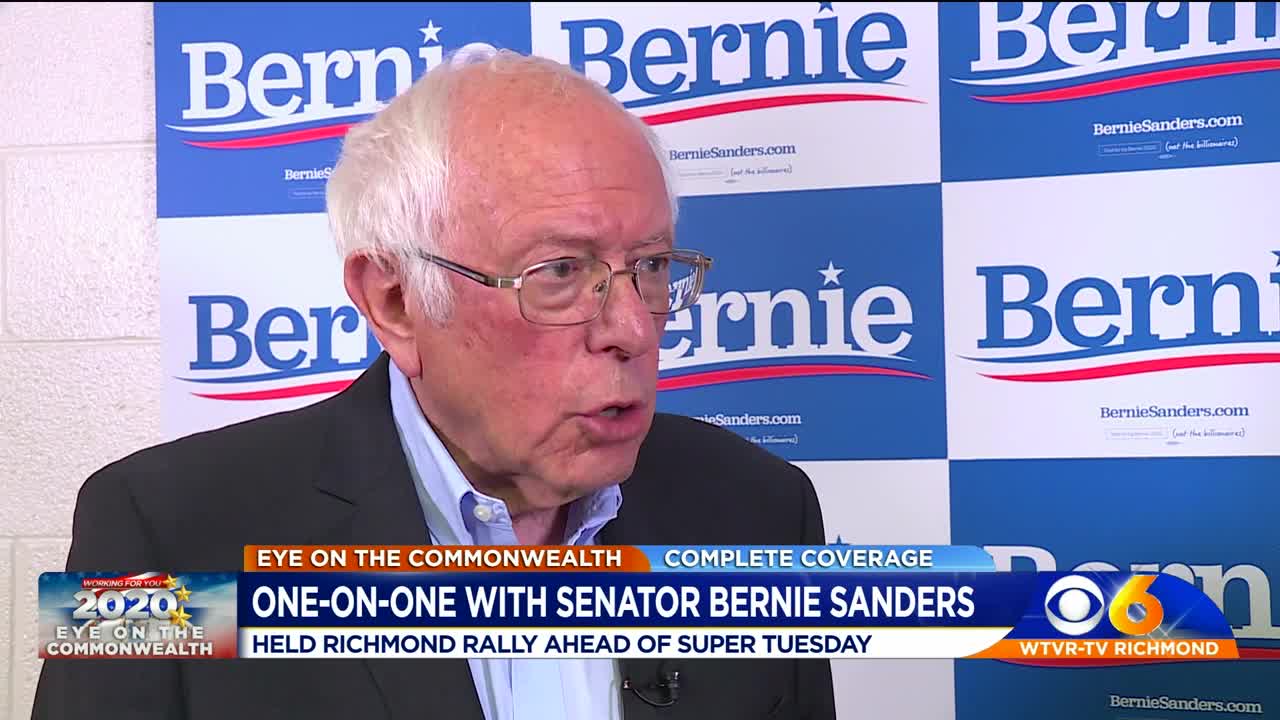 In an interview with CBS 6, presidential hopeful and Democratic front-runner Bernie Sanders said that he believes all democrats will come together to defeat President Trump. 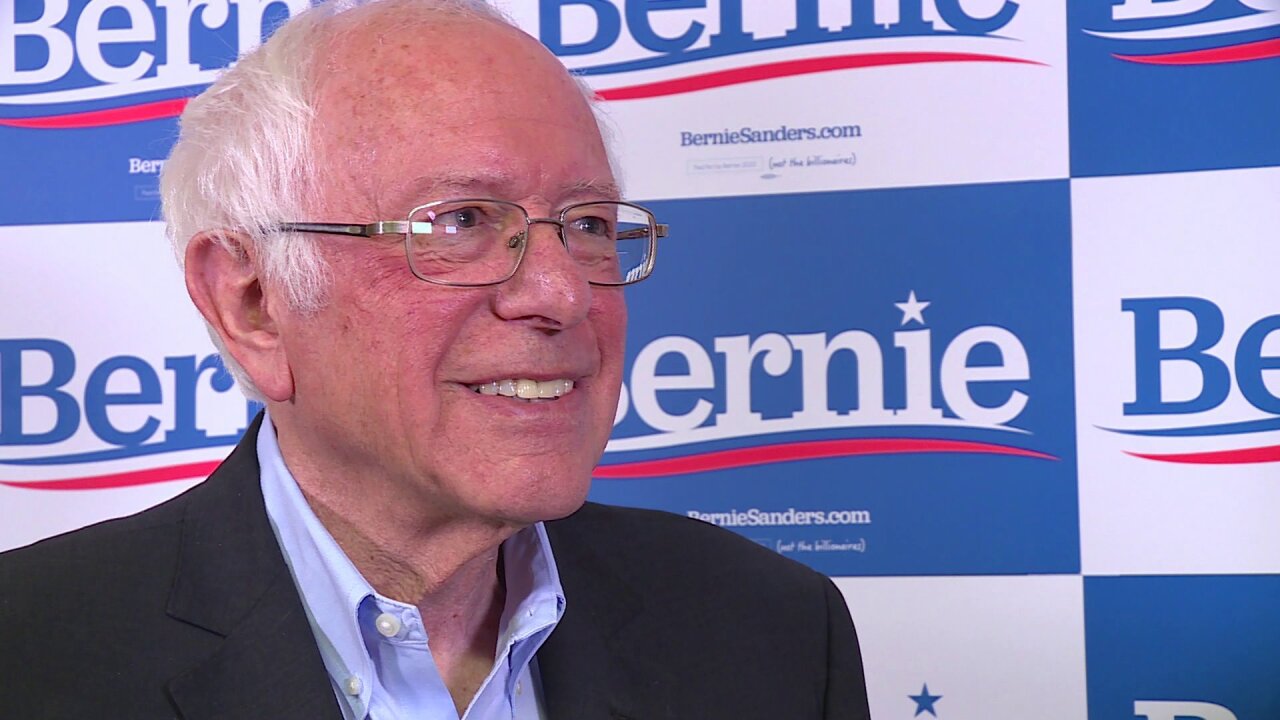 RICHMOND, Va. -- In an interview with CBS 6, presidential hopeful and Democratic front-runner Bernie Sanders said that he believes all Democrats will come together to defeat President Trump.

Noting that Virginia is a newly blue state, Fitzgerald asked Sanders how he plans on winning the votes of newly-blue Virginians who are more likely to opt for "establishment democrats," like Democratic candidate Joe Biden.

"I think what our campaign can do maybe better than other campaigns is bring new people into the political process," Sanders said. "Young people, working class people, people who have maybe given up on politics, because they’ve been sold out for so many years.”

But to win the presidency, Sanders said to CBS-6 that he would need "the largest voter turnout in the history of the country." Fortunately, Sanders said, his agenda appeals to diverse groups of voters who he hopes to mobilize ahead of the November election.

When asked if he would be back to visit Richmond if he wins the Democratic nomination, Sanders confirmed that he does not take his support in Virginia for granted.

“Virginia is a battleground state," Sanders explained. "we take nothing for granted, and winning Virginia is an important part of beating Trump.”

Sanders also responded to a report in the New York Times about so-called Democratic superdelegates' reluctance to support a Sanders candidacy at the party's Milwaukee convention this summer, even if he has amassed the most delegates at that point.

"The candidate who walks into the convention in Milwaukee with the most votes is going to come out with the nomination," he said. "It will be very hard for superdelegates, part of the Democratic establishment, the political establishment, to explain to the American people, 'Oh we decided not to give the nomination to the candidate who ended up with the most votes.' That would be a hard thing to explain, I think."