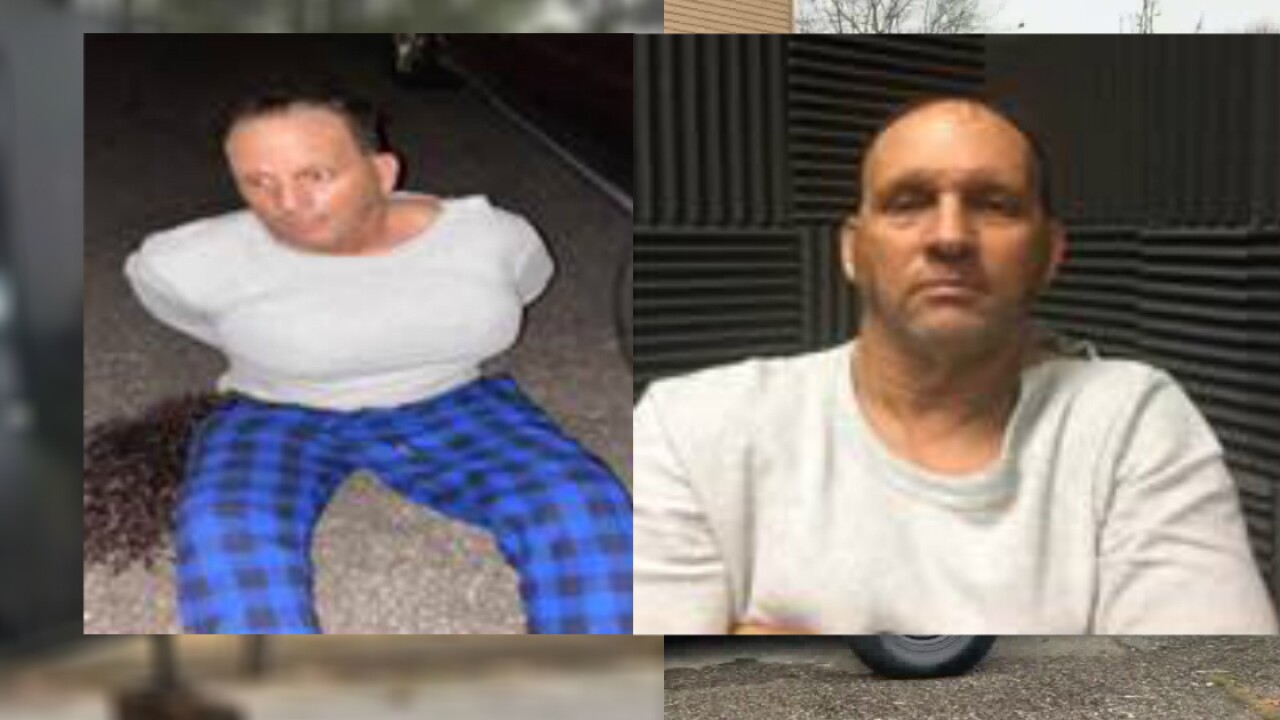 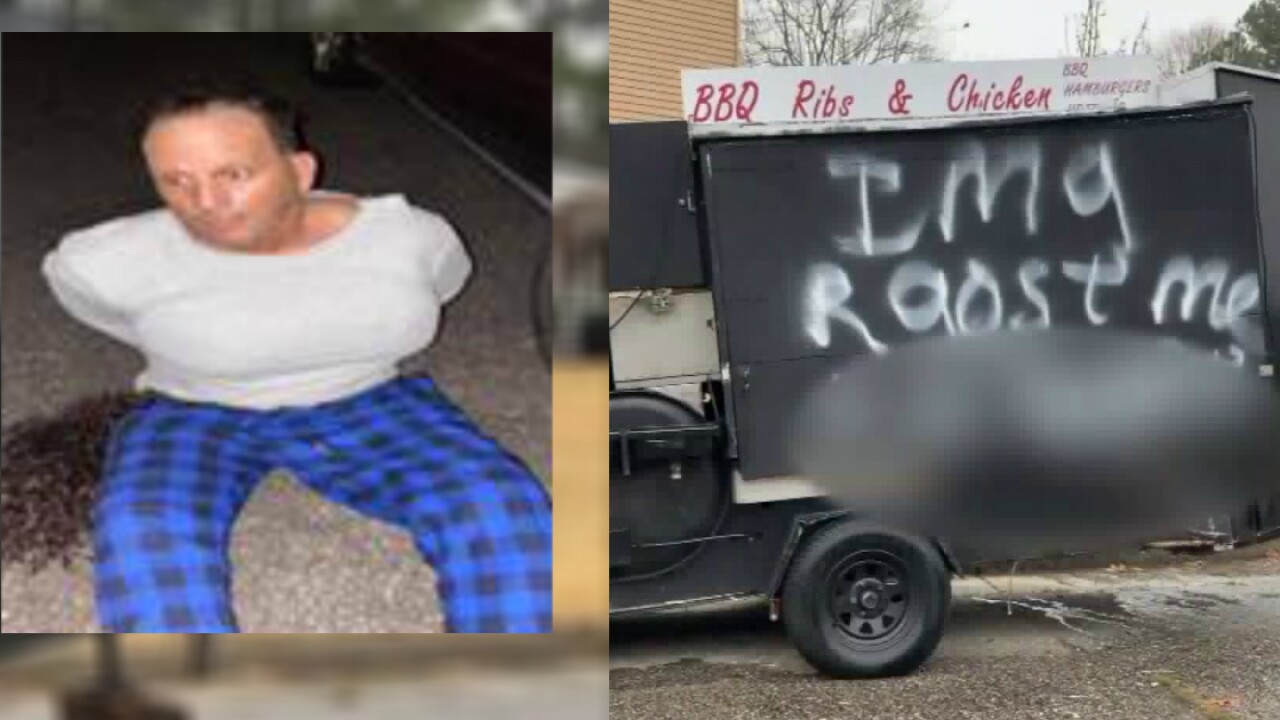 PETERSBURG, Va. -- A man dressed as a woman was arrested Sunday night for a spate of racist graffiti and other types of vandalism in a Peterbsurg neighborhood, police said.

Officials said more than 30 acts of vandalism to homes, cars and and mailboxes in the Berkeley Manor subdivision were reported since the first incident in mid-December.

Detectives with the Special Investigations Unit spotted a man disguised as a woman walk up to a home in the 3500 block of Francis Street just after 10:50 p.m. and tag the structure with paint, according to police.

Reed is being held on multiple counts of felony vandalism and stalking in connection to a home on Francis Street, police said.

Additionally, police said an Emergency Protective Order was issued in the case.

Reed is being held without bond pending his appearance in court.

“The Petersburg Bureau of Police would like to thank the public and our Special Investigations Unit for work that was done on a vandalism case from Berkeley Manor,” Capt. Emanuel Chambliss with Petersburg Police said. “It was through the partnership between the community and police that made this arrest possible.”

Neighbors first awoke to their homes, cars, and businesses splashed with spray paint, windows busted out with what looked to be BB guns and eggs in their mailboxes on Friday, Dec. 13.

"This -- it was just shock. Just shock. Like nothing ever happens here," said Brandy Ashe, who has lived in the neighborhood for seven years.<p></p> <p>

Ashe said she got a phone call from her son while at work at 2 a.m. Then came home to find her family business -- a food truck -- had been vandalized.</p>

"I was afraid, I was hurt, because it’s in front of my home. It’s my property, but more than that it’s not just my property but this is where, this is where my peace is," said Ashe.

But Ashe said she quickly realized she was not the only one in her neighborhood who had been hit.

"When I talked to the police officers, I realized not only was my property vandalized, it was all of my neighbors," she said. "The windows were broken, things were left in mailboxes. The whole neighborhood if your car was left on the street it was vandalized."

Neighbors caught footage of what looks to be a suspected vandal in action.

"On my car that was parked on the street they wrote the letters KKK," one neighbor said.

Ashe said even worse than the racial slurs was the way in which the messages of hate were used.